Please. Can Trump just go away?

Please, news reporting agencies, just forget about this doofus.
Trump Spanked for Absence From 9/11 Memorial Services: ‘Ceremony Isn’t About Him, So Why Bother’ (msn.com)

I have no problem with your thread. However, the deliberate misspelling of Trump’s name is needlessly provocative in this forum, so I’m going to change it to the correct spelling.

“He had the option to attend but decided to honor the day with different stops,” Trump’s spokeswoman, Liz Harrington, said.

AKA, He did not get permission from Putin to attend.

They just can’t help themselves. Any mention of “Trump” is guaranteed to bring clicks and advertising revenue even though “Former President Donald Trump acting like a self-absorbed narcissist” is so far from being anything even approximating news that they would do better to just re-air clips from the latest episode of TMZ. There is hope for them, though, if they’ll just take heed to a little good advice: 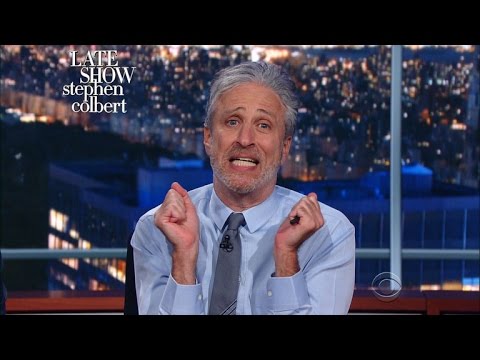 I have no problem with your thread. However, the deliberate misspelling of Trump’s name is needlessly provocative in this forum, so I’m going to change it to the correct spelling.

I concur, thanks for the note.

Yes it is a ratings game with how many eyeballs can tune in.

Please folks. These media just want your dollars and your attention.
Vet your sources of information.

He can’t go away because more are becoming aware that the two political parties are more alike than most imagine, promoting a combination of neoconservatism and neoliberalism since the Reagan admin.

That statement was absurd when I heard it used as a reason to vote for Ralph Nader in 2000.

The only thing NETWORK (1978) failed to predict is that the clown-show morons paraded before the drooling rabble and the shadowy power brokers pulling the clowns’ strings to distract the populace would eventually merge into a single hellish Brundleform.

Really? What has he done lately that is newsworthy? Because not attending a memorial because it isn’t focused on him is not only not surprising or informative in any way, it is entirely what is expected of him, and the only surprise would be if he showed up for made some kind of statement memorializing the victims and praising first responders. There persist this notion that whatever Trump does is “newsworthy” because he is Trump even if it gives him publicity, which is not only an absurd tautology but begs the question of why journalists didn’t report on Gerald Ford’s post-presidential doings or why they aren’t following Jimmy Carter around 24/7.

Legitimate news outlets have a duty to not just report information, but filter though it for veracity and identify what information is important and provide a context for how to relate it to wider events; it’s called “journalism” and is why news reporting is a profession distinct from public relations and fabulism. Of course, this is nothing new; major media outlets have failed to do their journalistic duties of being disquisitive and skeptical going back to at least the George W. Bush campaign to invade Iraq based upon fabricated evidence of a non-existent nuclear weapon program.

That CNN.com would not only present then-President Trump’s tweets (and then repeat them verbatim in text to further puff up their word count) is not evidence that the majority of tweets were in any way significant news, but rather that CNN.com is lazy and sensationalist, barely ranking above click-bait list sites for worthwhile information. And now they and other outlets are doing the same not because Trump is relevant outside of being an inept would-be demagogue with a failing business empire and former associates and family members distancing themselves from him, but because the Trump name gets clicks. And by chasing clicks, they are manufacturing “news” of Trump’s relevance to anything, putting him back int he spotlight because when has that ever gone wrong before?

‘Stop obsessing, media. Take up a hobby. I recommend journalism.’

Stewart’s best opus is still his in real time takedown of CNN’s Crossfire where he literally takes over the show from the two hosts and turns into a fifteen minute roast which resulted in CNN cancelling the show and Tucker Carlson no longer wearing bow ties.

Yeah, it pisses me off. My new PC has MS Edge installed and the homepage clickbait-ey tiles are guaranteed to feature that mook’s mug with an equally clickbait-ey blurb as the headline. Every. Day.

Gotta change that homepage at least.

At least it accomplished something.

The media got fat on four or five years of Trump. Viewership figures increased: outraged liberals and besotted conservatives both wanted more. The media are effectively addicted to Trump.

Viewership has gone down now that Trump is off Twitter and out of office. I guess the reporters just can’t go cold turkey. I also suspect that it’s unusual for a former president to skip attending such an event. I don’t think the media criticizing Trump will meet its goal: liberals won’t care (that’s just Trump being Trump) and his supporters won’t care (distrust of the mainstream media).

Just to be clear, the problem isn’t reporters (or at least the good ones, anyway); it is the senior editorial staff and financial backers who want views, clicks, and advertising revenue above all else. And one can scarcely blame them as news media has essentially become entertainment as far as most viewers are concerned.

If we were better-informed, perhaps we’d have input into reducing our affliction. But, so afflicted, we’d prefer to be amused.

But I give Trump credit for not going to the Flight 93 memorial to brag how his team did breach the Capitol.

First thing I do with a new computer is change my browser from winshit based garbage to something like Opera, Chrome or Firefox, and my homepage to something particular to me. Back in the 90s early 2000s it tended to be ummmm, Yahoo? Whighever let me just have a whole page of links to my specific sites with a calendar and newsfeed that I could pick what I wanted to show up, and movie theaters offerings and times. When they killed that functionality, I went to google as a home page, I like the different things they do for google as the header, and just the search box.

I now have my browser synched across my tablet, both laptops and the desktop we use as the TV/entertainment system. So all my bookmarks and passwords are proliferated across platforms. I also make an updated bookmark/password/important documents n files thumb drive and spare hard drive with my music and ebook collection.