My son is my pride and joy, but a little bit of a challenge when gifting.

I say this because for a recent occasion, I bought him a quad-wing hoverdrone with a really good camera; and as far as I know he didn’t ever fly it. Huh, should’ve realized I was really buying it for myself, heh.

He is into street art, but I have already got him a lot of super nice spray paint. (frankly, I think everyone did his last birthday lol) I got him one of those 3D pens (like a mini handheld 3d printer) once, but I don’t think it was really his thing. Mind you, I ask him what he wants on birthdays & Xmas, and try to fulfill any requests; but I like to throw in a couple surprises too.

I appreciate whatever you guys can think of, especially people from his demographic/cohort.

(P.S.: Sorry to be asking this two days after Halloween. It’s a budget thing.)

A screen-printing kit and a mess of plain t-shirts?

Does he shave? You can get him a fancy shaving kit, or a membership in the Dollar Shave Club.

Or any of a number of subscription boxes that cater to a WIDE variety of audiences. https://boxes.hellosubscription.com/

My son is a college sophomore; these days our presents to him are either gift certificates for Ruby’s Diner or Wawa’s (two local eating establishments he loves) or subsidizing airfare to visit his girlfriend in Canada. None of that is “cool,” but it is practical and also flexible, budget-wise: you can spend as much or little as you feel like.

Does he like computers and stuff? Given the artistic side, maybe he’d be interested in a good art tablet so he could do his art digitally, too.

Though I’d definitely suggest using methods to feel out on that one, due to the cost. It’s just something that popped in my head.

Tickets to sports team or concert , or art show. Food cards are good gifts, my kids love them.

Pay a bill for him

Mostly we give our (newly) 24 year old cash. Because he buys himself all the cool stuff he wants (trade school graduate, owns his own house((and mortgage)), his own car.)

I would need a little bit more info:

does he like playing pc games (buy him a subscription, tee-shirts etc based on whatever game he plays).

Does he have a favorite food? My boys all love pickles so each one gets a jar of expensive (to us) pickles.

Clothes: while we never found shopping fun as long as their Nana had their sizes (all my boys) they loved getting 1-3 nicer bits of clothes even if most of the time they sat around in sweats or plain jeans. They especially liked going (still do, when they can) with their Nana to pick stuff out, have lunch and hand out a hug

Street Art… maybe take pictures of what he has done and have it made into a framed photo (I am forgetting what the bigger pictures are called). 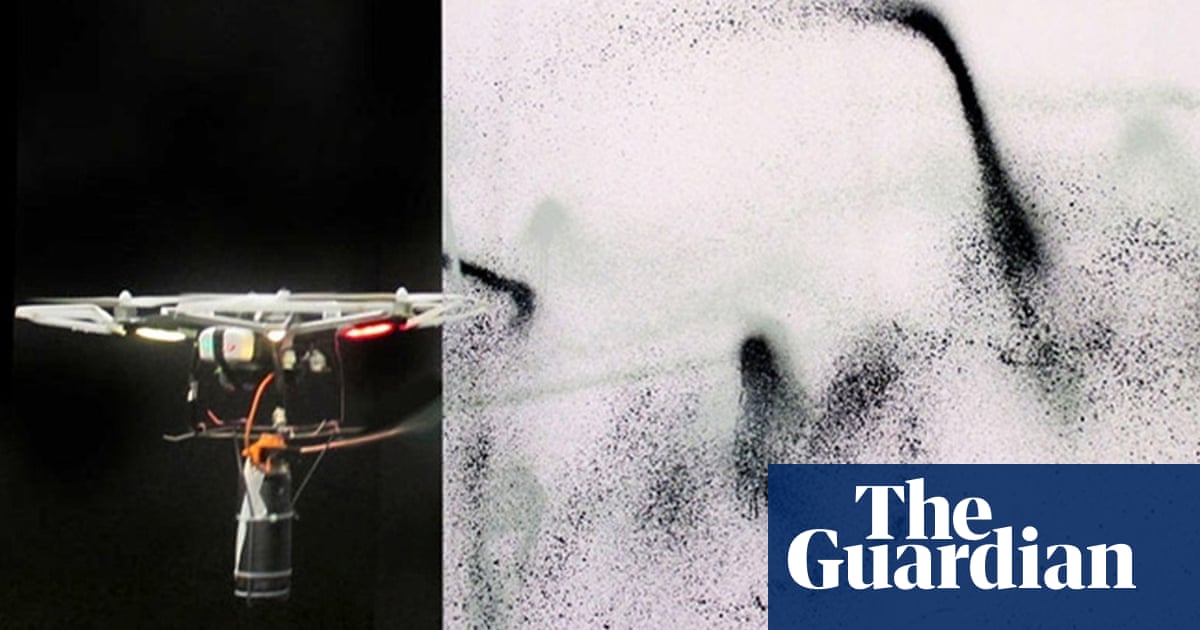 Spraycopter: the graffiti drone that does street art

Or, you know, a retainer. The sad reality of our society is that he’ll be needing a lawyer eventually.

Look on aliexpress for all sorts of art supplies, much, much, cheaper.

Just thought of another recent gift to our son that was a big hit: a New York Times subscription.

He’s getting a subscription to Wired for Christmas.

Just thought of another recent gift to our son that was a big hit: a New York Times subscription.

He’s getting a subscription to Wired for Christmas.

In this vein, maybe a Pandora subscription or the likes. That’s what my mom has gotten me the last couple yrs.

Ask him what he wants.

Just ask him. As in you want an online link to the exact item he wants. He gets what he wants/needs and you get something to wrap.

Alternately, ask his best friends what would be a good gift. If anyone would know, they would.

This looks like it will be a blast to play with, especially for an artist:

Only $20; assuming he already has a VR headset.

Or, you know, a retainer. The sad reality of our society is that he’ll be needing a lawyer eventually.

Why is it a “sad reality” that vandals get in trouble for vandalism?

I was going to suggest a drone… Oh well.

As someone also into street art, head into a Barnes and Noble or the like and go to the art sections. There are some really good graffiti art books and I can guarantee it’s something he’ll love.

OR if you live in the NYC area, head down to Canal and West Broadway. There a store just off the corner called “Scrap Yard” (small store but stocked FULL of graffiti related stuff including Montana Paints which is an incredible spray paint). They also sell some well known street artists work on canvas along with some figurines, “blank” subway train models (letting him “paint” the trains) magazines, videos, clothing etc.

May I introduce you to thisiswhyimbroke.com. Yes, some things are there just to prove people will pay for anything, but I’ve found awesome, unique gifts for people that I never would have thought of in a million years. Just go to Gifts For Men, set your budget, and have fun!