Plumbing: do I need to replace my PRV?

I installed a Flo shutoff valve last year, so for the first time I have data on my (domestic) water pressure. The average of 55psi is perfect, but the pressure here seems to vary considerably, and there are transient peaks occasionally as high as 95psi (measured downstream of the PRV). 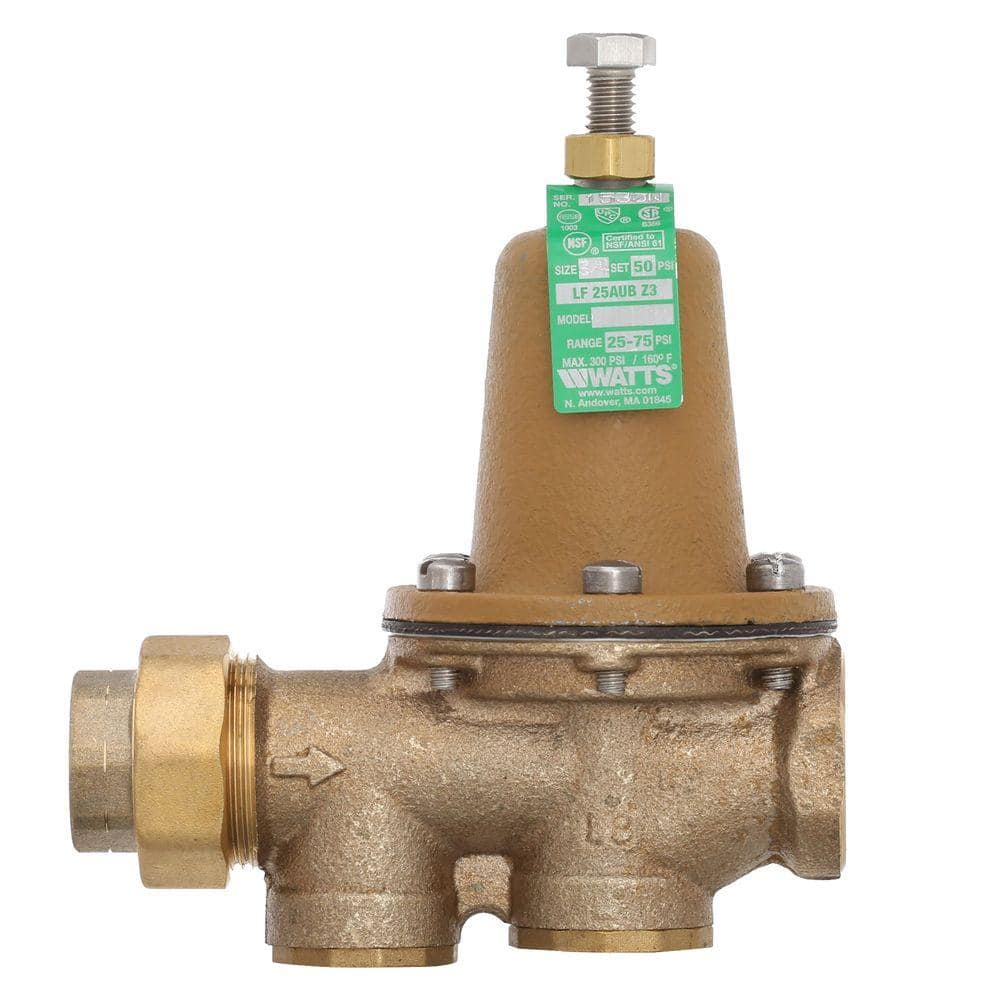 This lead-free water pressure reducing valves is used in commercial and residential applications to reduce incoming water pressure for protection of plumbing system components and to reduce water consumption.

I have no other issues or symptoms with my plumbing. Is this within the range of normal expectations for a PRV rated 25-75, or should I replace it?

San Diego plumbers explain new regulations around water heaters and thermal expansion in San Diego and how it affects you.

Best to eyeball the static pressure with the water heater in vacation mode/shut off.

Is the PSI varying solely UP or does it vary down, too ?

IOW: if you watch your pressure, and then flush two toilets simultaneously, and run a tap while the two toilets are refilling, how much does your PSI drop ?

[providing the pressure from your actual water supplier isn’t fluctuating, explaining the variability you’re seeing. Sometimes worth pinging the water company before driving yourself nuts <grin>]

IOW: if you watch your pressure, and then flush two toilets simultaneously, and run a tap while the two toilets are refilling, how much does your PSI drop ?

I should amend that: start this test when your pressure is about normal – your 55psi average.

Obviously I’m not very experienced with plumbing - I had assumed it was just variation in delivery pressure from the mains. I’ll do some reading of your links and study the exact pattern of fluctuation, then I’ll do some experiments and report back. Thanks so much!

How transient are the pressure spikes? Momentary spikes or spikes that last many minutes or longer?

How transient are the pressure spikes?

Unfortunately I can’t find any info on how frequently the pressure is saved, and somebody obviously decided it would look more impressive if they put a smoothing function in the graph. But it’s clear that these are not just quick spikes.

Pressure this week doesn’t look like it has gone about about 70psi, but I have seen it get as high as 95psi.

You nailed it. I watched it carefully this morning, and saw the pressure rise from about 50psi to 75psi over 10 minutes or so. Sure enough, it was when the boiler was running to heat the water tank. I waited 5 minutes, turned on a faucet to release the pressure, and it came back at 50psi, did not rise again - which it surely would have done if it was a result of fluctuating mains pressure.

I have a thermal expansion tank - so I guess this is what I need to look at replacing.

Unfortunately, thermal expansion tanks don’t last forever. Most tanks eventually become waterlogged, making them unable to perform their function. Professional plumbers recommend replacing them every five to ten years. Here are a few ways to look after your expansion tank:

If your expansion tank is the same age as your PRV, I certainly wouldn’t rule out that it needs replacing, but no sense starting there.

Thanks. The expansion tank I have (Zurn XT-8) only costs $60, and it’s 9 years old. If it were $300 or something, it would motivate me to troubleshoot, but at that price…