PNW folks: Is it too soon to panic about this dry winter? Also, how's your town doing rainwise?

In Eugene we’ve just passed four weeks, in the middle of winter, with almost no rain. At least, I can’t recall seeing meaningful rain since about January 10th, although the local paper reports we’ve had about an inch since then. but I can’t say I’ve seen it.

Be that as it may, the reported total since the first of the year is 4.09 inches, which is a little over half what we should have gotten by now. With the wet fall and early winter of last year, we were still ahead on our water year totals, beginning October 1st, until a couple of days ago when we fell behind on that too.

Since the beginning of February there have been a paltry .02 inches of rain, which is next to nothing; we should have had over an inch by now. February is normally expected to bring abundant precipitation and was our hope for counterbalancing, at least somewhat, the last few years of drought. The chances of that happening now seem to be slim to none. This is like when your plane’s going to go down so you run to get your parachute, only to find that you forgot to pack it.

Is this drought ever going to end?

The drought can’t end because we’re looking at an evolving “normal” due to climate change. That being said, according to Weather.gov Oregon is running at 80-100% of normal for the current water year and snowpack is above normal so no, I’m not that worried about it. So long as our temps remain close to historical norms to keep the snowpack from melting too early (and those intense, warm Pineapple Express storms are deadly for this–yes, they bring a lot of rainfall but they also don’t bring as much snow and can really decimate the snowpack in short order, leading to flooding and a lot of wastage of water) I think we’ll be okay for the year, knock wood.

We’re not experiencing a drought in the Seattle area. The last week or two has been dry, but that’s a blessing after last month.

Less than two weeks into the new year, Seattle has already surpassed the average amount of rainfall for a typical January, with record-setting rains on Jan. 6 and Jan. 11 pushing the city’s monthly tally past 6 inches.

Historically, Eugene was significantly rainier than Seattle or Portland; particularly in the Willamette Valley it seemed that the further upriver you went, the rainier the climate. Now I think the drought may be affecting this end of the valley more than up north. Too close to California, maybe.

We had a lot of rain in the first week or so of January, but then the spigot turned off almost completely.

The drought can’t end because we’re looking at an evolving “normal” due to climate change.

Yes, to the second part- we’re looking at an evolving “normal” due to climate change. But that does not mean less rainfall. It could, sure, or maybe more. It does mean worse weather and a gradual warming.

From a CA perspective April is usually the panic month. At least down here we can hope for significant rainfall through March. Miracle March can happen, though it is uncommon. But Miracle April or May is rather rare.

But we’re already looking increasingly fucked down south. ‘Bombtober’ and a quite wet December saved us from utter devastation this year, but a dry January/February is pushing us back in the direction of square one. If the rest of the rain year fails to deliver our own break from a multi-year drought will have not really verified at all. More a blip that saved us from the late season firestorms of the last couple of years. I’m not terribly optimistic at this point, but I haven’t thrown in the hopeful towel yet.

Are water conservation measures starting to kick in? If they are, that’s a sure sign that officials are worried. If there are no new or harsher water-saving measures being enacted or discussed, that means that while it may be dry now, wet weather can come at any time, and likely will, or that officials are asleep at the wheel.

CA looks fucked up north too. I drove from Orange County to Seattle two weekends ago. Lake Shasta is above it’s worst, but still REALLY low.

Seattle not concerned at all. Snoqualmie has not gotten much snow in January, but had a big snow pack from December.

In northwestern Washington, we received a newsworthy amount of rain in November. We got quite a bit of snow after Christmas, too.

… Seattle not concerned at all. …

For the moment. I was bawn ‘n’ bred here, and have lived here continuously for more than fifty years; but I recall thinking last fall that I had never seen so much brown on the flanks of Mt Tahoma*. So while our chestnuts may have been pulled out of the proverbial fire this time, I’m not betting my life savings that this will continue.

* Or Mt Rainier, if you prefer to call it after a British Admiral who fought on the wrong side in the American Revolution.

In northwestern Washington, we received a newsworthy amount of rain in November. We got quite a bit of snow after Christmas, too.

Yeah, we had a great fall and first few weeks of winter; we also got about eight inches of snow from the same snow event you had. But then everything just stopped after the first week of January.

In the news today.

Apologies in advance to anyone blocked by a paywall.

Yes, to the second part- we’re looking at an evolving “normal” due to climate change. But that does not mean less rainfall.

With regard to the amount of rainfall, who knows when everything is in flux anyway? The La Nina (if I were on my phone I could type the “n” right, with a tilde) weather pattern was supposed to give us a wetter rainy season, but did the opposite last year, and is doing the opposite again this year. “North”, as in where Southern California’s missing rain goes in a La Nina season, used to mean here, but now it seems to be Alaska, BC, and maybe the northeastern tip of Washington State.

Up here in far northern California along the coast our heavy November and December rains stopped January 5. Been dry and sunny since then. If we don’t get some significant rain before April what Tamerlane reported will be true here as well. Our lack of rain has made the editorial pages.

Including San Jose in the PNW is a bit of a stretch, but in any case, we just had the first January on record with zero rainfall. This is to be distinguished from the previous record in 2015 with 0.01".

It looks very bleak right now. I’ve complained about a dry fall in past years from time to time, but this is the first bone dry (so far) February I’ve seen since I moved here. Everyone is so desperate for hope that we now here the metorologists suggesting we could still have a wet March and April… But I think we’re grasping at straws, at least for this year.

It’s flooding my gutters right now, so I hope you’re getting precipitation in your valley microclimate as well.

Not looking too optimistic in ID: 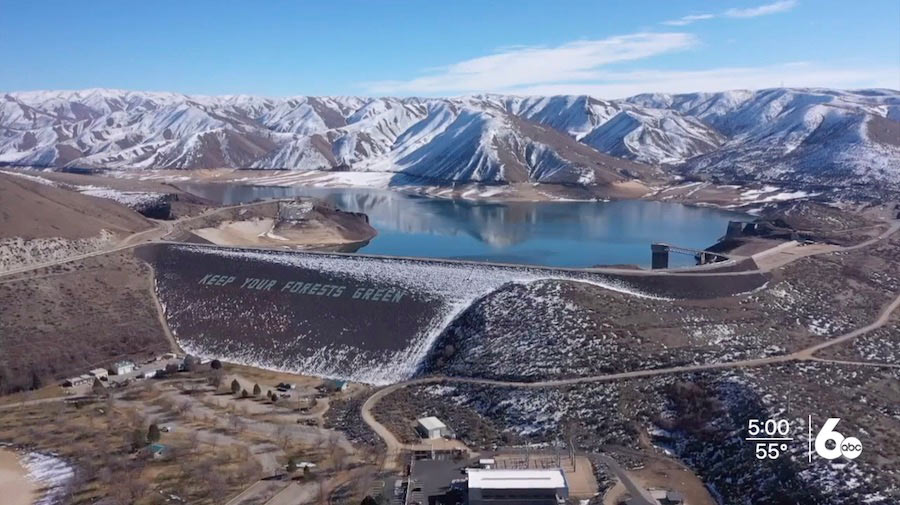 TWIN FALLS (KIVI) – After a near “perfect” start to the season, officials with the Idaho Water Supply Committee said a record-dry January and dry forecasts are not ideal for the widespread drought across Idaho. Nearly 50% of Idaho is in drought... 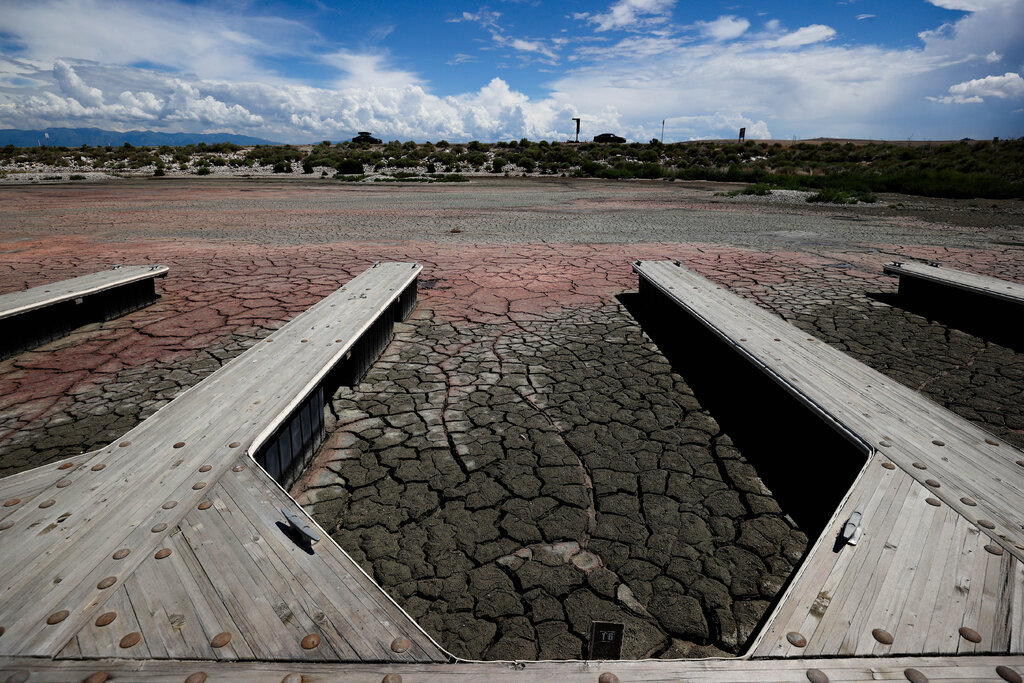 How Bad Is the Western Drought? Worst in 12 Centuries, Study Finds.

Fueled by climate change, the drought that started in 2000 is now the driest two decades since 800 A.D.

East of Roseburg right now its raining buckets, the gutters are overflowing.

so I hope you’re getting precipitation in your valley microclimate as well.

It looks like we chalked up about a quarter inch yesterday, which is what the meteorologists predicted.

Obviously we’re still way behind the historical norm, but at least we got something.

As an aside, I noticed earlier that, in spite of a month with almost no measurable rain, the soil never dried out from the heavy rains we had previously.