From what I’ve read, the Prime Meridian was set in Greenwich because that’s where the Royal Observatory sat.

However, 180 degrees longitude from there - more or less - is the International Date Line, and that happens to run in what is probably the best location on the globe, not running through any significant land masses.

Was that just a coincidence? Or was it an advantage pressed by the UK to have the Prime Meridian run through their territory?

Well, the point of it in regard to setting time was to establish when noon occurred.

Where you set that line can be arbitrary, but it naturally falls out that the date line must then be 180 degrees away.

So, no, not entirely a coincidence but a consequence of wherever you set the Prime Meridian.

Note that 180 deg actually does pass through Russia. A bit east of there (where it would pass between Russia and Alaska) would be better. The solution is that the International Date Line isn’t a straight line - it kinks a few times so certain landmasses (like the Kamchatka Peninsula and several islands in Oceania) will fall on one side or the other.

The Prime meridian happened because during the age of exploration, the UK was a dominant sea power, and their maps were copied across the globe. At the same time, the French published their own maps using Paris as the prime meridian, but ultimately having one standard was good for everybody and the UK’s standard won out.

The UK mapmakers didn’t care at all what the exact geography was on the opposite side of the globe for this purpose. 180 degrees E/W of Greenwich could have split another major power in two and they still would have used their most prestigious observatory as the 0 degree reference point.

AFAIK, the international dateline isn’t actually codified anywhere in international treaties. It’s drawn and redrawn on maps depending on what the nearby countries choose to use as their local timezone. ISTR one country deciding on a whim that THEY would be the first country to celebrate the turning of the millennium so they changed their timezone appropriately, and map publishers just had to move the line in response.

You may be remembering Samoa and Kiribati, which adjusted their local time zone for different reasons and now celebrate the New Year first. 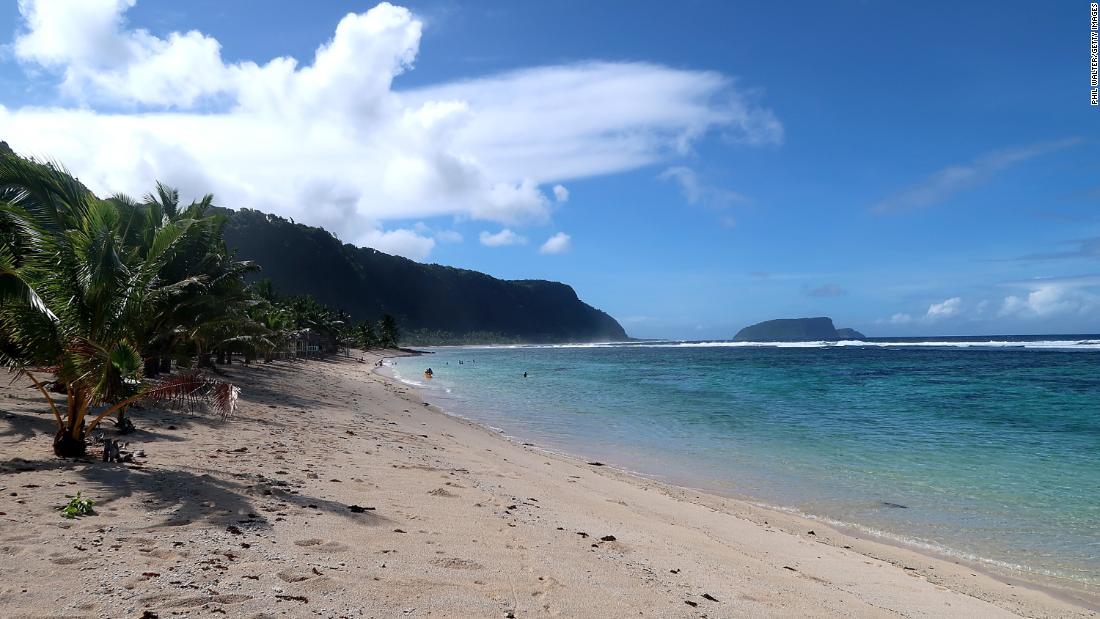 Where is the new year celebrated first?

Have you ever wondered where in the world is the first place to celebrate the new year? Hint: It's two small island chains in the Pacific that are west of the international date line and south of the equator.

Not really on a whim, though. Per the article the considerations were more practical.

It seems the International Meridian Conference is where it was all thrashed out.

tl;dr: By the time everyone agreed that there really needed to be a prime meridian, the Greenwich based meridian was already the de-facto standard. The French were the only ones that voiced any dissent, feeling that Paris should be the marker - which would have made essentially no difference to the anti-meridian anyway. There was a suggestion that the anti-meridian should actually be the prime meridian. But nobody took it seriously.

Having the prime meridian pass down the middle of one’s country is not a happy thing. It makes the map maker’s life a trifle messy.

Having the prime meridian pass down the middle of one’s country is not a happy thing. It makes the map maker’s life a trifle messy.

Plus as the date line it would make calendar makers lives messy as well.

ISTR one country deciding on a whim that THEY would be the first country to celebrate the turning of the millennium so they changed their timezone appropriately, and map publishers just had to move the line in response.

You’re refering to Kiribati, which changed the date/day of the week for the Line Islands to be the same as the rest of the country in the mid-90s. Despite the fact that it was a few years before the new millennium, it had nothing to do with that celebration. Rather it was for the convenience of the people living there, especially their government.

Some mapmakers screwed up that change for a while. I saw several maps that had the correct (changed) time zone for the Line Islands, but they kept the old IDL line.

Note that 180 deg actually does pass through Russia. A bit east of there (where it would pass between Russia and Alaska) would be better. The solution is that the International Date Line isn’t a straight line - it kinks a few times so certain landmasses (like the Kamchatka Peninsula and several islands in Oceania) will fall on one side or the other.

Nitpick: it’s the Chukchi Peninsula that 180° goes through, not the Kamchatka.

We did get lucky that 180° runs through a part of the world with little land mass. But moving the Prime Meridian so that 180° threads the needle between the two Diomede Islands would not reduce the amount of jagging that the IDL does. There’s a big jag to the west because of the Alleutians and making that move of the Prime Meridian would make that jag even bigger.

Where you set that line can be arbitrary, but it naturally falls out that the date line must then be 180 degrees away.

Eh, not really. If the accidents of geography and history had put a big, populated, and otherwise significant landmass antipodal to the premier observatory in the dominant naval power, then we would have settled on some other line as the International Date Line, and it would work basically the same way. Since the precise position of the line is irrelevant for most of its length (through the middle of the Pacific with mostly only insignificant islands on or near its path), we made the arbitrary choice to make the line (mostly) follow a nice round-numbered longitude, but we didn’t have to.

I don’t see how that follows.

The reason the date line is antipodal (more or less) to the prime meridian is in the name itself - the longitude at which we would define midday, i.e. the meridian.

Clearly, the actual line shifts a bit to account for political boundaries and such already but not to the extent it exists at 90 or 270 degrees.

No, the IDL has nothing to do with the fact that we change dates at midnight. The date changes across the IDL even in the middle of the day. The earth rotates, so for example there is a period every day when one side of the line is 2 pm Tuesday and the other side of the line is 2pm Wednesday. The date changes across the line, but not at midnight. The line could be anywhere on earth and have the same effect, as long as all parties agreed.

Don’t forget: for astronomical/nautical purposes, the date changed at noon until relatively recently (1930s?? 1920s??). You can still see this if you consider the Julian Day. Certainly it had nothing to do with an extra anti-meridian. As for the civil date, it’s understandable why they did not want one date in the morning and another in the afternoon.

For an amusing, (if not really proven) story regarding the date line: 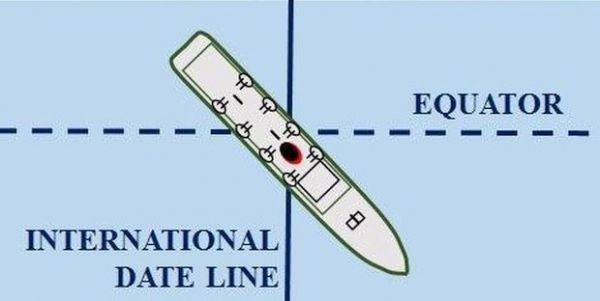 The Ship That Existed in Two Centuries at Once

The SS Warrimoo was ferrying passengers between Canada and Australia in December of 1899. En route, Captain John Phillips realized he had the opportunity to do something extraordinary, so he commanded that the ship head for the point where the...

So come back the next two years and do it again.

I imagine that if there wasn’t a convenient low population ocean to run the IDL through it would be a mess of a jagged line following country borders and depending on how closely they interact. I can’t imagine how one would solve it if there was a continuous loop of countries who all refused to have the IDL go between them and their immediate neighboring countries!

I would imagine it would operate like a international slow game of “chicken” with each country/region weighing the options of how they want to define their local date and time and how much inconvenience they are willing to put up with to match their neighbors.

Which processes resemble rather a lot of the history of time zones as those became gradually solidified and standardized. The IDL is just a special case of time zone borders.

An informal, but real, International Date Line emerged organically in the Sixteenth and Seventeenth Centuries, simply by Europeans sailing to various places around the globe and taking their calendar with them.

Given this reality, it was inevitable that the Date Line would be approximately a half-world away from the seafaring powers of Western Europe. The fact that the meridian exactly 180 degrees opposite Greenwich proved to be the very nearly most ideal place for the Line was coincidence.

Had it been more convenient, there is no reason the Line could not have been set at 160 or 140 degrees, and in fact as noted the Line has been tweaked, and continues to be tweaked, by those who live near it and deal with the consequences more intimately than the rest of us.

Which processes resemble rather a lot of the history of time zones as those became gradually solidified and standardized. The IDL is just a special case of time zone borders.

A special case, yes, but also a more significant case. In one case you are an hour off if you forget to change your clock, in the other case you have the wrong date, unless you happen to travel in the hour before/after midnight (depending on your direction of travel).

Imagine two cities in easy range of each other on opposite sides of the line. Traveling to meet friends in the other city for a weekend would always involve one set of friends having to take a weekday off!