My opinion of Holmes was that she was what happens when abject stupidity meets an insane level of privilege.

I didn’t get “abject stupidity” I thought it was something more along the lines of Dunning-Kruger effect.

Word. When I first read @Ann_Hedonia’s post, the line broke after “an insane level of…” and before my eyes could carriage return to the next line, I had already assumed the next word would be “confidence”. Textbook Dunning-Kruger.

I’m sure at some point Holmes was just working a scam. Can’t say how she started down that path, but eventually she knew she was just faking it all and ripping people off. No excuses for her, in the end it was pure criminal behavior.

Can’t say how she started down that path, but eventually she knew she was just faking it all and ripping people off.

Bolding mine - that’s what I found frustrating about the Carreyrou book; not only does he stay completely away from speculation into what she was thinking and what motivated her, he doesn’t provide any scraps of context that would help readers to formulate ideas about the extent to which she was driven by delusion v. criminal intent. No doubt that was a deliberate approach; he set out to report, not analyze. I do hope that someday, when her trial is over and the dust finally settles, someone qualified writes a book that gives the reader a look into her psyche.

Absent personal interviews with her, anyone who wrote such a book would pretty much be making it up. And I don’t see her opening up anytime soon about why she committed massive fraud.

Somewhat but not entirely true. What I’d like to read is a book by an author who interviews her repeatedly in depth, but who also does lengthy research into her upbringing, talking to family members, childhood friends, teachers, professors, past boyfriends, etc. An ambitious project for sure, and maybe not possible.

I agree, it would be fascinating. I just don’t see her ever doing those interviews, and even people close to her would just be making their own guesses about her mindset.

Maybe when she’s in prison and has nothing else to lose?

I just don’t see her ever doing those interviews

And even if she does do them (I like your suggestion that she might be bored enough in prison to do it), chances are very high that she’s going to continue to be a pathological narcissist/liar or utterly delusional. I really doubt she’s going to have a sudden burst of insight into her own character accompanied by remorse and a desire to tell the true, complete story of what she was really thinking and why she did what she did.

That means any author will have to do their own psychological analysis of her without overstepping reasonable bounds of speculation. Not an easy task.

Carreyrou in “Bad Blood” did interview or feature comments from family members, acquaintances and at least one old boyfriend, so it’s not like he ignored the psychological/personality aspects entirely. It’s possible those most in the know were inaccessible, clammed up to protect her or whatever.

I also doubt Holmes will wind up doing significant prison time. Someone who could pull the wool over the eyes of distinguished board members and investors is capable of snowing a key juror or two.

It’s possible those most in the know were inaccessible, clammed up to protect her or whatever.

That was my take on the book. It was written before the charges were made and it was really more about the scam itself.

A book about the psychological aspects would require a much deeper lever of access than what he had. I actually am happy that he didn’t speculate too much.

I don’t know how much her abilities to charm will help her now that her fraud has been exposed.

I don’t know how much her abilities to charm will help her now that her fraud has been exposed.

Jeffrey Epstein continued to hobnob and…whatever else he was doing…with the rich, powerful, and famous for a decade after his 2008 conviction for trafficking a minor (which was, admittedly, a slap on the wrist compared even to what he had admitted to doing much less everything he had and continued to do). Epstein is probably a more sophisticated and skilled manipulator than Elizabeth Holmes, but the latter still has a bevy of powerful people who have acted to protect her and have not spoken out against her. I’ve learned not to bet against how well sociopaths can get along in society by manipulating the legal system and ever-gullible investors. It would not surprise me in the least if Holmes manages to start some new venture and attract investors because if there is one thing people can’t get enough of, it is consuming bullshit sausages with relish.

As for digging into her psyche, I don’t know how much there really is to be mined. She does not come off as a particularly intelligent person or a deep thinker. I think she promoted an idea that was attractive on the face of it and pitched it to uncritical investors who were all about looking for the next big innovation. You find this all over the tech startup scene; in my very brief stint in startup-land pitching for venture capital, I saw things that would be way too preposterous to be considered as plot lines even in a farce like Silicon Valley that people nonetheless promoted with a straight face. If there is anything notable about Theranos, it isn’t that Holmes and Balwani perpetrated such a broad scam, but how long it took any of the thousands of people employed by the company to speak up despite how evident it was that the public claims were evident nonsense, and how little support whistleblowers Tyler Schultz and Erika Cheung received, particularly over a technology with such public health implications. Frankly, if Carreyrou hasn’t been so aggressive about pursuing the story Theranos would probably still be “in business” scamming the ever-living shit out of pharmacy chains and medical groups with the FDA doing the bare minimum in its regulatory role.

I agree. It was also more detailed than the HBO (?) doc on the story. I enjoyed the book.

if there is one thing people can’t get enough of, it is consuming bullshit sausages with relish.

Bullshit sausages, I can stomach them, but relish is disgusting.

Add ketchup and the whole thing is retched.

She was also able to charm the hell out of a very specific demographic (white men about 40 years older with a lot of money). 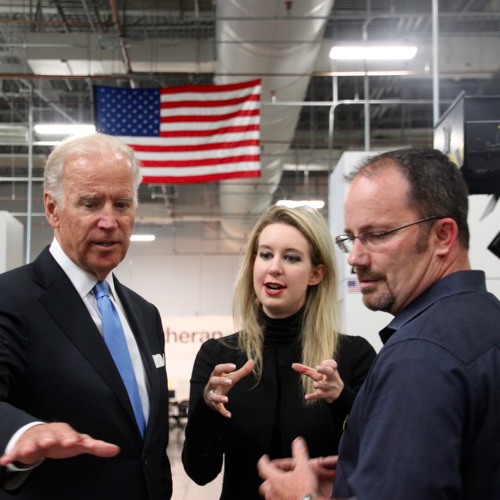 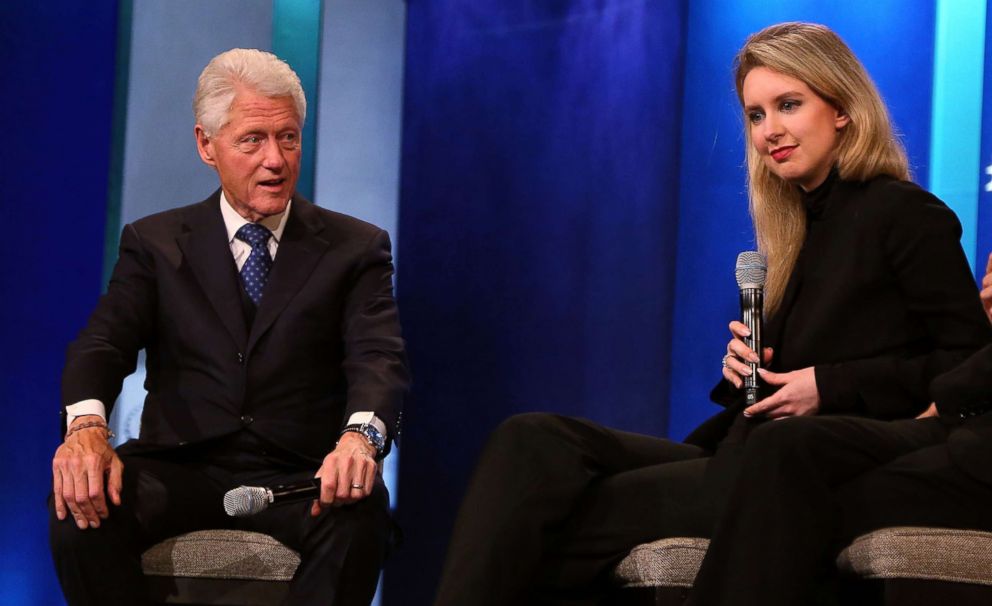 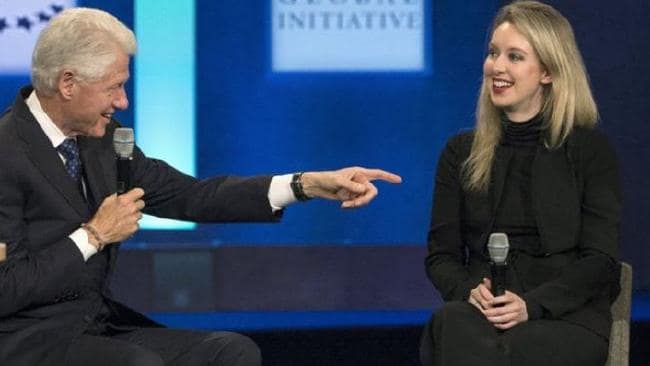