Obviously wolves are much stronger and dangerous predators in general, but dogs are said to be responsible for 30 to 35 thousand human deaths per year, which is more than both the small countries of Andorra and San Marino combined, while there’s less than a few tens of fatal wolf attacks, in the entire planet, for the last few decades combined.

Almost every house has a dog and there’s one in almost every street in every city, which is not the case with wolves, whom people avoid as much as they can, hunt, lock up and keep under control in national parks.

If instead we had as many wolves going around and allowed them to enter into our cities, parks, beaches,etc and didn’t mind them, would the numbers be different…or would they still be a low threat and keep to themselves unless provoked?

If the wolf population increased dramatically, I’d be worried about them becoming a major vector for rabies. I’ve seen/interacted with rabid raccoons and a rabid fox. A rabid wolf? All bets are off.

…while there’s less than a few tens of fatal wolf attacks, in the entire planet, for the last few decades combined.

Not sure where your stats come from, but we tend not to keep wolves near the kids. If we did, my money says wolves are more deadly. A hunch, a guess.

Coyotes are becoming a problem, and occasionally attacking people now that we are letting them into our cities. Wild animals will eventually lose their fear of people if they don’t suffer negative consequences and/or are rewarded with food.

Coyotes will definitely attack creatures smaller or the same size as they are. But coyotes are typically only 30-40 lbs, so adults aren’t generally at risk. But if you let your cat or dog run around off-leash in a coyote-infested city like ours, good luck.

I would imagine a 120lb wolf, or a pack of them, would be more than willing to take down a grown human if they would get the chance.

We live on a storm water lake inside the city. The city is letting it turn into a ‘natural wetland’, which is ridiculous. But the result is that it brought in vermin, which brought in coyotes. We have at least one family living around the lake. You almost never see them in daytime, but if a siren goes off nearby it triggers them to start howling and yipping, which can be startling if you are sitting outside and a pack of coyotes starts howling 100 ft away. The city has warned people walking small dogs to be aware of the risk of coyotes snatching the dog.

All that said, we aren’t going to be infested with wolves. They hunt larger game, and aren’t encroaching on cities like coyotes are as far as I kmow. And the ecosystem can’t support large numbers of wolves like it can coyotes. Unless we start feeding them, their numbers will remain relatively small.

Coyotes will definitely attack creatures smaller or the same size as they are. But coyotes are typically only 30-40 lbs, so adults aren’t generally at risk

The fucking things are EVERYWHERE.

As things are now, wolves are deadly afraid of people, while dogs are dangerous because they are not. (Of course, the vast difference in numbers is at play here, as well).

Wolf packs require frequent large game kills to sustain themselves, although wolves will opportunistically kill small(er) animals, as well. There’d be no ecological niche for wolf packs to get into in the cities, parks and beaches.

If you ever get the opportunity to walk in a game reserve (with an armed guide, of course) you’ll discover that scary predators like lions aren’t usually a concern - they almost invariably just run away if they see you. Even though buffalo are much more dangerous to hunt, from a lion’s perspective they are a known risk, lions understand how to hunt buffalo, and they will usually prefer to stick with what they know. If lions have killed or injured a human they are invariably destroyed - not because they “get a taste for human flesh” or anything bizarre like that, but because they have lost fear of humans.

Similarly, wild wolves will almost invariably just run away from humans. And they are intelligent social animals - if an interaction with humans has resulted in a pack member being shot, they will associate that risk with all future humans they encounter. But if a pack does lose its fear of humans, then it’s going to be dangerous. When wild animals do make the decision to engage, expect unhesistant ultraviolence. Life in the wild is tough, and wild animals don’t fuck around.

Do you have a cite for this?

Fatal dog attacks in the United States cause the deaths of about 30 to 50 people in the US each year.

Maybe there are other countries where dogs are significantly more dangerous but its hard to believe 5% of the world’s population is only responsible for 0.1% of all fatal dog attacks.

Maybe there are other countries where dogs are significantly more dangerous but its hard to believe 5% of the world’s population is only responsible for 0.1% of all fatal dog attacks.

I don’t know the exact numbers, but I think the explanation for the apparent disparity is that the vast majority of global deaths from dog bites are from rabies, which is much less prevalent in the U.S.

Dogs are responsible for around 30,000 human deaths per year, with the vast majority of these deaths resulting from rabies that is transmitted from the dog.

But coyotes are typically only 30-40 lbs, so adults aren’t generally at risk.

That’s for eastern coyotes. Western coyotes are smaller, typically 20-25 lbs and pose even less of a threat.

Even per capita (by number of dogs/wolves) i’d be surprised if it was even close. As wolves only survive in places where there are very few humans around to eat, whereas dogs are of course around humans all the time.

Do you have a cite for this?

That is the number that comes up when you google. Though I think it includes deaths from rabies, most of which are caused by dog bites:

Low- and middle-income country data are more fragmented, however some studies reveal that dogs account for 76–94% of animal bite injuries. Dog bite fatality rates are higher in low- and middle-income countries than in high-income countries as rabies is a problem in many of these countries, and there may be a lack of post-exposure treatment and appropriate access to health care. An estimated 59 000 people die annually from rabies, and bites from rabid dogs account for the vast majority of these deaths.

Obviously wolves are much stronger and dangerous predators in general, 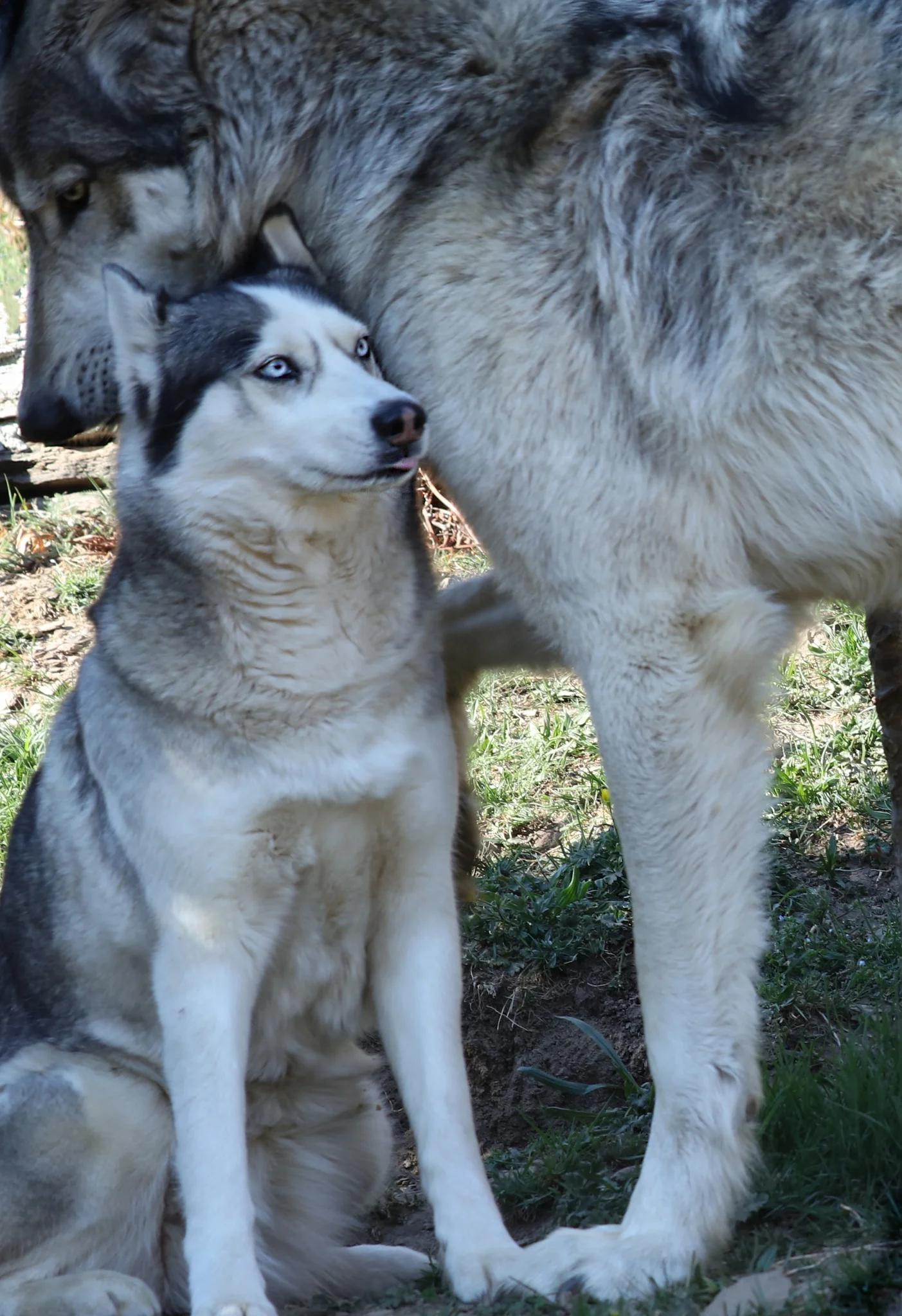 Coyotes are all over Tucson. For a while when I worked nights one of them would plant its furry little butt in the driveway to the hotel and watch the road for mice or bunnies (I guess). I would have to get my car right up to it and then honk because it wouldn’t move otherwise.

My security guard has never cared about coyotes even when we can hear them and they are on property. He walks the property, so is outside. Javelinas, though, those he is nervous about.

Looks from Google like the estimates for the number of fatal dog bites are all over the place. If we take one of the higher values of 50,000, and assume there are 900 million dogs in the world, that means each dog has a 1/18,000 chance of killing a human in any given year. There are about 250,000 wolves in the world, and they kill about 25 people annually, so that means a wolf has a 1/10,000 chance of killing someone in a year.

So even under the current circumstances of people constantly interacting with dogs and rarely with wolves, the wolves are still more dangerous per capita (although that wouldn’t be true if you used the low end of the range of estimates of dog-related deaths).

If instead we had as many wolves going around and allowed them to enter into our cities, parks, beaches,etc and didn’t mind them, would the numbers be different…or would they still be a low threat and keep to themselves unless provoked?

If the wolf population were greatly increased and they existed with humans in close proximity, then their nature would chance and they would likely become much more aggressive towards humans.

Old news. Wolves and Dogs not only can breed with fertile offspring, but they do so normally, given the chance of course. Thus now, dogs are just a subspecies of wolves. 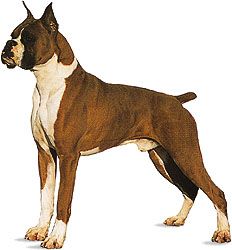 dog, (Canis lupus familiaris), domestic mammal of the family Canidae (order Carnivora). It is a subspecies of the gray wolf (Canis lupus) and is related to foxes and jackals. The dog is one of the two most ubiquitous and most popular domestic...

In both popular media and scientific literature, it is commonly stated that breeds of dogs differ behaviorally in substantial, consistent and predicta…

They measure up to 6 feet in length, including tail, and about 30 inches in height at the shoulder. Female wolves weigh around 70 – 80 pounds, while males weigh around 95 – 100 pounds. The Alaskan Malamute features a powerful, sturdy body built for stamina and strength. It reigns as one of the oldest canine breeds whose original looks have not been significantly altered.

Males stand 25 inches high at the shoulder and should weigh about 85 pounds; females tend to stand 23 inches high and weigh about 75 pounds. However, it’s not unusual for a well-muscled adult to top 100 pounds.

A wolf is about the same size as a large malamute husky, but yes, the Siberian husky is smaller.

So a wolf is about the size of a big dog, altho there are dogs that get bigger. Great Danes, Wolfhounds, etc.

Historically- there have been either no, or almost none unprovoked wolf attacks on humans in North America. (Stats show two, but some wolf experts state those attacks really were provoked, whatever, the number is really small). There are 30-50 fatal dog attacks- per year.