Quantum Leap: How did Al get into the Accelerator?

At the same time, they have a device called the imaging chamber where Al is able to lock on to Sam, advise him, and create years of good entertainment. We are good so far.

But then there is the episode where Sam and Al leap together due to a lightning strike. Al is now in someone else’s body in the past and Sam is in the imaging chamber. Al has the (now worthless) handlink and Sam has no way out of the imaging chamber. They (steal?) the trick from Back to the Future II and mail a letter to the future to tell them to open the imaging chamber. It works and Sam walks out and gets to share some time in the future/present and find out he is married.

My question: Even if we take the Sci-Fi as stated in the movie, how does a lightning strike transport Sam’s body from the accelerator into the imaging chamber? And we must assume (unless it was explained otherwise) that Al’s body was transported into the accelerator and is now occupied by the soul that he has leapt into.

Al is in danger so Sam then enters the accelerator and leaps into Al. More questions:

I know it is TV, but this show tried to be fairly tight with the technology.

That, at least, is easy: They can’t control any of the leaps.

It wasn’t just Sam’s consciousness that leapt back and forth through time, it was his actual physical self. Sam switched places with the leapee, who ended up in the waiting room at Project Quantum Leap. There was that one time in 1963, when Sam’s consciousness intermingled with that of Lee Harvey Oswald, but Sam was still physically present in Dallas.

Don't examine this too closely. Said by producer Donald P. Bellisario on March 17, 1990 at a sci-fi fan convention in response to a persistent fan with very specific questions about the way things worked on Quantum Leap, a series Bellisario had …

I always took that to mean the series creator and writers never let any internal logic get in the way of them telling a story. Hard Sci-Fi, it ain’t.

That said, I’m sure somebody out there has fan-wanked an explanation.

Yeah. Sam-in-the-past appeared to be the past-person (except to some special people (children, psychics, and the insane, as I recall), but he could physically do things that the past-person was incapable of (like walk, in the case of a paralyzed man), because it really was Sam’s body.

but he could physically do things that the past-person was incapable of (like walk, in the case of a paralyzed man), because it really was Sam’s body.

He could somehow fit into the past-person’s clothes, no matter how much smaller that person was.

Yeah. Sam-in-the-past appeared to be the past-person (except to some special people (children, psychics, and the insane, as I recall), but he could physically do things that the past-person was incapable of (like walk, in the case of a paralyzed man), because it really was Sam’s body.

He (the Vietnam vet) was actually a double amputee, which made the man who witnessed Sam walking question his sanity. He could also see when he leapt into a blind pianist. Or speak, write, and swim when he leapt into a chimp. Or father a daughter with a 92% chance of matching Sam’s DNA, according to Ziggy.

Most of that can be explained away - Sam appeared to be in the past-guy’s clothes, but was always really in his own comfortable garb (somehow Joe-pastguy’s keys end up in Sam’s pocket, though).

They made a big deal about the clothing Sam had to wear whenever he leaped into a woman’s body. He had issues walking in high heels, getting dressed, makeup, etc.

Ah. I had forgotten that aspect.

I just discovered that an alternate ending to the Quantum Leap finale surfaced a couple of years ago and has been leaked online. It is a rough cut, not broadcast quality. In it, Al vows to Beth that he will find Sam and bring him home if it takes all the rest of his days. 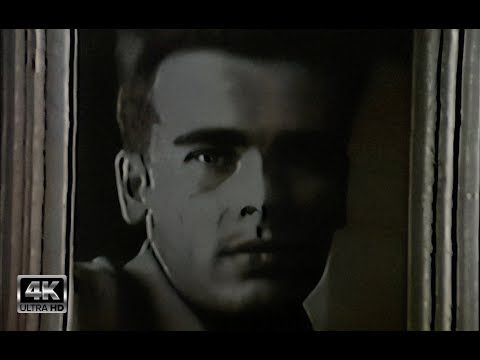 Here’s a transcript so you can follow the audio:

Script:
SILVER FRAMED PHOTO OF YOUNG AL
sitting on the mantle. We hold for a beat and pull back past another photo. This one is of Al, Beth and four older children. Our move takes us past other family photos of Beth and Al and their children. We continue until we reveal that we are in…
AL’S DEN
in his home at Project Quantum Leap. It is the year 2000 but this room is a classic den with leather and wood and a warm, comfortable look. Our move continues until we find…
THE OBSERVER AND BETH
sitting in an overstuffed chair. He’s smoking a cigar and staring at a silver framed photo in his hand. She’s sitting half on the chair and half on him. Beth’s older and her hair is streaked with gray, but she’s still the radiant beauty… especially when she smiles.
OBSERVER: Wherever he’s leaped, Sam’s still himself.
BETH: Because no one’s in the Waiting Room?
OBSERVER (nods): We’re starting a nano-second search in the morning but it will take months and by then, Sam will probably have leaped again.
BETH: Why months? It didn’t take you months to find him.
OBSERVER: I made a lucky guess.
BETH: Luck, Admiral Calavicchi, had nothing to do with it. The two of you are so close, it makes me envious. (beat) You’ll find him.
OBSERVER: How can you be so damn sure?
Beth looks to the photo in Al’s hands.
CLOSE ON THE PHOTO
of Sam and Al.
BETH’S VOICE: Because that’s what friends are for.
FREEZE FRAME
END OF ACT FOUR

The implication of the lightning strike inverting them is that, even when in the imaging chamber, Al is also physically present with Sam, just in the form of a hologram. This would also explain why children can see Al–he’s not just in Sam’s mind, but physically there in some sense.

The idea then is that Al didn’t go in the accelerator. He was actually hit by the leaping energy the same way Sam normally is when he leaps into a new body.

Also, that episode established they can control the first leap, as Sam directly leaped into Al. (Granted, per the last episode. That could have been due to Sam’s subconscious and not any settings on the accelerator). However, it seems that the only way to do that is to them trap someone else. Sam leaped knowing he’d get trapped again, but they don’t want to do that with someone else.

I’m not sure about how Sam gets into the imaging chamber. The easiest answer is that the lightning made him leap into Al in 1999, but then you need an explanation of why he looked like Sam and not Al. Maybe it has something to do with Al leaping at the same time. Or perhaps it’s whatever is the reason the leapee doesn’t look like Sam when they wind up in the chamber.

God, Time, or Whatever creates an aura about Sam and creates the illusion that he is the person he has replaced.

Maybe we can agree on the background understanding: three main areas in Project QL

Let’s just use the first person that Sam leapt into as an example, test pilot Tom Strattton.

Sam steps into the QL accelerator and vanishes. He awakes to find himself in Stratton’s body (some dispute I see). But he looks like Stratton to everyone (except the viewer), when he makes love to Stratton’s wife, she doesn’t perceive a difference, and he clearly has the same voice as Stratton to others.

Meanwhile Tom Stratton has done the reverse. He is at the Project QL waiting room, and he (at least) looks like Sam.

Al, who had nothing to do with this switcheroo is in the imaging chamber with all of the hologram rules.

When Sam leaps from Stratton, he goes into another person in the past, Stratton returns to his previous life at the point Sam left, and the new leapee is now (at least) looking like Sam. Al doesn’t take part in this leap, the connection is severed until they find Sam again in the past.

How does Sam get into the imaging chamber and Al into the waiting room—not the leaping Sam and Al, but the present day ones? They seem to switch bodies AND appearances to others.

Then to save Al, Sam (for the second time in the series) steps into the QL accelerator and which has enough precision to leap directly in Al. So, if that means Al leaps back to the waiting room, where is 1945 soldier at that moment?

And, I know a couple posters tried, but why can’t this trick be used to rescue Sam? Tell the leapee in the waiting room, “Look, pal, make sure your neighbor doesn’t rob the bank on November 3, 1977” then march him over to the accelerator, and leap that person into SAM, thereby bringing Sam home? The trick brought Al home, why not Sam?

There was often a minor thing which required somebody in a specific place at a specific time. Being in a certain men’s room to teach little Michael Jackson the moonwalk, for example.

Or tell Donald Trump to buy real estate. Thanks, Sam!