Two people I know have had cars stolen recently, and I have a few questions about the possible methods used. Both were late-model, and just disappeared, with no noise or destruction apparent. Apparently both were entered and driven away.

The first was stolen from the driveway, less than a week after purchased (brand new from dealer). Owners said both sets of keys were inside the house. I believe this was a push-button start (the kind where key isn’t inserted, just inside the car). They awoke, went outside and discovered the car gone – completely unaware it had been taken.

The second was stolen while the owner was at a marina (and on the lake). According to him, the thieves used his well-hidden spare key to open it and drive away. He claims it was a very secure hiding place, very unlikely to be found.

My questions (here instead of GQ since it might be necessary to speculate a bit):

Can a dealer employee reproduce a vehicle key, with only the sale information? I realize it’s possible to somehow get another key, but assumed it was an involved process with an audit trail. In the first case the police expressed interest in the dealer, and were going to start there.

Another possibility is that an unscrupulous employee made an extra key while the car was still at the dealership, then tracked down the buyer through the sale information.

Does some type of sophisticated equipment exist which can actually puzzle out the hand-shaking between car and key, and allow theft by starting and driving away?

Yes. See this article from Jalopnik for an explanation. In short, “the key fob is constantly sending out radio signals, which can be picked up by a radio device nearby and transmitted to the car.”

For the first car, there are nefarious devices (ND) which can repeat the signals from the car and fob. The key is in the house. The thief pulls the door handle/actives the request to unlock. The car sends a signal which the ND hears and retransmits at higher power. The key hears this and responds with its authentication code. The ND hears this code and retransmits to the car which unlocks the door. Repeat to start the car and drive away to the chopshop.

Thanks for the replies. Although I’m not worried about this, I’m kinda curious. I found this interesting video on spoofing garage door openers (even rolling codes). Too much time on my hands in lockdown I guess. 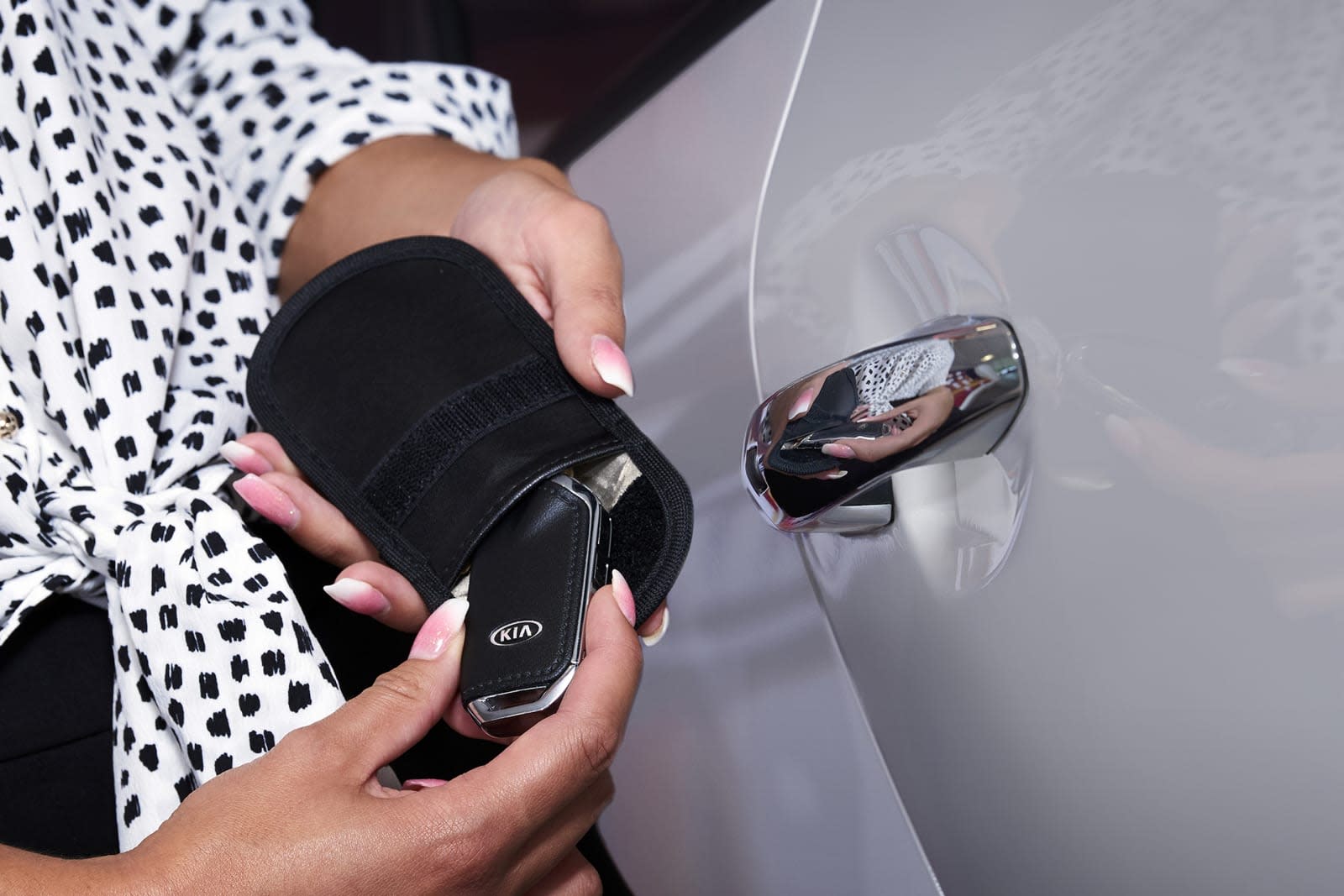 Kia made a tiny Faraday cage to protect your wireless key from thieves |...

Many existing keyless entry systems aren't secure, but few people are likely to replace their cars just to reduce the chances of a determined thief making off with their ride.

there are nefarious devices (ND)

Now I want to type “nefarious devices” into the Amazon search bar, just to see what happens.

The technology is similar to this