Recommend a music player for my PC

I just got a new computer, but unfortunately, the newest version of Windows Media Player is completely incomprehensible. I just want the damn thing to list all my mp3 files without trying to sort them by genre, album, or any of that crap. Creating and editing a playlist has also proven to be a frustrating chore in the past. Are there any good media players?

My favourite player is Video Lan which will play just about anything, video or audio

Foobar is a good audio only, as you can also covert music formats and do a host of other things with it and it’s free

I use FooBar as a front-end for converting files as well.

But for me, the champ is Media Player Classic (MPC). It’s small, doesn’t have some fancy faux-realistic transport “buttons,” doesn’t have a toolbar icon, doesn’t write to the registry. And yet, it does absolutely anything you’d want.

If you want to play flash video, or anything fancier than you could player in Windows Media Player, you’d need some codecs – I like the Matroska Pack or Combined Community Codec Package (CCCP, har har).

Agreed with the hate on WMP – it’s huge, bloated, and wants to sort everything by category. Not unlike yours truly, but not what is wanted in a media player.

Oh, and it’s easy to make playlists with Media Player Classic – just drag what you want into the player, arrange it in the order you want, right click, and hit “save playlist as.” Easy and intuitive.

I use GOM player for music and videos. Simple without the junk you find in WMP. 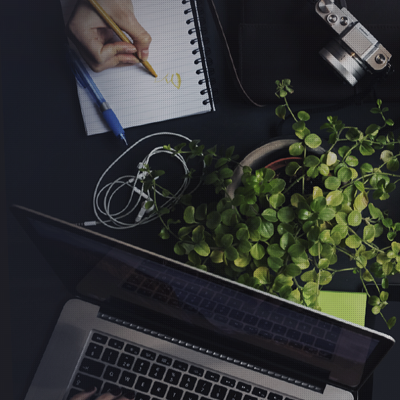 All about video, Multimedia software and services｜GOM Lab

Winamp has been pretty much the standard for over a decade.

FooBar is by far the best in my opinion.

Winamp has been pretty much the standard for over a decade.

I like Winamp a lot too, especially for its hot equalizer.

For a totally no-nonsense MP3 player, try Coolplayer. It’s fast, tiny, and requires no install. What I usually do is drag and drop an artist or album folder to Coolplayer.

Can winamp sync my music with ipad/ipod?

Can winamp sync my music with ipad/ipod?

Yes it can. Effortlessly (iPod).

I always end up going back to Winamp

Nice to see MPC getting some love. I don’t use it for .mp3’s myself, but it is my player of choice for just about everything else.

I used Winamp for like 8 years, then the updates got weird and bloated. I swear, after one update it was showing me Tampon ads, and that was the end of Winamp for me.

I switched to AIMP2, and have been using it for about 3 years:

It’s a Russian site, as it’s written by a Russian. If the text shows up in Russian, look to the right side for two little buttons labeled “EN” and “RU”, and click on the EN button.

AIMP2 looks and feels like what Winamp should have turned into, IMO. Snappy, unbloated, and easy-to-use. It has an 18-band equalizer, and lots of skins (I made two myself). It can use some of WinAMP’s plugins, including ENHANCER. It has the features I want, and the ones I don’t want aren’t in the way, and don’t overly bloat it.

Here’s a pic of how it looks with one of my skins. It’s an atypical look, as many skins have a slick, glassy, modern stereo look that’s so popular with the kids today. I also skinned the ENHANCER plugin, which is shown.

I should add that the EQ and the Playlist can and do disappear when you want them to, and that the main window shrinks up into a small “toolbar” when you just want the bare-bones controls and want to save screen real-estate. And as for the ENHANCER interface - well, I just showed it because of the skin. It’s the sort of thing that you set, close, and forget about, but it looks nice on the rare occasion I have to change the settings.

The programmer is working on AIMP3, but I haven’t really given it a try yet. I hope it’s good, and he doesn’t get a case of feature creep or mess it up otherwise.

VLC, I will never use any other media player again.

VLC, I will never use any other media player again.

I use it for video and music. It’s called videolan but it plays everything. It can handle practically every file extension known to man.