Hi,
Is anyone in the UK or knowledge of UK laws able to help me with this scenario
‘I have been suspended from work and I want to secretly record the meeting on a hidden handheld device, The meeting is a formal meeting into the investigation of why I have been suspended and will be carried out under the strictest confidence, Am i able to use the hidden device for my own purposes to then type out the transcript afterwards’

Thanks in advance,
Nick

I doubt whether you are in breach of any law but you are breaking a confidence. The material you collect this way is unlikely to be admissable in any future proceedings and thus would be of little use.

It is normal under most company disciplinary proceedures to be able to take someone to such a meeting with you. They and you can take all the notes you want and it is usually the case that a summary of the meeting is sent to you in writing shortly after. It is also normal that you should learn nothing new at such a meeting, protocols should be in place for warnings to have been issued before it comes to a disciplinary hearing.

I write this not as a lawyer but I was a union rep for some years. Where I worked a surprising number of disciplinary actions failed through management not following their own rules. That said it was a well-run place in that they had clear rules which they honoured. Your employer may not be so good.

Best of luck.
You’re not Jeremy Clarkson are you?

I do not know the answer, but I’m curious about why you’re asking. If it were me, I’d just do it.

What would be an answer that someone might give you that would make you NOT do it?

I doubt whether you are in breach of any law but you are breaking a confidence. The material you collect this way is unlikely to be admissable in any future proceedings and thus would be of little use.

I disagree that it would be of little use. Even if he never reveals that he recorded the meeting or shares the content of the meeting, it will be useful for HIM to know exactly what happened, who said what to whom about what, and all that sort of detail. One’s memory of a meeting like that would be very fuzzy indeed, and I’d want to be able to go back and clarify for my own sanity.

The fact that it wouldn’t be useful in any proceedings, to me, is irrelevant.

I found this which looks relevant:

Q If an employee records a meeting covertly, can they use it as evidence at an employment tribunal?

Yes. Employment tribunals take a generous view on what evidence is admissible. The fact that a meeting is recorded in secret does not mean it cannot be used as evidence.

The exception here is that the covert recording of private deliberations (for example, discussions about what the outcome to a disciplinary hearing should be) may not be admissible due to public policy reasons. The case law in this area suggests, however, that even these deliberations may be admissible if the employee involved says that they are the only evidence of alleged discrimination. 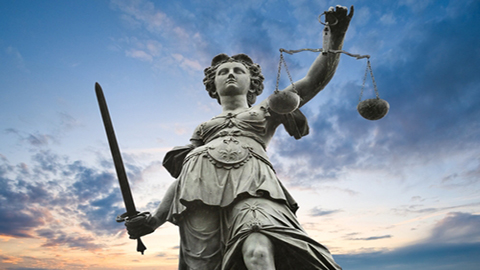 There are circumstances when both employees and employers may want to record formal meetings but what rights are in place in relation to this?

Thankyou, I’m not Jeremy Clarkson but would still happily swap places with him

Anyway thankyou for the help much appreciated.

I know of two cases where someone at the meeting accidentally let the real reason for the firing slip (in both cases it was because “you are <fill in protected class> and we would rather have <different protected class>”) and later deny it was ever said … until the recording was produced as evidence in a lawsuit.

The first warns that using the recordings could be tricky and result in lower damages (due to “bad faith”) but the second link shows that they can be used.

It also mentions “ban recording in the employee handbook and employment agreement” - but if you’ve already been fired, that agreement it seems to me would no longer apply.