Because of my shift, I miss a load of shows I want to follow. Based on PC hardware costs being so low, I wonder if this can be done.

I have one VCR that’s been sitting in a closet for a year now. To record a show I’d need a DVR. (The VCR is out, time to do the permanent solution)

So what I’m looking to do is record the incoming signal from cable to the PC, to be later played to the TV in the family room. I’m guessing it involves another video card and possibly another HDD.

So here’s what I need to know.

What eq do I need for the PC, how to connect it to the TV, and pretty much any other info you can share.

I’m running XP at 2.4Ghz, and the video card has no coax connection. (Not sure if I need a new card or if a media converter of some sort would work.) FWIW, I have access to media converters that allow a connection from coax to ethernet, but not sure if that can be used for what I want. I don’t know the spec’s on the converter.

So what would be the best way to do this? Am I just overthinking it? If a DVR is the cheapest way to go by far, I’ll do that. But if it’s a slight increase in cost (whatever it is) to do it the way I proposed, the benefit of burning the show to DVD would be worth it.

So what are my options and how would I go about running this through the PC?

Thakns for any info and help

All you need is a T.v tuner card and some software. 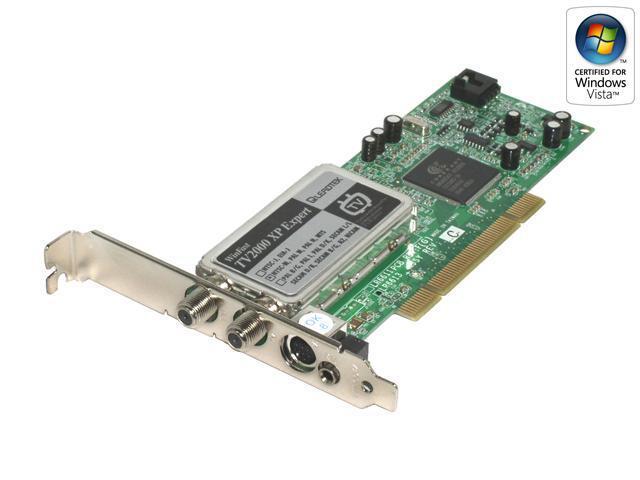 This is a popular card. I assume it comes with some software(I don’t own this one…)

Recording takes ALOT of HD space. It’s on the order of 700+ megs/hr. After you’ve recorded it in mpeg format you should be able to just burn a dvd and play it on your t.v.

Note: it will look better on your t.v (unless it’s HD-tv) then it will on your computer.

Thanks Harmonix. With the price of HDD’s coming down so much, I may just add a 3rd for recording purposes only for quick erase each use.

Google on [MythTV] for some software to turn a PC into a DVR. I’ve never looked at it, but I’ve ssen threads where folks here say it seems to be the homebrew DVR software of choice.

Note: The card I posted is middle of the road. Good cards (HD-TV) run in the hundreds.

IANADVRE, but as I understand things, unless you’re running Microsoft’s Windows XP Media Centre Edition, it’s the way to go.

Is MythTV easy to set up for the non-Linux expert? I heard it’s very good, but I also understood that it’s not an easy system to set up.

My PC-based DVR system runs on my main PC. The video card is an ATI All-In-Wonder Radeon 7500 graphics board, which is a combination video card/TV tuner card (it’s no longer available, but other ATI All-In-Wonder cards cost $100-400). It comes with software to capture TV shows and an on-screen program guide. This software is OK, but I wanted something better, so I upgraded to BeyondTV from Snapstream Media.

As for how it connects, there is an coax connector on the card for the cable company coax cable and another connector to output the picture and audio to the TV (although I watch stuff on the computer monitor).

I built the system from scratch both as a PC and a DVR, but it should be possible to modify an existing PC for this. A big advantage of a PC-based DVR is that there is no monthly fee as is charged by Tivo.

Another site with good info is Build Your Own PVR.

I use software by SageTV and it works really well. They have a user message board which is very helpful if there are problems and they have a lot of add on programs that customize the software. I would recommend a hardware encoder card. A lot of PVR systems use the Hauppauge 150 or 500 card and this will lessen the CPU cycles on the machine during recording and playback. You can download a trial version if you want to test it out on your system. Make sure that you read the system requirements. I have been setting up this system for the past several months and it is great. Its the only way to watch television. Link to the Sage TV Forums

Here’s a “me too” answer. I use a Hauppauge PVR-250 card, which cost me about $150, if I remember right, and an NEC DVD burner that came with Nero software, which was about $50. I record a show using the Hauppauge software, cut out the commercials with a variety of freeware MPG editors (I’m still hunting for one that I love), and burn the show segments to DVD. The results are pretty nice.

I’ve also seen DVDs made from MPGs taken by hi-def capture cards, connected to hi-def digital cable – the MPGs run about 600MB for an “hour long” (40 minute) show. The compression losses are small enough that the resulting DVD video looks better than what I see with regular cable.

If you’re recording the show anyway, the legality of obtaining a higher-quality “archival” or “fair use” recording from someone with better hardware is very dark gray, and I won’t discuss it further here.

With Sage and probably Beyond TV you can adjust the capture bit rate for higher quality video. My setup uses a Hauppage MVP connected on a wired network which plays the recordings on the television. The recordings look just as good as regular cable viewing and the MVP is silent. I didn’t want any additional noise in the room and there was no need to buy a video card.

I record a show using the Hauppauge software, cut out the commercials with a variety of freeware MPG editors (I’m still hunting for one that I love), and burn the show segments to DVD. The results are pretty nice.

Jurph, for editing MPG’s try Video ReDo. It’s not free but you can try it for 21 days. It works great and very quick.