Yes she’s promoting her new book, but she actually never references it once and is giving surprisingly frank and honest answers. A very interesting read: 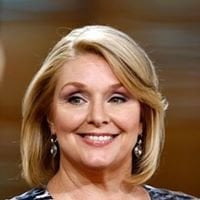 One point, she states quite clearly that she feels Roman Polanski was justified in fleeing because the judge was reneging on a already agreed plea bargain deal. She may have said that before but it’s news to me.

EDIT: oops I missed that its already finished but still an interesting read

Not surprising, she has stated earlier shewas in contact with him.