…what an utterly shite day for film fans. 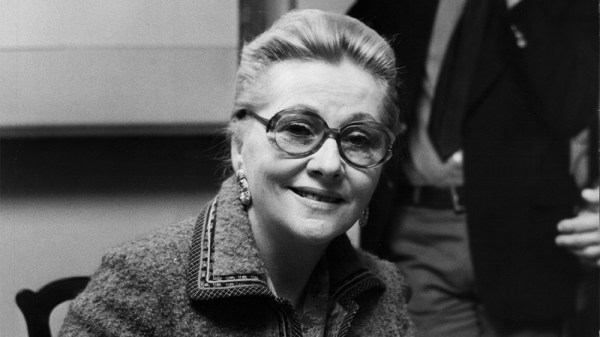 Cool beauty Joan Fontaine, who gave strong performances in a number of classic films including Alfred Hitchcock’s “Rebecca” and Max Ophuls’ “Letter From an Unknown Woman,” died Sunday at her home i…

Three big ones in one day

So I wonder if a sympathy card or a congratulations card is more appropriate to Ms. DeHavilland.

Yeah, not exactly in the same league.

I’m sure Olivia will be going soon, now that her life goal has been achieved.
Roddy

Maybe Livvy will final spill the story on the decades long feud between Joan and her. Even though I don’t know what it was about, I’m on Livvy’s side.

Interesting thread by our very own Eve: So I was having brunch with Olivia de Havilland in Paris last week . . .

In a 1978 interview, Fontaine was quoted as saying of the sibling rivalry:

“I married first, won the Oscar before Olivia did, and if I die first, she’ll undoubtedly be livid because I beat her to it!”

Aw, I just watched her on the **Alfred Hitchcock Hour *from 1963. The episode “The Paragon” is described on IMDB as A man tries to stop his insensitive wife from alienating their family and friends. * She was definitely the best part of the episode.