Robert Deniro vs. Dennis Rodman Who is the better man?

President Trump is making a historic meeting with the leader of North Korea.

Actor Robert Deniroused his chance to call slam Trump, call him the F- word, and generally puts him down. And the audience at the Tony’s give him a standing ovation!

Whereas former basketball playerDennis Rodman who has visited NK and met Kim several times and has also appeared on Trump’s TV show “Celebrity Apprentice” has donned a MAGA hat and given Trump his support. In the attached video he weeps for joy at the prospect of what is happening! BTW Trump fired Rodman on “The Apprentice” and slammed him hard for meeting Kim before. Rodman seems to have forgiven that.

So what do you all think?

Who was being the better man?

Rodman. Trump may well be a dumbass, but I think it’s reasonable to say that Rodman is trying to broker a peace between the two countries and that’s certainly commendable - particularly for someone who basically landed that role completely by accident.

If someone gets a Nobel Peace Prize out of this, I hope it will be Dennis Rodman and not Trump.

@ Urbanredneck: Many Americans, and perhaps most Dopers, believe that Trump is an unusually loathsome human; totally incompetent for his job; whose embrace of dictators like Kim, Putin and Duterte while rejecting long-time progressive allies has made him a pathetic laughing-stock. If any of his actions seem superficially like good ideas it’s probably because you’ve not looked closely enough.

If you really want to contribute I suggest you open a thread in IMHO: “Ask an intelligent Doper why he thinks Trump is a good President.”

Rodman is better in this instance. I applaud Rodman’s efforts; however, Trump is a repugnant and vile person, and an incompetent president so DeNiro was justified in what he said, even if I think sinking to Trump’s juvenile level is not particularly helpful.

Robert Di Niro is the better man. Trump praises the most brutal dictator on the planet and slams the PM of our closest ally (Canada) within days of each other. And that’s just the tip of the tip of the iceberg in terms of egregious actions taken by Trump, both before he won in 2016 and since.

Neither is a “better” person. Attempting to judge one as “better” based on decontextualized actions is a mug’s game. They are both simply people.

If you’re angry that DeNiro used coarse and unkind language to describe the President, then fucking well say it. But painting either man as “good” or “bad” based on specific behaviors is inane.
.

If there was ever any doubt, it’s now obvious from that video that Dennis Rodman is a disturbed person. Weeping and rambling and looking confused, he was barely holding it together at all.

Oh, and this North Korea thing? The smiles and handshaking looked great for the cameras, but let’s see what REALLY happens down the road.

Well, De Niro couldn’t rebound to save his life, so Rodman get’s a checkmark there.

“Crazy Dennis Rodman is saying I wanted to go to North Korea with him. Never discussed, no interest, last place on Earth I want to go to.” - D. J. Trump, 2014

“Dennis Rodman was either drunk or on drugs (delusional) when he said I wanted to go to North Korea with him. Glad I fired him on Apprentice!” - D. J. Trump, 2014

“Crazy Dennis Rodman is saying I wanted to go to North Korea with him. Never discussed, no interest, last place on Earth I want to go to.” - D. J. Trump, 2014

“Dennis Rodman was either drunk or on drugs (delusional) when he said I wanted to go to North Korea with him. Glad I fired him on Apprentice!” - D. J. Trump, 2014

I get Trump in Rodman mixed up. How do people tell the difference?

I get Trump in Rodman mixed up. How do people tell the difference?

Rodman, like most pro basketball players, has extremely large hands.

So has Rodman made any comments about the North Korean concentration camps, starving their own people or kidnapping of foreigners? He’s no Jimmy Carter, instead he’s a celebrity who got wined and dined by a dictator, was shown a Potemkin village and bought it hook line an sinker and so is now Kim’s propaganda tool. Not really worthy of respect. Basically he’s Hanoi Jane with the caveat that the North Vietnamese civilians were more sympathetic than is the North Korean government.

Rodman is willing to be used as a propaganda tool in exchange for public attention. Trump, along with most other people, rightfully condemned him for that.

If Trump actually manages to win any real concessions from Kim, then he will have achieved a diplomatic victory. So far he hasn’t.

Charles Barkley is the better man. They should split the difference and have Barkley be the official negotiator. He has a lot in common with both Rodman AND Trump. For one thing, he’s got the most badass golf swing in the galaxy. For another, he’s a talented musician. His song “Crazy” was awesome.

This is not an appropriate issue to discuss “better man”. A better man is someone who goes out of their way to help other people… or similar things–it’s not about political views.

I’m pretty sure Rodman is an alien, so DeNiro wins by default. Not that he wouldn’t have otherwise. Rodman’s a tool of a fool. DeNiro speaks Truth to “authority.”

Well, DeNiro and Trump have one major thing in common - they’re both clueless antivaxers.

DeNiro pushed an inane antivax conspiracy film (“Vaxxed”) onto the schedule of a (previously) prestigious film festival (he later reluctantly withdrew support for it). Since then he’s joined up with noted antivax loon RFK Jr. to tout a bogus $100,000 “vaccine challenge”. 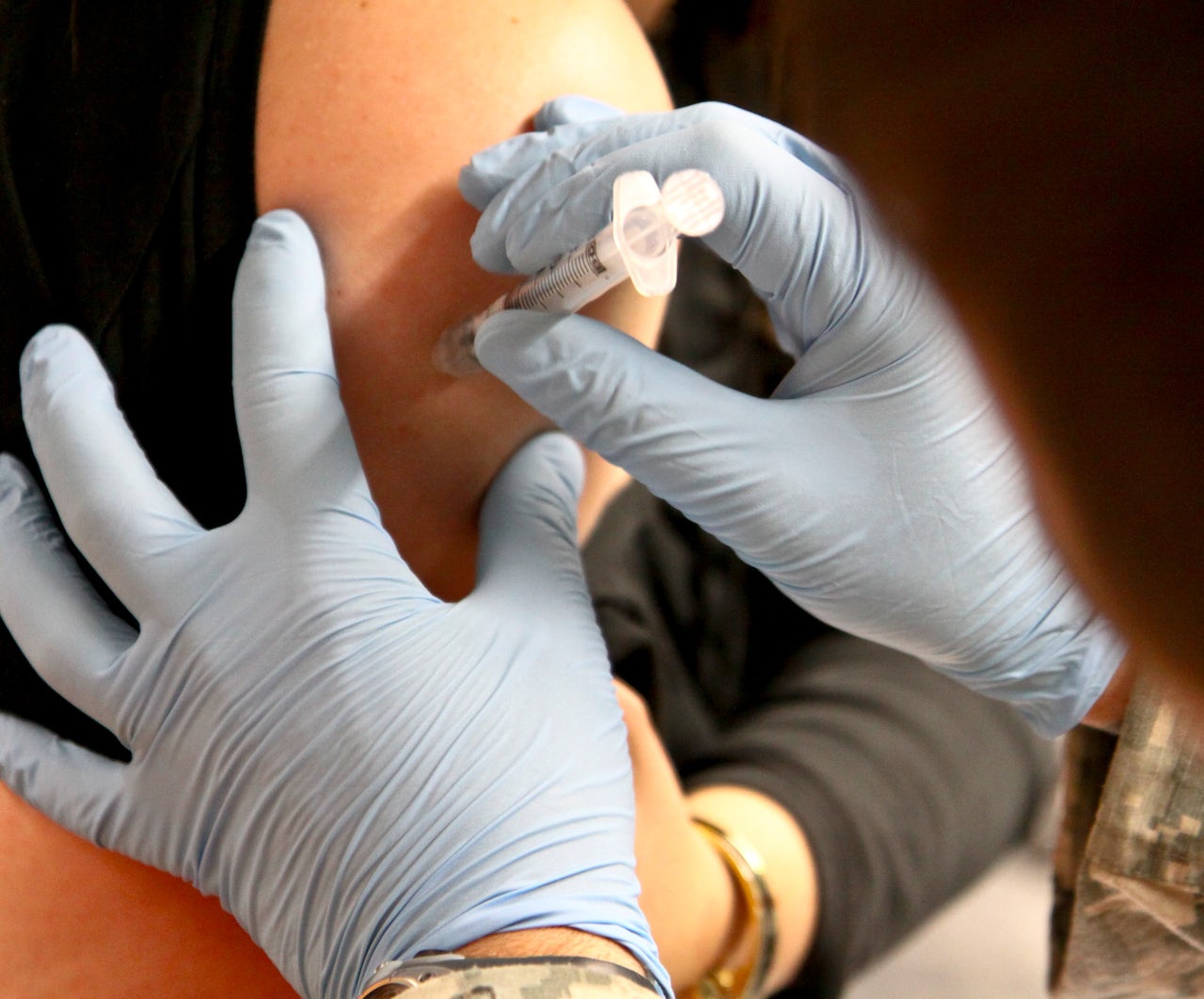 Robert DeNiro will pay you $100,000 to make science not exist

The actor and Robert Kennedy Jr. are offering money to anyone who can refute decades of research.

So in general, I’d have to say Dennis Rodman edges out DeNiro for the title of “better man” by a nose and a few dozen tattoos. It’s not much of an achievement.

If someone gets a Nobel Peace Prize out of this, I hope it will be Dennis Rodman and not Trump.

I would kind of hope, if Koreans agreed to end the Korean War, that they give the award to Koreans.

As to who the better man is, I’ve never met Dennis Rodman or Robert De Niro. Both have admirable points. Rodman’s desire for peace, odd a man though he may be, is commendable. De Niro’s opposition to Donald Trump, profane a man though he might be, is quite correct.

President Trump is making a historic meeting with the leader of North Korea.

Actor Robert DiNiroused his chance to call slam Trump, call him the F- word, and generally puts him down. And the audience at the Tony’s give him a standing ovation!?

If you are going to have a weak sauce pitting of DeNiro at least get your info right: He didn’t call Trump “the F- word”(whatever that could possibly be-perhaps “frog”?). He said “Fuck Trump”. As many times as Trump has fucked over this country, I thought that Trump’s current efforts to make enemies out of our longtime friends and friends out of a murderously insane enemy made this the perfect time for DiNiro to say what needed to be said. Your putting professional wackjob Dennis Rodman up as some sort of “statesman” to compare him to definitely pushes this conversation into “frivolously silly conversation” territory.