These are decisive days for 44 million Ukrainians.

Facing severe international sanctions, Putin appears to be taking Russia toward economic isolation and even harsher dictatorship. Yet some hope that the shock of those sanctions (and, potentially, the loss of the war) might sweep Putin away, opening up all sorts of possibilities.

How do you think the reverberations from the invasion of Ukraine might influence Russia’s own future?

Excellent op-ed piece by a Russia scholar in the Washington Post:

“Putin Needs to Watch His Back,” by Leon Aron

“The Russian national tradition is unforgiving of military setbacks. Virtually every major defeat has resulted in radical change. The Crimean War (1853-1856) precipitated Emperor Alexander II’s liberal revolution from above. The Russo-Japanese War (1904-1905) brought about the First Russian Revolution. The catastrophe of World War I resulted in Emperor Nicholas II’s abdication and the Bolshevik Revolution. And the war in Afghanistan became a key factor in Soviet leader Mikhail Gorbachev’s reforms.”

“Every day that Ukraine holds out erodes Putin’s regime. The consequences could be far-reaching.” Opinion | Putin needs to watch his back

Russia has a long history of unsuccessful wars that have led to regime change.

It’s nothing particular to Russia… autocrats do not survive if they lose a major war.

“The Russian national tradition is unforgiving of military setbacks. Virtually every major defeat has resulted in radical change. The Crimean War (1853-1856) precipitated Emperor Alexander II’s liberal revolution from above. The Russo-Japanese War (1904-1905) brought about the First Russian Revolution. The catastrophe of World War I resulted in Emperor Nicholas II’s abdication and the Bolshevik Revolution. And the war in Afghanistan became a key factor in Soviet leader Mikhail Gorbachev’s reforms.”

I think the distinction is that these events all took place before the rise of massive disinformation bubbles perpetuated by social media. If what I am hearing about Putin supporters is true, in that they are the analogues of Trump supporters in the USA, then they are truly brainwashed beyond redemption, doubling down when the rest of the world (and even their family and friends) tell them they’re in the wrong, refusing to believe basic reality, “dear leader is always right”, etc.

Sure, there may be some number of Russians not buying into Putin’s bullshit, but they are unable to act effectively due to Putin’s death-grip on his internal security apparatus. I think it is more likely that Russia becomes the big version of North Korea than for Putin to be swept away in a coup. But we can dream …

I think the distinction is that these events all took place before the rise of massive disinformation bubbles perpetuated by social media.

Except that I suspect that in all of the given examples, the average citizen had even less access to reliable information. It’s the elites who put these things in motion, and they surely know exactly what’s going on.

Except that I suspect that in all of the given examples, the average citizen had even less access to reliable information

Although something I’ve noticed is that protesters in Russia are predominantly young people and, on an interview I heard on BBC last night the interviewee was mentioning that apparently there’s a fairly sharp generational divide wet belief in the party line.

Whether there are enough young believers in truth, however, I have no idea.

My concern is that post Putin, there will be someone more effective than him at running Russia as an authoritative state.

ISTM that we in the west don’t have a strong handle on the tier 2 and tier 3 people, who might move up in leadership. History has borne this out. As much as the fall of the USSR took many by surprise, I see a similar possibility in the future. Something happens, someone takes over, and it’s all mostly a surprise.

Something happens, someone takes over, and it’s all mostly a surprise.

Well, usually it’s a surprise only to people who aren’t paying close attention and whose perception is skewed by their own biases.

In the current situation, it’s informative to remember this little tidbit from a month and a half ago, during the troop buildup but prior to the invasion: Censors haven't yet blocked the rhetorical attack from the assembly of hardline veterans, giving the message space and time to spread.

If you just read the headline, it would be easy to come away with the wrong impression, that the Russian military is skeptical of Putin’s imperialist adventuring and wants him to resign and be replaced by someone more reasonable. This kind of viewpoint is reinforced by the dopey types who like to repeat the mantra about “the arc of history bending toward justice” as an answer for everything, or insist that liberal democracy is the natural evolutionary end state of civilization, or other equally self-congratulatory nonsense.*

But if you read closely, you realize that the criticism from the retired generals is not that Putin shouldn’t be invading Ukraine. Rather, the criticism is that Putin’s crappy leadership has been focused on enriching his feudal-lord friends, which allowed the Russian government, and especially the military, to fall into neglectful disrepair, thereby damaging Russia’s prospects for empire-building going forward. Further, specific to Ukraine, the retired generals argue that Putin was pursuing his goals badly — the breakaway territories offered a way to nibble away at the border zone in bits and pieces, but Putin was failing to engage the West diplomatically and push for recognition of those territories’ status, because he was consumed with selling a false version of Western belligerence and expansion to the Russian people. There was a way to bring Ukraine under the Russian umbrella, said the generals, but Putin’s strategy was having, and would continue to have, the opposite effect.

The point is that if Putin is, in fact, removed because he is seen to have failed Mother Russia, he will not be replaced by democratic reformers, and it will not symbolize Russia entering a path out of its modern dark age. He will almost certainly be replaced by hawkish hardliners, possibly by the military itself (which is why declaring martial law is a risky gamble for Putin; it necessarily requires him to trust the officer corps to help run the country, and not exploit the increased power to turn on him). Putin’s sin, in their eyes, lies not in his goals, but in stupidly overplaying a limited strategic hand. If Putin is ousted, these are the guys who are most likely to take over.

There are dark days ahead for the common Russian people.

* If the arc of history does bend toward justice, it bends slowly and inconsistently across many generations. Those who need comfort right now, however, use the maxim to insist that progressivism will break through on all fronts in their lifetimes, which is delusional. And liberal democracy has certainly been proven to serve people well in the long run, but it’s also not a natural “end state” that civilization will simply gravitate to of its own accord; it requires constant effort and vigilance to attain and hold.

I agree, the most likely scenario for Putin getting ousted, doesn’t involve a popular uprising of a pro-democracy population but instead a military coup from an army who doesn’t like getting shot at to no good purpose.

Perhaps, but Putin has cannily taken preventative steps to make that less likely. Primarily, he has reorganized the bureaucracy to add new military functions, and split responsibilities between them and the previously existing branches. This reduces the power that had accumulated to those forces, and also goes a long way toward ensuring that any conspiracy against him will necessarily require people to cross branch boundaries in order to formulate plausible plans, which increases the likelihood of leaks. Then he has planted agents of his internal secret police throughout those branches, eavesdropping on who’s talking about what.

The possibility that something like a coup could happen is of course greater than zero, especially in a country with a history of byzantine plotting. But Putin is a survivor.

More information can be found in this excellent article. 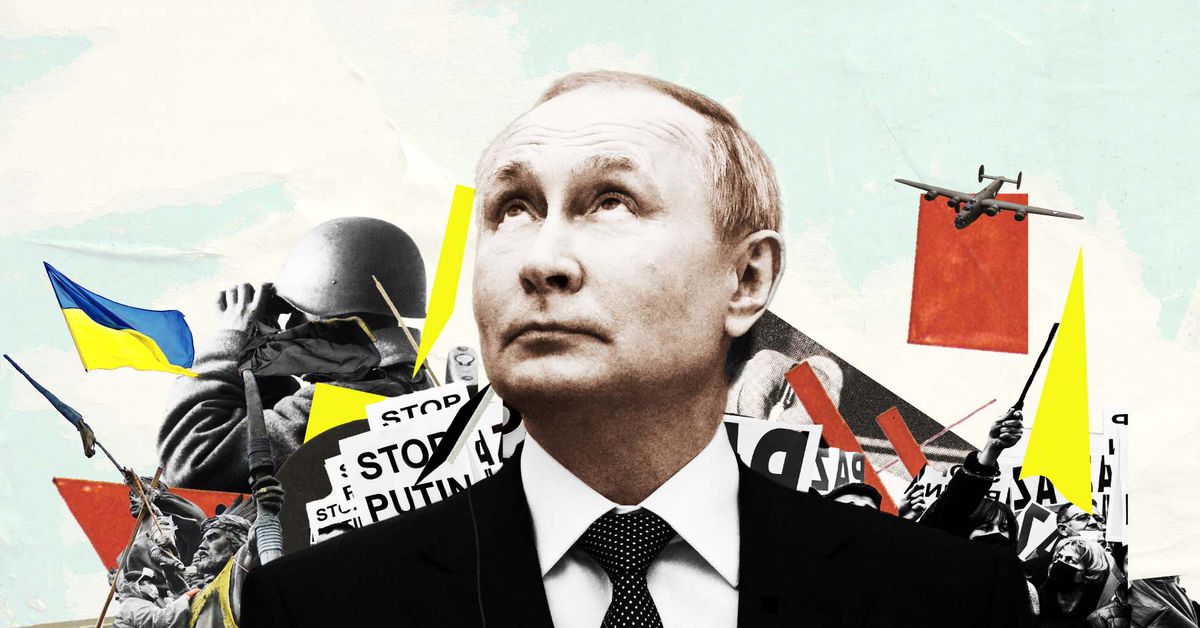 What history teaches us about how autocrats lose power — and how Putin might hang on.