A diverse coalition of Israeli opposition parties said Sunday that they have the votes to form a unity government to unseat Israeli Prime Minister Benjamin Netanyahu, Israel’s longest-serving leader and its dominant political figure for more than a decade.

Under their agreement, reached after weeks of negotiations spearheaded by centrist opposition leader Yair Lapid, former Netanyahu defense minister and ally Naftali Bennett will lead a power-sharing government. Bennett, 49, would serve as Israel’s next prime minister, according to terms of the deal reported by Israeli media, to be succeeded in that role by Lapid, 57, at a later date.

Lapid is expected on Monday to inform President Reuven Rivlin of his ability to form a government with the support of Bennett, and will have a week to finalize coalition deals. At the end of the week, the government will be put to a vote of confidence in the Knesset.

I know very little about Israel’s political procedures, and nothing about Bennett or Lapid except from this article. Bennett, uh, doesn’t sound like he’d be my first choice, but that’s like saying Romney’s not my first choice when the alternative is Mike Pompeo. Netanyahu’s corrupt warmongering is an absolute disaster, and kicking him from office (and, hopefully, prosecuting him for his corruption) seems like an excellent step forward.

Folks with more familiarity about Israel’s politics: what say you?

If it works and the agreement holds long enough to cast the votes in Parliament, this is very good news indeed. I second your idea of prosecuting him too. Corruption is a good start, but there could be more to come.

Side note–are you the Dio from ages past? Like obviously not millennia past, but from a decade or so ago?

Hmm, his profile reads ‘suspended’ after joining 1 hour ago. He even replied to a thread from 2011 about Sarah Palin. We seem to have a burp in the time stream.

Hoping a replacement with that Steve Landesberg-y voice will be stepping in soon.

Bennett, uh, doesn’t sound like he’d be my first choice, but that’s like saying Romney’s not my first choice when the alternative is Mike Pompeo. Netanyahu’s corrupt warmongering is an absolute disaster, and kicking him from office (and, hopefully, prosecuting him for his corruption) seems like an excellent step forward.

Yes to all this.

The security and position on the world stage of Israel will be greatly enhanced by a PM who isn’t widely seen as corrupt. As you say, Bennett isn’t going to thrill those of us on the left. But he’ll be better than Bibi.

I turned on CNN today and saw this news. My first and main question is; Will this do anything for Israeli - Palestinian relations?

Great news, but I’ll believe it when I see it. ISTM that they’ve gotten this close to getting rid of Bibi before and something went wrong.

I would be careful about writing off someone like Bibi Netanyahu. The weird thing about these kinds of efforts to marginalize a polarizing figure like Netanyahu is that such efforts can completely backfire, depending on what happens going forward.

I can guarantee you: Bibi will come back larger than life. I’m not saying he shouldn’t be sacked - he should be. But know where this can lead.

Netanyahu has been around a long time. Coalition governments change often and many of the most recent have been unstable. I think he probably made a difficult situation worse. But others will disagree that he was bad, or won’t be back. I prefer peace. But it’s not my chicken and not my farm, so I am reluctant to judge.

Yeah, there are chickens being counted here.

But with a fragile coalition made up of parties united only in the belief that BiBi must go bye bye what direction can they go? These are not parties that get along; they just all dislike Netanyahu more.

It sounds like Netanyahu lost support partly because he didn’t hobble Hamas enough, more than that he failed to prevent the conflict from occurring with competent leadership.

I’d love this to be a long lasting l’hitrahot. But I think the literal translation may be true: it is less good bye than see you again soon.

Let’s be clear who Naftali Bennett is. 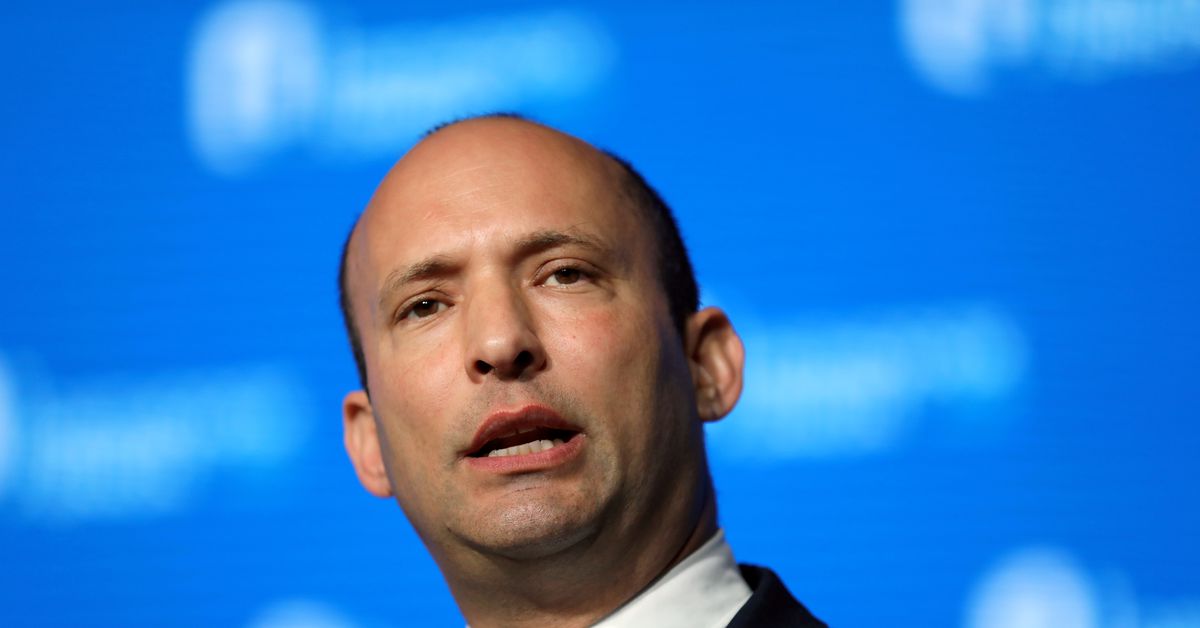 Naftali Bennett: The right-wing millionaire who may end Netanyahu era

Naftali Bennett, Israel's likely next prime minister, is a self-made tech millionaire who dreams of annexing most of the occupied West Bank.

He dreams of annexation. He is of the religious right. A new direction that he is on board with, let alone leads, would make Nixon going to China look like nothing.

Isn’t the Israeli Prime Minister protected from prosecution? If he is out of power and the courts act quickly, then that might have been it for him.

I turned on CNN today and saw this news. My first and main question is; Will this do anything for Israeli - Palestinian relations?

(Assuming the coalition forms a government)

In the short term probably not very much. The parties that are forming coalitions usually have bright red lines that prevent them from cooperating, but most of them are just going to push those to the side for the sake getting Netanyahu out of there and letting him stand trial without being able to meddle in the process. This probably means that the status quo will continue as far as the big issues of Arab or Palestinian rights, settlements, security measures etc.

The other thing is that the rightwing Zionist parties have a lot less to lose than everyone else. If this entire thing breaks down, Bennett will probably find himself back in the cabinet of another right wing government that mostly agrees with him, whereas Labor will be sidelined again watching the government continue to move away from their vision for Israeli-Palestinian relations.

I think in the long term this could be positive in a few ways. I think that the Zionist left (and even the center for that matter) had a legitimacy problem where they were shut out of government for so long they had no way to make their case, so this is another opportunity to do that.

I also think while it’s a party with some pretty crappy views, the United Arab List’s role in the government and current strategy could be a positive. It’s basically been a given that the Arab parties shut themselves out of Isreali politics in perpetuity because some of what they want, like a protected minority status for Arabs, an end to the occupation etc. are so far ideologically separated from most other parties that they are never able to have any influence. This is also intertwined with the fact that the other Arab parties generally only consider forming a coalition with left-wing parties, which is kind of like saying you’ll only bet on the Washington Generals. Mansour Abbas has taken the strategy that he’s fine negotiating with anyone and will put off the big picture questions of Arab-Jewish relations to get some wins on things like economic opportuinties and building and water access for Arab-Israelis. I think if this becomes a new-normal long term it would probably be a positive for relations, but it’s like a step 1 out of 100 for moving the needle on larger Israel-Palestine relations.

Netanyahu’s corrupt warmongering is an absolute disaster, and kicking him from office (and, hopefully, prosecuting him for his corruption) seems like an excellent step forward.

Folks with more familiarity about Israel’s politics: what say you?

What say I? I say your lack of familiarity with Israeli politics shows though very clearly.

Netanyahu may be corrupt (though he has yet to be genuinely nailed with anything, unlike his predecessor, Ehud Olmert, whom I’d be willing to bet you find more politically agreeable), but the warmongering is not at all of his doing. Until there is some sign of change in Palestinian attitudes, Israelis will never elect a less “warmongering” government. Bennett and Lapid are simply rival right-wingers who until now could agree only on that they hate Netanyahu personally (i.e., are jealous of his hold on power) and couldn’t agree enough on other issues (mainly division of power) to form a government together.

Just you wait and see if the Bennett/Lapid government waits for as many Hamas rockets to fall on Israel before retaliating as Netanyahu did. The only ones who can end Israeli so-called “warmongering” is the Palestinians.

Side note–are you the Dio from ages past? Like obviously not millennia past, but from a decade or so ago?

Given that that Dio got himself banned from here, that would be very interesting, if true.

The only ones who can end Israeli so-called “warmongering” is the Palestinians.

“Look what you made me do!” is never a compelling case for violence. I have heard this many times from supporters of Netanyahu’s warmongering, and it is no more compelling when they say it than when Hamas says it. Both sides are the worst sort of leadership.

I say your lack of familiarity with Israeli politics shows though very clearly.

Is it your contention that people in Israel who are deeply familiar with Israeli politics don’t ever say similar things?