Sexiest people in their 40s

I hit 46 a couple months ago, and on most days I waffle between “My freaking joints just don’t seem to line up inside my chubby-ass body anymore” and “I’m still pretty ok-looking, love handles and all.” But I know, squint as I might, I’m not the sexiest 40-something out there. Hell, I’m not even the sexiest 40-something in my house (hello, wife!).

So who you got for sexiest person in their 40s, significant others notwithstanding (hello, wife!)?

I’ll start: Shakira (age 44). Almost not fair, since she looks the same as she did in her early 30s.

Sarah Michelle Gellar is still pretty hot into her forties.

We can’t forget about Zooey Deschanell or Drew Barrymore .

Anna Faris (age 44), who can disturb my sleep anytime she wants. 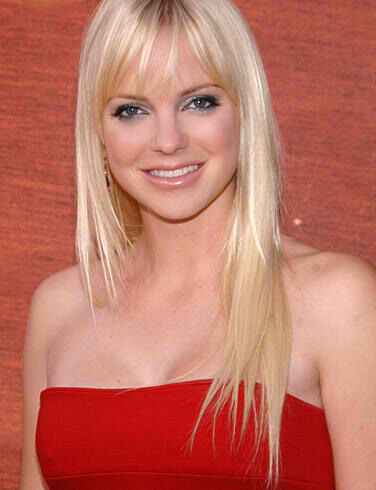 And Charlize Theron is still stunning at 45

Is this only about the ladies? Because Ryan Reynolds is 44.

1: Given that the OP is judging both his own attractiveness and that of women to whom he is attracted, let us assume that this applies equally to both genders.

2: It’s one thing to say “so-and-so is sexy”, and another, creepier, thing to say “I’d like to have sex with so-and-so”. Let’s leave the latter out of this thread.

3: Physical appearance is a job qualification for actors, models, and certain other categories of celebrities. It is not a job qualification for politicians, businesspeople, athletes, authors, or many other categories of well-known people, who would undoubtedly prefer to be known for their skills or accomplishments, rather than their appearance. So let’s stick to that first category.

4: Let’s try to avoid creepiness in general. I’m sure I haven’t managed to think of every possible way people could be creepy, here. If you think of some other way to be creepy, please keep it to yourself.

I’ll be monitoring this thread, and may come back with further instructions or moderation.

I was going to say Jennifer Aniston since I just saw her on an Aveena commercial, but I checked and she’s 52. Christ, time does pass quickly.

Yes, and thank you for that. I meant to say this isn’t just for straight guys.

And please don’t make this thread creepy. It’s meant more to appreciate the beauty/sexiness of those falling in the middle part of middle age.

Just to name a few!

I think a lot of women in their 40s are very attractive. And I do not see why this should be unusual or a big surprise, if they have taken care of themselves and perhaps benefitted from some luck. (It’s a median age. Not young but not old). If they were women known for their beauty when they were younger, of course they might still be attractive. Sexiness and beauty are very different things. I suspect of a fair number of celebrities IRL are much more beautiful than sexy.

Most of them are really pro at polishing up. Might be neither beautiful nor sexy in a ragged sweatshirt, but can quickly transform to either or both on cue when they want to.

What the 40-somethings have going for them is excellent preservation. They started from a high base of attractiveness and have worked diligently to retain it. Sometimes too diligently; as shown by some of the horrific plastic surgery done to some of these people.

There’s “sex,” and then there’s “LOOOOOOOOOOOVE”!!!

One is explicit, the other is implicit.

So–it is like saying that food looks delicious, but not mentioning the possibility that one might wish to eat it.

Further discussion of the rules can be found here.