Shattering glasses with the human voice?

With regard to the column regarding smashing glasses using voice harmonics , I saw this the other day.

Just a bit of fun.

Wooo!! Thank you! I’ll have to bring an apple to class on Monday for BBS2000

I must admit that I was always mystified by the claim that bridges could be demolished by soldiers marching in step, although I enjoyed the command ‘BREAK STEP’ whilst in the boy scouts. As an engineer, I never saw a convincing mathematical explanation, and it seems highly unlikely that soldiers would be able to reach just the right frequency needed for long enough to demolish a bridge. Try:
http://www2.eng.cam.ac.uk/~gm249/MillenniumBridge/
and:
http://video.glath.com/view/mythbusters.Break_Step_Bridge,_Toothbrush_Surprise,_Rowing_Water_Skier

I lost the reference, but shortly before the bridge collapsed in Manchester, England, there was a similar case in France. And it seems that the engineer that designed the bridge found it a good idea to put the blame on the army instead of himself.

Anyway, ‘BREAK STEP’ breaks the monotony on marches, so why worry? Maybe army engineers will catch up with the rest of us some time in the next hundred years or so…

A sock! Love it

Short for ‘sock puppet’; a member who (in violation of board rules) signs up under a second username. Commonly done to try to evade escalated warnings or bans, or for posters who have unpopular opinions & want to make sure that there’s somebody in the threads they post to saying, “You know, I think that makes a lot of sense.”

Short for “sock puppet.” I believe the term started with people who felt they were losing a debate on a messageboard, and so created additional usernames with which to agree with themselves in a thread. Y’know, “talking” through their sock puppets like a ventriloquist with a dummy. It’s expanded since to mean anyone who creates a second username for any reason, and it’s strictly forbidden on this board. Everyone gets only one account ever, no exceptions.

It’s a bit of a sport to try an identify banned posters trying to sneak back as sock puppets, but it’s also a frowned upon sport, which is why I was so judicious with the “just joking” disclaimers. I may get bitchslapped by a mod anyway, but it was just too perfect a setup to resist, and I don’t have any dire warnings on my record, so I was willing to take the hit for a laugh.

Thanks! So this means that, not knowing wot a sock is, I am as naiv and innocent as the driven snow.

Fourthed?! Bubble, are you by any chance a Steven Soderbergh fan? 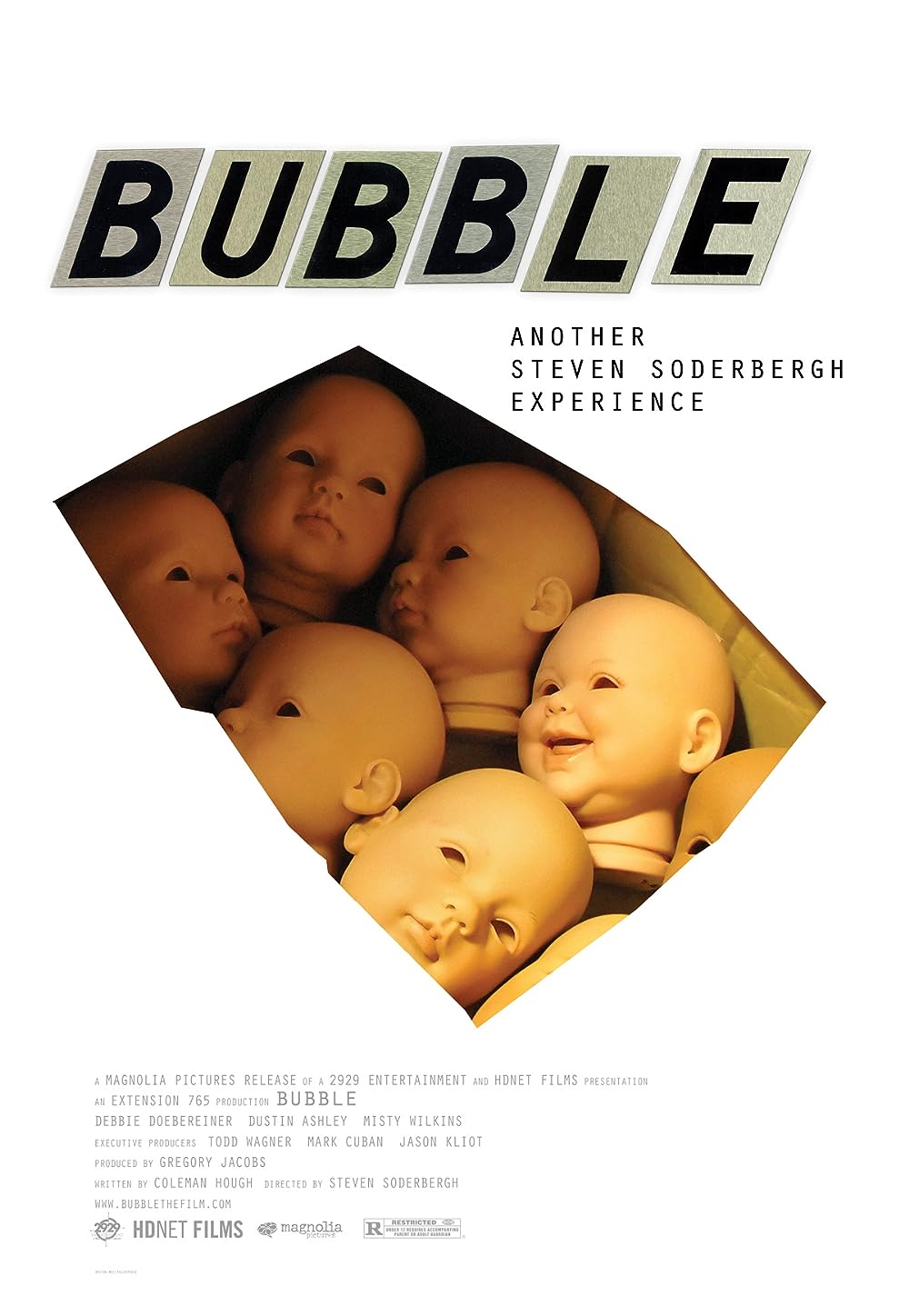 Bubble: Directed by Steven Soderbergh. With Debbie Doebereiner, Omar Cowan, Dustin James Ashley, Phyllis Workman. Set against the backdrop of a decaying Midwestern town, a murder becomes the focal point of three people who work in a doll factory.

Or are you a Bubble of a different sort?

Have now had a chance to watch the clip. Way cool. Note the mention of 105 decibels towards the end. Note further that opera singers can hit 120.

I brought this up more than a year ago when the episode first aired. AFAIK they never bothered to update the column. I want my moment of glory, damn it. :mad:

By the way, Cecil’s original requirement that the singer have “perfect pitch” is an unnecessary one. “Perfect pitch” means that a person can hear a pitch and name it, or conversely, be told a particular pitch and be able to sing it without needing to hear it first. Since in order to shatter a glass with one’s voice, it is necessary first to listen to the glass to know its resonant frequency, perfect pitch is not required.

Right. Just the ability to precisely hit that exact pitch after hearing it. I don’t know what that is called, but I can assure you that most people can’t do it, from my years of singing “Happy Birthday” in impromptu office choruses.

After a performance of a Puccini opera that I appeared in last fall, I ended up at an Italian restaurant with the cast and some members of the local Italian…“business”…community. (or at least that’s the impression I got)

Anyhoo…we ended up breaking into drunken song, and when we reached the climactic ending high notes of the “libiamo” from Verdi’s La Traviata, a huge ornamental plate on the wall shattered and fell to the floor (in that order - it didn’t break from hitting the ground).

Everyone stopped immediately, exchanged the obbligatory “did you see that or did I imagine it?!” look, and then went right back to singing.

The Mythbusters clip was fun, but a potentially significant problem with their methodology jumped out at me.

In their preliminary testing, when they were able to shatter a wine glass with amplified sound, they placed the glass on a hard surface in front of the speaker, and in fact taped it down. However, when they got to the final tests of unamplified human voice, the human subject held the glass in his hand while producing his sound.

This bothered me quite a bit. You’d think, for the sake of controls, that they would have secured the glass the same way in both tests. I don’t know whether the hand-held glass might have been more resistant to shattering, that is, if the softer fingers might provide some sort of cushioning or shock absorption compared to the hard tabletop, but the whole point of objective testing is that you don’t want to introduce these sorts of ambiguities.