Silver lining wins by acclamation! (So who is the SECOND most stupid Doper?)

From time-to-time we’ve had nominations for stupidest Doper. I retract all my previous nominations and ask that Silver lining get the nod by acclamation.

He’s not an AI — Eliza the Psychiatrist a half-century ago was smarter.
He’s not a Russian troll — the Montenegrans working for 75¢ an hour who could barely speak English were more convincing than him.
He’s not as fun as cuddly ol’ Clothahump who kept us up to date with his attempts to seduce Lawnmower Girl the Liberal.
And clearly he lacks the intelligence or sincerity of the many right-wingers here who at least make a token attempt at argumentation or consistency.

The final straw was when he posted ten-year old polling data (yes that’s Ten with a T) in an effort to show Trump is winning the votes of educated Americans. To link to that thread, where he can’t even acknowledge that his data was ten years old, here’s my most recent post there:

Some of us are not completely sure that you are posting completely in good faith.

My final sentence here was polite talk for “You are an ugly lying liar, and an imbecile to boot.”

In that thread he pretends to be an adult human:

Hello there. I have a life, family, a sometimes busy job that requires travel, too many meetings with executives, and weekend plans.

But I’m pretty sure the “too many meetings with executives” refers to how often his care-givers need to change his diapers.

I realize that Silver lining is so beyond-the-pale preposterous that no one else has even bothered to Pit him; and I’ll understand if others don’t want to pile on such an intellectual weakling. But I still fantasize that some future civilization will have only the SDMB archives available to reconstruct post-rational American culture so I want to go on record: Yes, we were stupid … but not stupid enough to think Silver lining was anything but a subhuman too devoid of intellect to even get hired as a 75¢-per-trick troll.

I wouldn’t rule out Russian troll. His grammar can be peculiar, and he seems particularly hung up on dismissing any element of Russian collusion or effects in the '16 election.

“Meetings with executives” sounds like the kind of thing that I’ve virtually never actually heard an American say, but sounds like a mundane American activity that might be taught overseas.

Practically flat-out admitted to only being here to attract attention to the falsehoods he posts.

Some threads are shit from the get-go. Some threads simply aren’t going to go well. The ones where this is clearly the case generally aren’t that hard to spot in advance.

The addendum that would have been going a bit far for ATMB:

…Usually because Silver Lining started them. All six of them in the last fucking week.

There is improvement, at least we get cites, now. Really lame ones, but still…Even a journey of a thousand miles can begin with a single faceplant!

Ok, gang, time to apply a Russian troll Turing test. I’ve done this on twitter. The tricky thing is that you need to avoid hijacking a thread on this message board. So stay within the rules.

The Unsolved Mystery Behind the Act of Terror That Brought Putin to Power |...

Ignoring the fact that Vladimir Putin came to power through an act of terror is highly dangerous in itself.

Finally, We Know About the Moscow Bombings

In 2000 Sergei Kovalev, then the widely respected head of the Russian organization Memorial, observed in these pages that the apartment bombings in Russia in September 1999, which killed three hundred people and wounded hundreds of others, “were a...

Is Putin a kleptocratic tyrant? 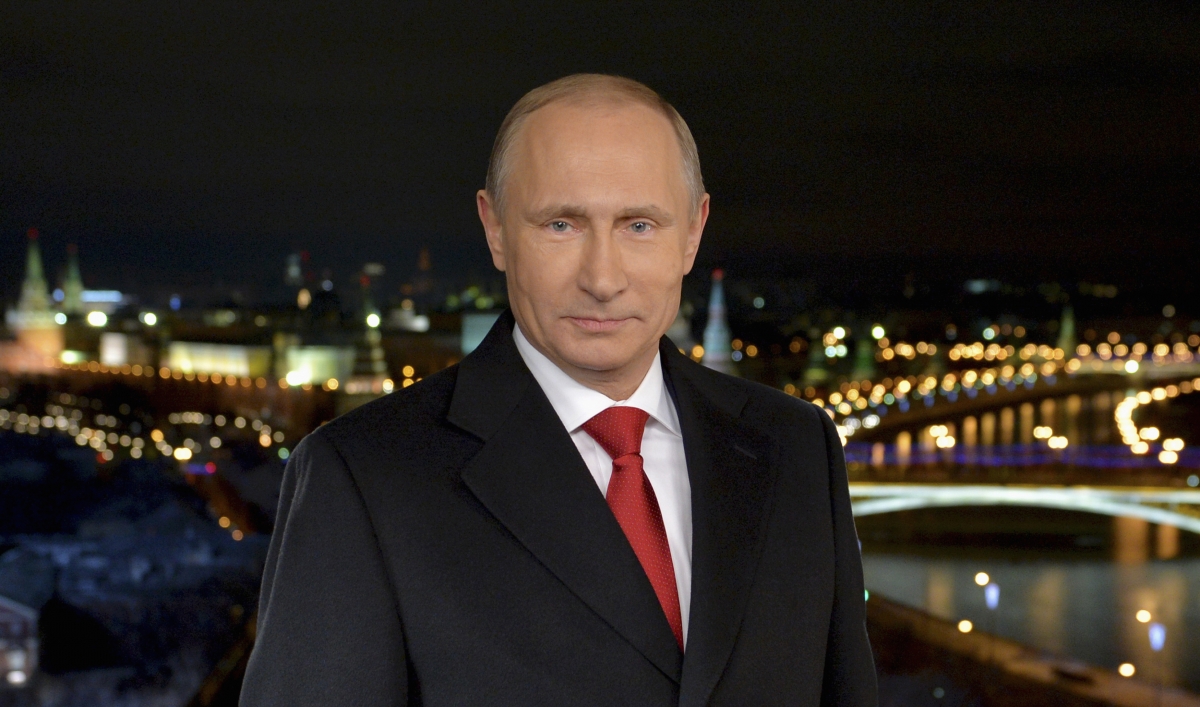 Russian President Vladimir Putin sits at the top of a power structure he helped create. But it wasn't always this way. He was once an unemployed KGB agent looking for a job. He proved a master at upward mobility.


Any red-blooded American could sign off in the affirmative on these matters, and this isn’t especially controversial abroad either. But if you are an Internet Research Agency employee, dissing your boss’s boss is more difficult.
ETA: To be clear, I’m not familiar with this guy’s posts, so I can’t evaluate behavioral patterns to date. Caution!
Skywatcher August 6, 2018, 8:16pm #7

And they keep getting older!

“He’s not a Russian troll.”

You had me and then you lost me.

“He’s not a Russian troll.”

You had me and then you lost me.

I guess you could be the stupidest poster on the SDMB *and *a Russian troll, but the RT (coincidental acronym? - you decide!) is paid to say stupid things, so you can’t really judge his intelligence from his posts.

I’m not saying he’s necessarily stupid, just doing his job: Post talking points designed to influence stupid people, and never veer from them. The dude could be a genius for all I know, but that’s not part of his job, so you won’t see it here.
(On review I see that we agree about that.)

Prior to interacting with Silver Lining, I would have said this would be a toss up between Clothahump (who I swear must never block any strikes to his head) or doorhinge. But Silver Lining has them completely beat. Those two at least every now and then manage to come up with an original (but dumb) thought. But not Silver Lining, this guy cannot do anything except regurgitate links and then poorly express how they support his case (often they don’t). Assuming he isn’t a Russian troll, he is remarkably immune to facts rudimentary thinking. He is bar-none the stupidest, serious (TBD) poster on the SDMB (i.e. I’m excluding explicit trolls that get cornfielded). And yet I cannot help but read his threads, because I find his stupidity extremely funny. It reminds of this scene from The Simpsons:

Lisa: It’s not my nature to complain, but so far today we’ve had three movies, two filmstrips, and an hour and a half of magazine time. I just don’t feel challenged.
Principal Skinner: Of course we could make things more challenging, Lisa, but then the stupider students would be in here complaining, furrowing their brows in a vain attempt to understand the situation.

I’m not saying he’s necessarily stupid, just doing his job: Post talking points designed to influence stupid people, and never veer from them. The dude could be a genius for all I know, but that’s not part of his job, so you won’t see it here.

I find him somewhat useful as a simple foil to make straightforward and obvious answers to, on points that are clearly stupid and inane. Somewhere out there, there’s someone thinking it or who has lost the thread of basic reason, by all the rhetoric everywhere. Having someone raise the speaking points of conspiracy theories gives a chance to rebut them, cleanly.

But yes, if he’s a human then he’s definitely up there in the stupid rankings or if he’s a paid troll, then he’s certainly not in a place where he’s going to have much success with the sort of claptrap he’s trying to foist on us.

I would invite you to read some of the things he’s posted, and read them… with a certain voice. Sure I could be wrong. And I don’t usually bet. But I’d bet on this.

He’s not an AI — Eliza the Psychiatrist a half-century ago was smarter.
He’s not a Russian troll — the Montenegrans working for 75¢ an hour who could barely speak English were more convincing than him.
He’s not as fun as cuddly ol’ Clothahump who kept us up to date with his attempts to seduce Lawnmower Girl the Liberal.
And clearly he lacks the intelligence or sincerity of the many right-wingers here who at least make a token attempt at argumentation or consistency.

I think you just described one of the Trump boys.

He is inarguably a “concern troll” out of central casting, and if not Russian, from somewhere in Eastern Europe (I suspect) or at least pretending to be. The only question is whether he’s being [over]compensated for his middling effort. Should I go to my grave without ever knowing the answer, I’ll be just as dead and will have given exactly the same number of fucks. (Aim low.)

I think silver lining is FXMasterAsshole (or whatever his name was) reincarnated. That guy was totally a member of the troll army, I was sure of it.

Huckabee-Sanders and the N-word

… It a good thing she didn’t cross a Clinton. People who do seem to be accident prone.

The question is:
As right-winger, are you delighted to see allegations that the Clintons are murderers?
Assuming the answer is Yes, my follow-up question is:
Why?
Is it because
(a) You know it’s a lie, but are happy for any disinformation that spreads anti-liberal hatred. Putin’s helping the GOP lie in 2016 is one of the best things that ever happened for America.
(b) You think it’s true. They killed Vince Foster, Joshua Whitewater, and probably Mother Teresa. You’re not sure why Hillary wanted to kill the Ambassador in Benghazi but you’re pretty sure she did. It isn’t hard to misspell Hilary’s name and get to 6-6-6.
© Just asking questions. You’re not sure the Clintons are murderers, but it’s important to keep that possibility in mind.

Maybe I’m wrong. Right-wingers like to pretend that they’re moral people and that they call out bad behavior regardless of politics.
If so, Prove It! Click on the link to Silver lining’s despicable lie and tell him he’s wrong.

I’m not holding my breath.

I don’t know about you guys, but is anyone else disappointed to see that many people chiming in to say, “Hi there obvious troll, you’re wrong”? Like, to the point where it’s something like 50% of the posts in the thread after his are people saying that he’s wrong, in a thread about something entirely different. I reported the post, because this is trolling 101 - offer an incredibly stupid inflammatory statement, then run away while everyone and their dog rushes in to point out how wrong you are - but I suppose the mods are busier assuming that any given post is a hidden insult. :rolleyes:

Do not feed the troll. It’s not a hard thing. One person pointing out that they’re a fucking tool is enough, thanks.

I’ve never seen it as a problem to correct falsehoods, even from Obvious Trolls, when it’s not the emotional response they’re hoping for. Yes, its’s feeling the troll…but it’s feeding him broccoli and fresh greens, not the cucked lib tears he thinks he wants.