Similarities between 2012 and 2004 primaries

I have been thinking about the 2012 Republican primary and its similarities with the 2004 Democratic primaries. Obama’s position is not dissimilar to Bush: he is in good shape to win re-election but certainly beatable. Like in 2004, the opposition party is furious and wants to win at all costs.

Mitt Romney occupies a position quite similar to Kerry; he has the backing of his party establishment and appears to be a a solid front-runner without generating much enthusiasm from his party base.

The issue is who is the Republican Dean and can he or she get the nomination? Huckabee and Palin are the obvious choices and both of them have a solid portion of the activist base solidly behind them. However Palin is unelectable in the general and Republican primary voters can read the polls as well as anyone else. Like I said they desparately want to win and I can’t see them choosing Palin.

Huckabee is an interesting case. He certainly has more gravitas and Palin and is IMO is quite likeable despite his crazy positions. Is he acceptable to the party establishment? Will he poll well against Obama after his positions become better known? My gut feeling is he isn’t presidential material he will lose points in the primary on the electability issue.

If this is right there could be an opening for someone to rally the base and challenge Romney and I am thinking Pawlenty might be a good bet. Take a look at this excellent analysisby Nate Silver especially the graph which positions the different players on an insider/outsider and moderate/conservative axis.

Romeny is firmly in the insider/moderate quadrant and unless he crashes I can’t see anyone challenging him. The logical opposite is the outsider/conservative quadrant and this is the direction where the Tea Party is pushing the GOP anyway. If Palin and Huckabee are deemed unelectable, Pawlenty is in a great position to edge towards that quadrant and make it his own.

His evangelical faith should help him appeal to social conservatives. And while I found his “Courage to Stand” adrather absurd, I think it is a very slick and effective pitch to the conservative base. Overall technology has made a Dean-style insurgency much more viable since 2004 and of course Obama himself won a similar campaign against Hillary.

The problem is Pawlenty’s personality seems rather bland and there is no issue like the Iraq war was for Dean and Obama to rally the party base. Perhaps health care but really everyone including Romney will rail against the health care bill. Pawlenty needs a big issue where he stands with the base and Romney doesn’t. If he can find it he could really challenge Romney and win the nomination. If not I still think someone from that outsider/conservative quadrant will get big and become a serious contender.

There are certainly quite a lot of details like that to take into consideration. That could be a nice level to bring up. I supply the ideas above as normal inspiration but clearly there are questions like the one you deliver up the place the most important factor can be working in sincere good faith. I don?t know if greatest practices have emerged round issues like that, however I am certain that your job is clearly recognized as a good game. Both boys and girls really feel the impact of only a second’s pleasure, for the remainder of their lives.

Pawlenty? Who recently flirted with the idea that refusing to raise the debt ceiling and thus destroying the US economy was something we should consider??? 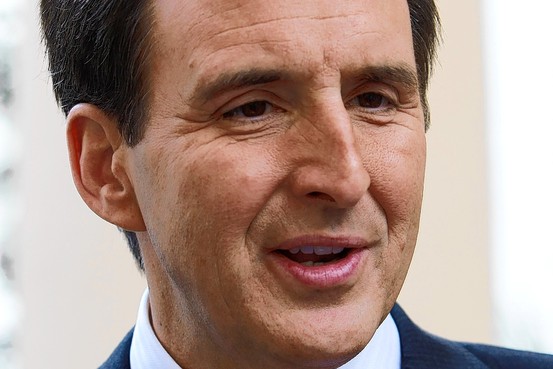 Former Minnesota Gov. Tim Pawlenty, a likely GOP White House hopeful, called on congressional Republicans to block an increase in the limit on federal borrowing, and he proposed legislation that he said would prevent a U.S. default on its loans.

“Mr. Pawlenty said Congress should pass legislation that would put interest and debt payments ahead of other federal spending and allow the federal government to pay its creditors as tax revenue flows in. With the surge of tax payments that come in between April and June, that would at least buy time to try to cut spending dramatically, he said”

So we just stop paying for the military, social security, federal employees, safety inspections, etc; while we spend all income to pay our creditors?

We are talking about the Republican primaries after all and in fact that is exactly the kind of red meat that will endear him to the Tea Party set.

For the Reps to win, they’d need to restore faith in the Republican party. Drop all the spinoffs, unify on a few primary issues, and for gawds sake, divorce themselves from the Saturday Night Live fodder. That may be a tall order for that party.

For the analogy to be accurate, the Republicans would have to be pushing a pretty moderate candidate up and into the limelight, like President Obama. I don’t really see that happening.