Split the US into 3

The last couple of days, I’ve been thinking that if Trump wins another term, perhaps we should just admit that the “continental” US is a failed experiment, and divide the country to better represent the very different sorts of people who seem to be geographically distributed quite differently.

Sure, there are problems dividing along state lines. For example, here in IL, it might make sense to separate the liberal NE part from the conservative lower 2/3. Maybe the coastal parts of the west coast states should be split from the conservative inland areas. And sure, some folk would find themselves very much in the minority within their new country.

Dividing in this manner would result in 3 still very strong countries, who would be free to decide to work together or pursue their own paths as they wished. Each state would have considerable access to ocean shipping. I think each of the 3 would have various strengths re: such things as natural resources, population centers, infrastructure. The NE could make DC a state and welcome PR. We wouldn’t have the issues re: representation in the Senate and EC.

Sure, it will never happen, but what do you think?

Sure, it will never happen, but what do you think?

Not only will it never happen it doesn’t solve any problems. The division in the US is between between racial, social, economic and political divides that don’t track with geography like the Civil War did. Now you would have three separate countries that would be divided.

Figure out how to chop this bunch of pictures into 3 coherent parts then get back to us:
https://www.google.com/search?q=purple+election+map&tbm=isch

Yeah - and I guess we fought a war over similar issues.

Folk in Miami, Atlanta, etc would have to decide whether they wanted to remain in their new red country, or move elsewhere.

Issues such as dividing the national debt would be huge challenges.

It sounds like one of those things where everyone ends up worse off rather than better off.

The West coast and Northeast would try to form an alliance, probably, due to similar political leanings. But it would be hard when there is a big red country in between.

There’s certainly far more to US culture than which president each county favored in 2012 or 2016. Here are some other attempts to subdivide the US by other aspects of culture:
https://www.google.com/search?q=us+cultural+regions&tbm=isch
As you can see, there are several ideas to choose from and no obvious way to discern which is best. And of course each of those nice bright primary colors is actually subject to a lot of the same “purple effect” and not just along the nice sharp borders drawn between each color.

Ultimately the solution is greater integration. That way is the future. Cf Star Trek.

Sub-dividing and sub-sub-dividing in search of strict local homogeneity is how we get back to bickering between the People’s Judean Front and the Judean People’s Front. 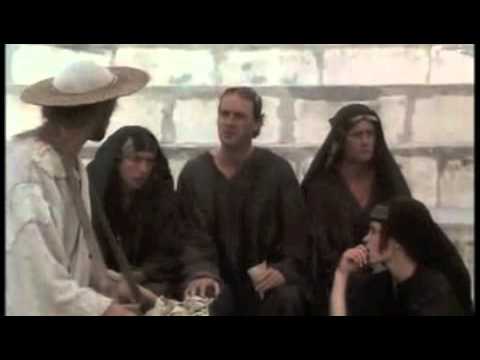 This would be a great exercise for a high school class. Name the top 1000 things wrong with this idea.

Here’s my contribution. It looks backward. What do these sections have besides being red and blue states? Certainly there are no cultural similarities worth taking seriously. The Carolinas and Utah? Maine and Illinois?

The country is already changing. Florida is turning red. Georgia’s on the verge. Texas will do so in the next election if not this one. Arizona is reddening. Nevada is red. North Carolina is following.

The United States is one indivisible country for a reason. Local differences must be subsumed to national policies. Temporal enthusiasms will fade as the world and society changes. Majority rule always disenfranchises some segment, but trying to split into ever finer gerrymandered mutations to make minorities the majorities is an endless downward spiral into clan warfare.

It’s a bad idea from the outset. There’s no saving it.

The country is already changing. Florida is turning red. Georgia’s on the verge. Texas will do so in the next election if not this one. Arizona is reddening. Nevada is red. North Carolina is following.

Red. I’m not sure that word means what you think it does.

Here’s my contribution. It looks backward.

I very much agree with this. In my lifetime (granted I wasn’t old enough to vote, by a good bit) a Republican ran for President of the United States. This candidate carried substantial areas of New England (everywhere but Massachusetts and Rhode Island); he carried New Jersey; he carried Illinois and Michigan; he carried Washington state, Oregon, and California. And he lost the election. (1976, Jimmy Carter vs. Gerald Ford. By 21st century, “Red State vs. Blue State” standards, that map looks just totally bizarre, almost surreal.)

As I look at social issues, I see so many - religion, abortion, gay rights, racism - which seem largely unchanged over the past 20-30 years. And certain portions of the country seem adamant at resisting progress in those areas.

I’d really love not having to try to drag the freaking troglodytes into the 20th century.

Yeah, this is all unworkable, but I’d really prefer to let the hard core conservatives form their own eden without liberal devils like me.

As I look at social issues, I see so many - religion, abortion, gay rights, racism - which seem largely unchanged over the past 20-30 years.

I don’t want to be a Pollyanna here (and, apart from being an atheist, I’m a member of the “privileged” group in all these categories). But:

Since the beginning of this century the United States has gone from being a Protestant-majority country to being a country where barely more than a third of Americans identify as Protestant. In thirty years “None” (no religion) tripled, from 7% in 1989 to 21% in 2019. By pretty much every measure we have become a more religiously diverse and more secular country.

At the dawn of the century gay marriage wasn’t legal anywhere in America. Now, it’s legal in all 50 states, and 70% of Americans are OK with that.

So, yeah, there have been major social changes in America in the last 20 to 30 years.

Red. I’m not sure that word means what you think it does.

It’s hell being a senior.

Yesterday, it finally happened. The archetypal senior moment, the one that nobody can believe happens until it happens to you.

I looked all over for my glasses. My wife helped me look. We couldn’t find them.

They were on my face.

For the record, change “red” to “blue” throughout my post #7.

Look at the bright side. At least you’re not user @Inigo_Montoya. And upon checking, boy did I butcher that quote. How about “You keep using that word. … I do not think it means what you think it means."

Having worn eyeglasses since college I can tell you the first time I lost them on my face was during my Junior year. Carter was President. That wasn’t the last time either.

Honestly, I hate the fact that our president will be older than I am.

Folk in Miami, Atlanta, etc would have to decide whether they wanted to remain in their new red country, or move elsewhere.

Leaving one’s home is a deeply awful thing to do for many folks. There are (for example) around 2.5 million Black North Carolinians. Forcing them into a nation permanently ruled by Republicans (with the option of emigration) would be an incredibly shitty act. The “oh but they can emigrate” line is glib to the point of ignorance.

This sort of proposal betrays a fundamental misunderstanding of the complexity of Southern political life.

If, at any notable period in history that you can think of, the people on the “right” ideological side took the approach you advocate, can you think of any major ideological divides where the world would have been better served?

Just, like, very broadly speaking, per capita for the people alive at the time, when in history would it have been good for a society to just give up and consign minority groups to fight or flight, rather than attempting to actually impose their will w/r/t the principles at the root of the divide?

Now, why even have gerrymanders on the payroll if we’re not going to put them work?

I’m glad to the extent I’ve been able to distract anyone from dwelling on the events of today, and to unite everyone in their rejection of my proposal!

You may just have asked a day too soon. Ask again tomorrow when secession might be far more popular.