You’re all worthless motherfucking liars with the civic virtue of a sewer-rat’s tapeworm. “Voter fraud” is a non-problem and you know it. The Dems don’t want undocumented immigrants to vote any more than you do, and you know that, too. This is all about disfranchising the poor and minorities. Shame on you all, and STFU forever.

The majority of the supreme court decided without comment to leave not to hear the case requiring Florida newly enfranchised Florida felons to pay thousands of dollars before they are allowed to vote. Thus the Federal appeals court ruling (also made without comment) that allows the law to go into effect (after a previous judge blocked it) will stand.

This is so obviously a poll tax with the sole with exactly the same goal of poll taxes in the era of Jim Crow. Prevent poor blacks from voting against the people in power. The judges who ruled to keep this law couldn’t even deign to offer the most flimsy excuse for why this law isn’t obviously unconstitutional, they just signed their name to it to support the people who put them on the bench.

What’s going on in Florida is insidious. Court administrators are having tremendous difficulty even determining how much many disenfranchised voters owe and Gov. DeSantis hasn’t authorized any additional resources in catching up with the backlog of cases. Which, at current estimates, will take four years to complete.

We have some very skilled red states at suppressing votes – Georgia, North Carolina, Wisconsin, Texas, come on down! – but Florida is going for the 2020 grand prize.

So the state of the records are that a lot of people know they owe something, but not exactly how much? I ask because it seems a bit weird. Then again, it’s Florida…

Is this the part of the thread where Bricker comes in and farts about how it’s okay to suppress the votes of minorities if you can pretend you have a legitimate reason, even if that reason isn’t actually served by the suppression?

So the state of the records are that a lot of people know they owe something , but not exactly how much? I ask because it seems a bit weird. Then again, it’s Florida…

No, I worded that very badly and misleadingly after double checking. Apologies to all for that. Some of the jurisdictions are having trouble determining aggregate amounts (for reporting purposes) but they can generally tell an individual how much he/she owes in short order.

The good news, if there is any, is that jurisdictions sometimes negotiate the penalties/fines owed and sometimes even waive them altogether (this will not happen in red counties). And there are small crowd funding efforts under way. The bad news is that billions are owed and these citizens are getting fucked. 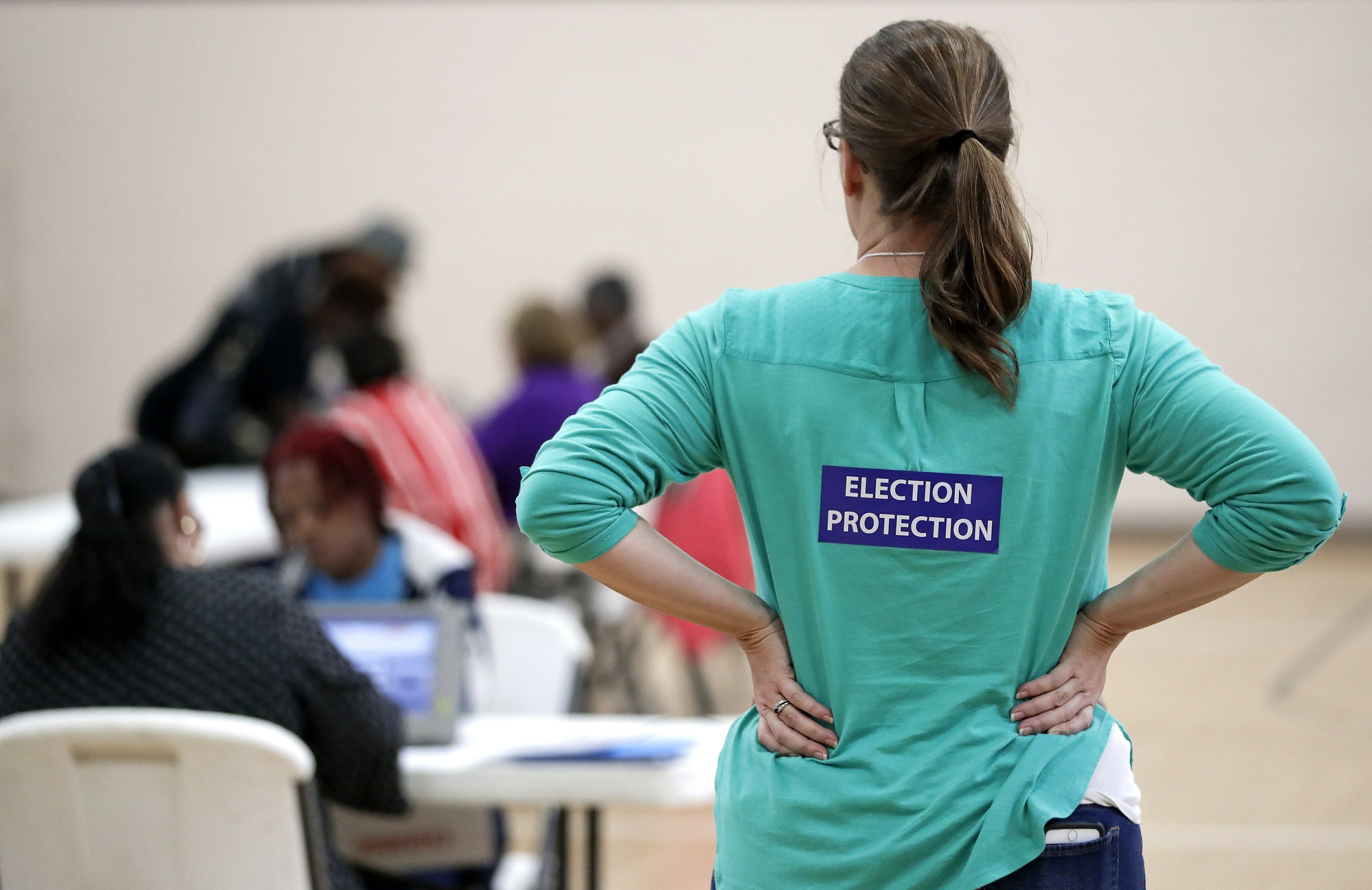 WASHINGTON (AP) — For years, the state of Pennsylvania has had strict rules about who can stand in polling stations and challenge the eligibility of voters...

Why don’t they just come out and say it? “We want you to show us your completed ballot before we allow you to cast the ballot.”

Why don’t they just come out and say it? “We want you to show us your completed ballot before we allow you to cast the ballot.”-

“Just take this sharpie and mark it. Where we can see it.”