Student tells teacher why she is wrong

This student tells his teacher why her method of teaching is wrong. I agree with him.

That kid has a lot on the ball. I’d bet on him.

Agreed, because of government (federal and state) legislation. Off the top of my head I don’t remember all of them, leave no child behind, the test where they study to study the test to get passing grades which takes up a lot time in which they could actually study. If I remember correctly that test was tied to the teacher’s and their ability and knowledge and so students make passing grades to graduate.

Also was tied to funds from the government.

Lists of test vary from state to state. 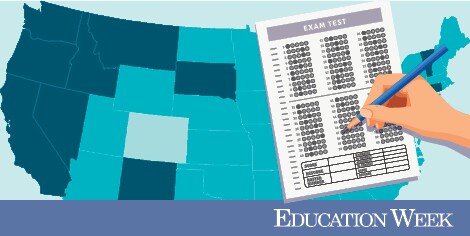 What Tests Does Each State Require?

Which states use common-core-aligned tests? Which require the SAT or ACT? Browse the results of Education Week's latest state survey of testing plans and see how the national testing landscape has evolved.

It’s been years since I’ve seen that. It’s a clear hoax that made the rounds a while back.

Great Debates requires a bit more than a video link and “What do you think?”

Frame the debate and explain the video significantly better in the future. Or your future GD OPs with also be closed.