I finally finished S2 and am glad I watched. The show’s definitely grown on me.

That was a heartbreaking kitchen scene when Ken wants to tell his mom something important, and she puts him off until the next morning, and then leaves on errands.

I liked the ultimately failed wooing of Rhea to take over as CEO - Holly Hunter is always good.

The Senate hearing scenes were painful. The Roys really are their own worst fucking enemies.

I hope the Bernie-esque senator, Shiv’s ex-boss, is actually elected President, or is named Secretary of Commerce or something in the new administration, so he can continue messing with the Roys.

…Ken’s yielding to addiction again, and having his own personal Chappaquiddick, were striking. Likewise Shiv’s confession - to her groom, Tom, on their wedding night! - to having had an affair, and not being totally cool with the concept of monogamy…

Glad they got back to this. I can easily see Tom having stewed over it for a year now.

Roman’s not supposed to [be] funny, he’s supposed to be an entitled jerk who THINKS he’s funny. That said, some of his quips have a hint of wit and I smirk along with him, but I feel like a jerk doing so. And that’s the point.

Agreed, and well said. It’s a defense mechanism with him, but he’s just not that good at it, just obvious, spiteful and small-minded.

…And why was Ken not in the room [for the first coup attempt]? Because Logan manufactured his delay. He was ahead of Ken, and I suspect got him into the position of Ken flying out to convince someone (possibly at his request), and Logan then got the President to manufacture a terrorist incident to stop Ken making it. That was what the phonecall was about later (and the president apologising profusely about being late, being a subject of Logan)…

Ooo, I hadn’t thought of that, or realized it. Nice.

The press conference at the end was great; I guessed as he entered the room that Kendall was not going to go quietly.

Did you notice Logan Roy smiling slightly as Kendall testified against him? I think he appreciated that his son was finally showing some independence and strength, even if it meant betraying him.

Yes, Logan’s smile was faint but certainly there. There was a touch of fatherly pride there… Ken was finally showing he could be “a killer.”

I just finished a binge watch of the show. I am glad I gave it another chance. I tried to watch it when it came out but I had the whole these people are totally unlikable feel and dropped it. Then I saw all these great reviews for Season 2 and was like, really? It wasn’t until I saw something which categorized the show as “satire” that it clicked. You aren’t supposed to like any of the characters - they are all supposed to stand in for how terrible the rich are. So I went into watching it with that in mind. Makes it 10 times better.

I was really reminded of that in the final episode of Season 2 when Kendall says he deserved jail time for the boy dying and Logan called him not a real person. Which made Kendall actually do something likeable.

Anyone who likes Sarah Snook, the actress who plays Shiv, might want to check out her new movie, An American Pickle, with Seth Rogen: https://www.youtube.com/watch?v=nQjlMFLldto&t=25s

And Kieran Culkan (Roman Roy) is now in a series of VW ads with Paul Giamatti: https://www.youtube.com/watch?v=Mu8Ifzqrl6k

Two big Emmy wins for Succession - for Jeremy Strong, who plays Kendall, and the show itself: https://www.cnn.com/2020/09/20/entertainment/emmy-winners-2020-full-list/index.html

Jeremy Strong also appears in the new Aaron Sorkin-written and -directed The Trial of the Chicago 7, a good courtroom drama, in a surprisingly funny (and very un-Kendall) role as Yippie leader Jerry Rubin. At 0:32 and later here (“I was until I saw them”): 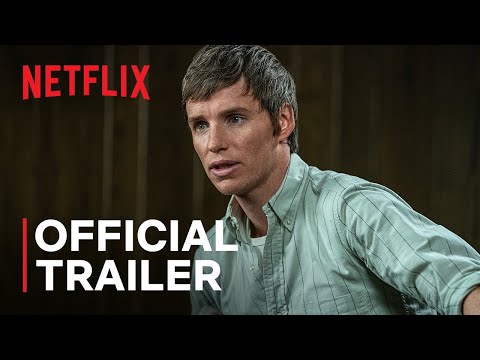 So what do you think about Season 3 ?

Seems pretty solid so far but I do wonder about the broader narrative arc. Succession has basically been two arcs where Kendall challenges his dad and is beaten down. Now he is challenging his dad again but it would be really repetitive for him to lose yet again. But it’s hard to see him winning decisively either. I suspect the writers will give him some kind of half-victory where he doesn’t become CEO himself.

I also think the series needs some fresh characters or maybe a higher profile for an existing character like Sandy Furness. Maybe set up an arc for Season 4 where Furness tries to take over the company and the Kendall kids have to get together to stop him. Another interesting direction could be to make the show more political with major story arcs involving the President and perhaps Gil Eavis. BTW what has happened to the Presidential campaign?

I’m enjoying it. It seems this is Kendall’s biggest salvo yet. Previous ways to usurp his dad seemed to be using the board or other internal corporate measures. This one is done in public and is pulling everyone in. The other siblings have to take more of a explicit side (and so far are Team Logan but could switch in an instant… probably aside from Shiv now).

There is also a chance that Logan finally kicks the bucket this season and the kids fight for the spoils.

Yeah there is no question that Kendall landed a huge first blow in public from which Logan is still to recover but his later moves especially in Episode 3 don’t inspire a lot of confidence so it’s hard to see him emerge completely victorious.

While it’s entirely possible that the show will focus on the upcoming squabbles between the Roy kids I also think it’s sort of become familiar ground which is why I think an arc where the kids have to work together against a new antagonist could be more fun.

And remember that Logan covered up that guy’s death in Scotland, caused by Kendall’s drinking and drug use. Logan could, if he wants, bring that back up to put Kendall in legal trouble.

Wouldn’t that imply a coverup orchestrated by Logan himself? I was wondering the same thing, that Logan has that ace in the hole to pull, if needed.

For me, the best part of this show is the interplay between Tom and Greg, who never fail to get me laughing. The Greg character is a stroke of genius and MacFadyen’s perfect foil.

Who knew Matthew MacFadyen was such a comedian? I think he steals every scene. The toilet wine scene from this week’s show killed me.

Who knew Matthew MacFadyen was such a comedian? I think he steals every scene. The toilet wine scene from this week’s show killed me.

What I love about MacFadyen is that he’s such a great, classic actor, that he can flip from the comic scenes to pure pathos, such as the end of last season when he has that heartfelt conversation on the beach with Shiv.

The toilet wine scene from this week’s show killed me.

Oh, wife down the stairs, make you a eunuch, dress you up in her clothes and marry you stuff while punching his arm was absolutely hilarious.

For me, the best part of this show is the interplay between Tom and Greg, who never fail to get me laughing. The Greg character is a stroke of genius and MacFadyen’s perfect foil.

They really are a perfect comedic team. I’m hoping that we end all these machinations and power plays with CEO Greg at the end

What I love about MacFadyen is that he’s such a great, classic actor, that he can flip from the comic scenes to pure pathos, such as the end of last season when he has that heartfelt conversation on the beach with Shiv.

This, exactly. I’ve seen him in so many roles and he is always pitch perfect, no matter what is required. But I never figured he’d nail this kind of range. He’s having a blast and it shows.

I read an interview where he shares that he and Nicholas Braun often try the patience of the rest of the cast and crew because they struggle to get through their scenes without cracking up. I think it would be nearly impossible for them not to! I give credit to the producers of the show for recognizing the magic between these two and giving them extensive roles.

That would be the perfect outcome, wouldn’t it? As you’ve no doubt discerned, for all his, “Gosh! Gee!” obsequiousness, Greg is as selfish as they come. Also cunning.

I read an interview where he shares that he and Nicholas Braun often try the patience of the rest of the cast and crew because they struggle to get through their scenes without cracking up.

I couldn’t possibly imagine saying I’d castrate you and make you my wife without dying laughing at least a few hundred times!

I wonder that maybe with the walk they are foreshadowing Logan’s death perhaps sooner rather than later. And it seems that Tom may be a good person to flip to Kendall - seems like his ‘sacrifice’ didn’t actually win him much. I wonder if we’ll be seeing a Kendall & Tom vs. Shiv & Roman & Gerri battle with Greg awkwardly jumping from side to side.

So does the latest episode mean that Kendall has been decisively defeated or does he have some other cards up his sleeve?
Also what happened to the plotline with the Adrien Brody character from the last episode?

Anyway a fun episode especially the Waystar team running round like headless chickens while Logan is ill.