While this has been mentioned in Stupid Gun News I believe it deserves its own thread: 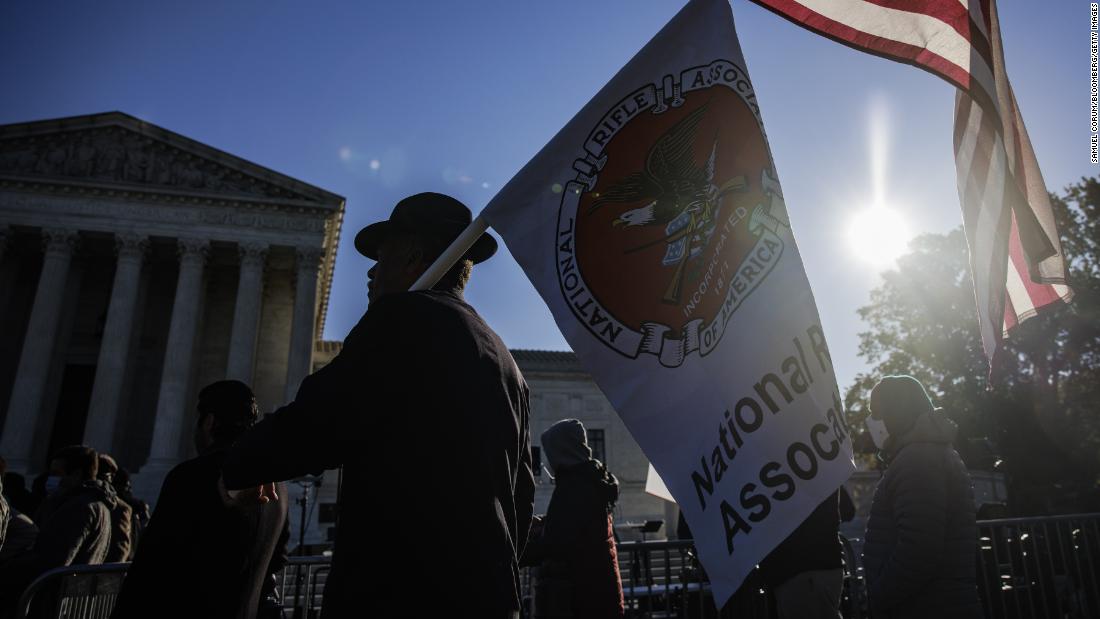 The Supreme Court opinion is the widest expansion of gun rights in a decade.

Frankly this seems to violate state’s rights (which is strongly supported by conservatives)–as well as being a poor idea.

The Supreme Court once ruled that the constitution is not a suicide pact. Guess they’ve changed their “minds”.

On this from the CNN article, is this a valid point?:
Justice Samuel Alito, in a concurring opinion, pushed back: “And how does the dissent account for the fact that one of the mass shootings near the top of its list took place in Buffalo? The New York law at issue in this case obviously did not stop that perpetrator.”

That seems to imply the New York regulation was unconstitutional and merely one of several that could still be implemented by states, and that the ones Justice Kavanaugh mentions are constitutional, do I have that right?

That seems to imply the New York regulation was unconstitutional and merely one of several that could still be implemented by states, and that the ones Justice Kavanaugh mentions are constitutional, do I have that right?

Yes. It is the difference between “shall issue” states and “may issue” states. Some states do not require a CCW permit at all, while nearly all the rest as a “shall issue”- that means that after a background check, maybe a gun safety course, etc, the Sheriff, Chief or whoever, shall issue the CCW.

In CA, a “may issue” state, each county decides. Kern County is effectively a “shall issue” county, whilst in LA county , the permits only go to larger contributions to a reelection campaign or VIPs. That is obviously unfair.

It is well known that in general CCW holders are not a issue. Since in the 35 or so “shall issue” states do not have an appreciable higher level of gun violence than “may issue” states, the ruling is fair and will not increase gun violence significantly.

While this has been mentioned in Stupid Gun News I believe it deserves its own thread:

Frankly this seems to violate state’s rights (which is strongly supported by conservatives)–as well as being a poor idea. -

Will carry be allowed in government buildings or will they insulate themselves once again?

Thank you for that explanation. Ignorance fought!

It is well known that in general CCW holders are not a issue. Since in the 35 or so “shall issue” states do not have an appreciable higher level of gun violence than “may issue” states, the ruling is fair and will not increase gun violence significantly.

I went to go check on this claim and found this article from the NIH:

Easiness of Legal Access to Concealed Firearm Permits and Homicide Rates in...

Objectives. To examine the relation of “shall-issue” laws, in which permits must be issued if requisite criteria are met; “may-issue” laws, which give law enforcement officials wide discretion over whether to issue concealed ...

I am still reading through it and absorbing it, and it does not seem like they have a particular axe to grind, but here is what they are saying:

Is anyone in a may issue state now going to apply?

This Supreme Court: “Gun rights are too important to allow the states to set policy. Fed governs.”

Also this Supreme Court: “Abortion is too important for federal interference. States govern.”

I don’t know how anyone seriously argues they are not a naked body of ideological policymaking.

I generally believe in the right to bear arms, and think that includes carrying a personal sidearm–subject to restrictions. This ruling mostly just affirms that, so on spec I agree with it. In some of the particulars of how may issue laws work, I also think they were not good law. They give way too much discretion to petty functionaries and that introduces a lot of gross favoritism into the process.

On the flipside, from a judicial review perspective, I find that while it isn’t quite impossible logic, you now have a six justice majority that is working a pretty tight pretzel by ruling that not only the 2nd Amendment but the 14th Amendment is the font of this individual carry right, but that it is is not a font of a right to privacy vis-a-vis abortion.

I’d give them time to update their laws first. Unless you want to be the pioneer case where you’ve got to pay for a lawyer to threaten them with another lawsuit to bring them into compliance. Hopefully you can get backing from one of the gun owner associations.

You know they’re going to drag their feet on that as long as they can.

I think the Supreme Court is at risk of being tone deaf here. I note they want to expand the definition of protected buildings to include courthouses. I cannot fairly judge the legal arguments, but I could comment on the timing. How much practical difference does this make? I don’t know.

You know they’re going to drag their feet on that as long as they can.

Yep. Eric Adams is saying that law enforcement should act as if nothing changed.

The timeline may be like Brown v Board of Education. Deep south compliance took about 15 years.

Then they closed schools local Black people were proud of, fired or demoted their principals and teachers, and forced their students into an alienating environment. And that’s supposed to be one of the best, most humane, examples of striking down a state law. I recently read a good book on this.

P.S. I know my last link doesn’t support the idea that Brown had a net negative effect, but there’s evidence for it in the book.

Frankly this seems to violate state’s rights (which is strongly supported by conservatives)–as well as being a poor idea.

Technically speaking, the incorporation of the Bill of Rights is a violation of state’s rights. But since we’ve gone down that path, making sure that state and local governments are forced to respect the 2nd Amendment is a very good idea.

It may be true that to enjoy many other rights a demonstration of eligibility is not needed. This strikes me as a weak argument. There is no need to treat all rights as exactly equivalent. It is reasonable to me to mandate training, do background checks and have a reasonable purpose in mind. I prefer the Canadian approach, which sees gun ownership as a privilege and with significant (and adequate) penalties for misuse; however I understand the different historical trajectories. The American approach has not been without problems.

Technically speaking, the incorporation of the Bill of Rights is a violation of state’s rights.

Will carry be allowed in government buildings

Consider, for example, Heller’s discussion of “longstanding” “laws forbidding the carrying of firearms in sensitive
places such as schools and government buildings.” 554 U. S., at 626. Although the historical record yields relatively few 18th- and 19th-century “sensitive places” where weapons were altogether prohibited—e.g., legislative assemblies, polling places, and courthouses—we are also aware of no disputes regarding the lawfulness of such prohibitions. ( … ) We therefore can assume it settled that these locations were “sensitive places” where arms carrying could be prohibited consistent with the Second Amendment. And courts can use analogies to those historical regulations of “sensitive places” to determine that modern regulations prohibiting the carry of firearms in new and analogous sensitive places are constitutionally permissible.
( … ) But expanding the category of “sensitive places” simply to all places of public congregation that are not isolated from law enforcement defines the cat egory of “sensitive places” far too broadly

So basically yes, you can still fully ban carry inside defined sensitive spaces. But not in the general public common space.

All in all it’s a decision that I kind of expected. It does not abolish all requirements for qualified permitting(*), but it makes it so that it is not to be presumed that the individual needs a reason why carry at all to be proven to the satisfaction of the authorities.

(* I am a skeptic of the unrestricted-nonpermitted-carry rule that has been gaining traction with some of the hardliners. Just can’t see howequiring you to show you are aware of your responsibilities is not an abridgement or an infringement (and save yourselves your comparisons to speech, you know who y’all are…). Heck, I got a CC permit without owning a firearm just because I figured I might as well learn more about the use of handguns and as long as I’m at it might as well get this official piece of paper.)

When they ratified the Bill of Rights, there was no expectation they would be enforced on the federal government, much less states. They were parchment promises.

And when they ratified the 14th amendment, no one that I know of thought that meant the second amendment now applied to states.

The 2nd amendment is vague. People, in this case members of the 1913 NY legislature, should not be held to vague laws.

Maybe NYS should establish a well regulated miltia and make membership a prerequisite for gun ownership.