I don’t know how I missed this before, but we noticed it when returning from North of Boston this afternoon. Salem MA artist Amanda Dunham painted an electrical box in Salem this past summer so that it looks like a TARDIS. Here’s the story: 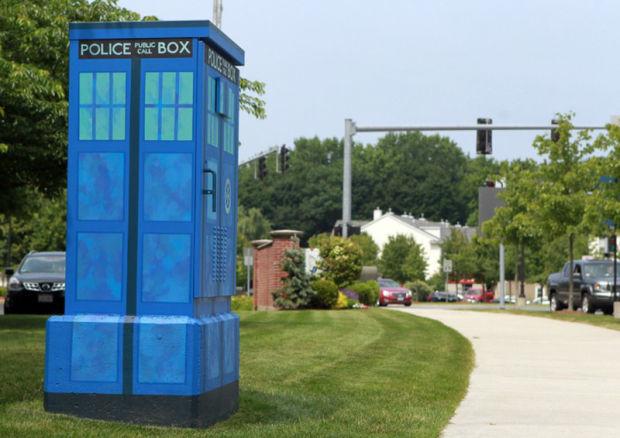 ‘Dr. Who’ box causing a stir in downtown Salem

SALEM — North Shore “Dr. Who” fans can breathe a sigh of relief. 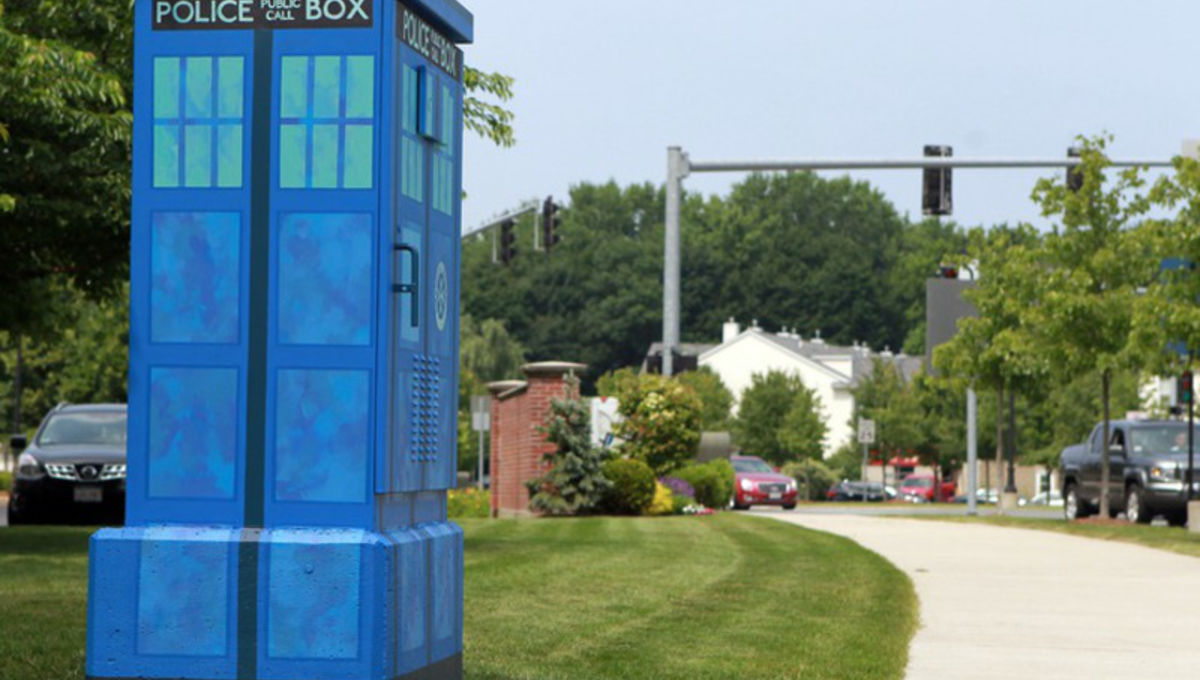 Doctor Who fans successfully rally to save endangered TARDIS

Here's why a local Doctor Who group in Salem had to begin a 'Save the TARDIS' campaign.


The photo accompanying the story exaggerates its size – it isn’t life-sized. If the door could open, you’d have to crawl in. Still, it’s impressive. Better than the other Electrical Box Art I’ve seen in other Massachusetts towns.
My favorite part: There was an outcry of local Who fans who wanted to be sure this wouldn’t be painted over. According to the article:

Dunham said she received an email from the city that said some residents had expressed concerns about the wording on the box, worried that it could be confused with an actual police call box.

There was never any consideration of painting over the entire box, Dunham said, only changing the “police” label.

Concern over saving the TARDIS spread through the city via word of mouth.

Dunham, a “Dr. Who” fan who moved to Salem after graduating from Boston University, said she chose to enter a TARDIS design in the city’s ArtBox program because, like Salem, it represents the past and future.

Heck, it beats the Bewitched/Samantha Stevens statue closer to downtown: 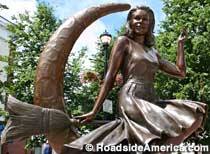 
http://www.bewitched.net/statue.htm
In other Doctor Who news, I saw this phonme cover for the first time this weekend:

Very cool, good for her. Also linked to that story is one of a man who make a TARDIS wedding ring. The picture of the ring doesn’t show up on the page, but it’s linked. Here it is. Nice!

Here in Olympia, we actually have a life-size TARDIS, in the parking lot of a local burger shack;

Here in Olympia, we actually have a life-size TARDIS, in the parking lot of a local burger shack;

There was a wonderful life-sized TARDIS at the 2014 Arisia SF convention here in Boston two weeks ago. It might have been a re-appearance of the TARDIS built for the Arisia dance a few years back.

I was in Glasgow, Scotland in 1990 and 1991. There was an actual police box out on the street in the downtown area. I have some photos of me standing next to it.

I was in Glasgow, Scotland in 1990 and 1991. There was an actual police box out on the street in the downtown area. I have some photos of me standing next to it.

There’s a few, still there