First, a disclaimer; currently medicated (high af). Make of this what you will.

Second, if this works better elsewhere, the mods know best. I give blanket authorization for the mods to do with this as they will.

Now on to the matter at hand.

I just got a text urging me to vote for Fetterman. Of course I’ll be doing that, I’ve met and talked with the guy. I have friends who interacted with him in his mayoral role. I’m urging my friends to vote Shapiro, Fetterman. He reminds me of pre-presidential Obama. He’s that great of a guy.

But (there’s always a but), the text came from 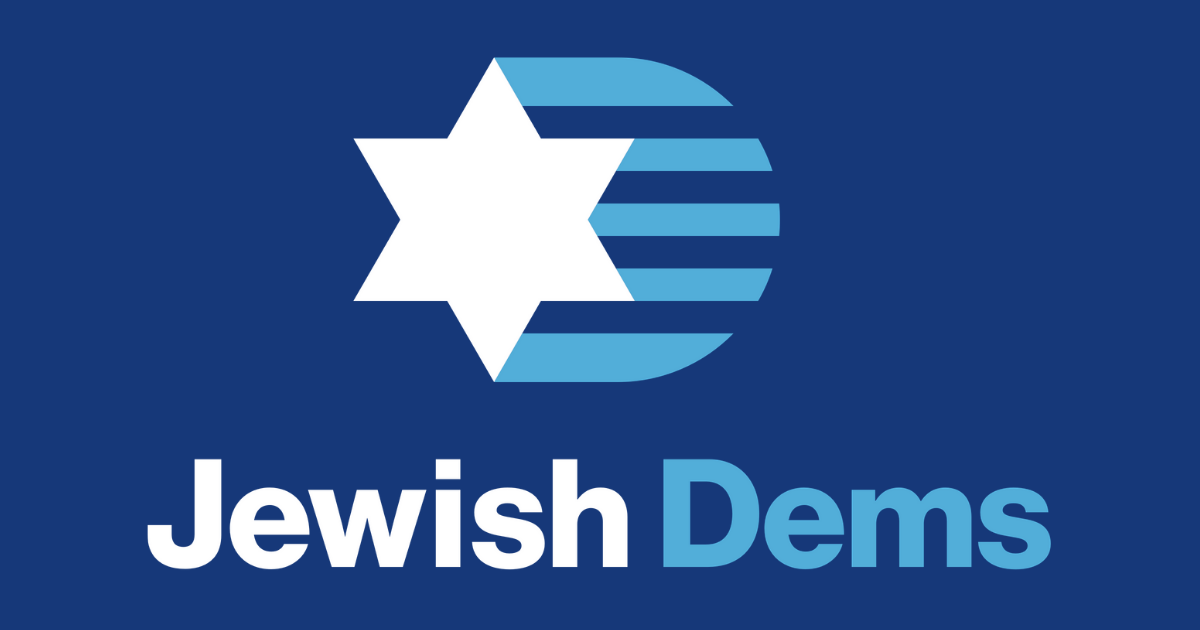 The Jewish Democratic Council of America

The political home of Jewish Democrats, and the only national organization combining Jewish values advocacy with a Democratic political agenda.

Now, my mother was jewish, my dad was P….(rotestant or resbyterian, I forget). We had a xmas tree and Santa brought gifts. My mom lit her Hanukkah candles. I was atheist at birth and remain so. I’ve been in synagogues a handful of times, but I’ve also been in churches, mosques, meeting houses, temples, etc just out of curiosity.

I have no problem with my voter registration being a matter of public record, but it bothers me on some level that someone has somehow accessed information about my history. I’ve never registered as a particular religion. I have tattoos, but none are numbers.

Coincidence? The tone of the text seemed to be “from one Jew to another”. And yet overall I’m thrilled someone is spending time sending these texts!!

If any of this offends anyone, my apologies. Placing it in the pit so you can yell at me (but please don’t, I’m honestly weirded out/curious but I also realize it might be a touchy subject, and as the disclaimer mentioned, I’m medicated). But pre apologies.

Perhaps they don’t know anything about you except maybe you’re a likely Democrat. If you got a text from the League of Women Voters, would you worry they think you’re a woman?

They don’t know your religious history. You don’t seem too sure if it yourself. There are many reasons why your phone number could end up on their list. I hope you don’t mind me saying that you should revisit this when you are no longer medicated.

Serious question- do you have a last name that sounds Jewish? A few years ago, there was a J4J organization sending a book called They Thought For Themselves to folks with Jewish-sounding names. A friend with the last name Berg received one. He has no Jewish heritage and worships Odin. IIRC His name actually comes from a Welsh “Vairg”. But, Berg sounds Jewish so they sent him their book.

ETA- I got a copy in the mail too. I knew it was not from an actual Jewish organization from the enclosed letter. It repeatedly said “God” rather than “G-d”. A quick Google confirmed things.

About 8 years ago, I used a Groupon to get a membership to the Museum of Tolerance here in Los Angeles. With the discount, it was cheaper to buy the family membership than to buy individual tickets for general admission and a special separately ticketed exhibit on Anne Frank that I wanted to see. My family and I went just the one time.

I still get tons of Jewish advocacy and political junk mail. All based on buying a one-time membership to a holocaust museum.

If you got a text from the League of Women Voters, would you worry they think you’re a woman?

The League has a fifty-fifty chance of being correct. A Jewish group has a 2% likelihood. Oh, and I’m not worried, just perplexed and curious.

I hope you don’t mind me saying that you should revisit this when you are no longer medicated.

Sober as a judge this morning and I’m still puzzled, though mildly cringey about my wording.

Presbyterian is a variety of Protestant.

Religion is not my strong point.

Serious question- do you have a last name that sounds Jewish?

All based on buying a one-time membership to a holocaust museum.

Closest I’ve come was the local Andy Warhol museum, where I’ve spent a few days with my kids years ago. But, research shows (cue Adam Sandler) not a Jew!

Maybe you ordered some Jewish-related product online, and Google’s algorithms proceeded to target you with Jewish-related ads? That’s what happens whenever I order Rockports from their website. Shoe ads will appear all over my newsfeeds.

I’m a Jew. I get ads aimed at Christians all the time. I just got urged to participate in world proselytize your neighbor day (not a direct quote, but something like that.) Yeah, there are lots of Christians in my neighborhood, but not a lot of hardcore evangelical Christians who would think “how nice” reading that bit of junk mail.

I wouldn’t read too much into it.

I knew it was not from an actual Jewish organization from the enclosed letter. It repeatedly said “God” rather than “G-d”.

I get emails in my junk collecting gmail account (I have one that I used when I have to supply an email address and don’t really want to) for Trump all the time. Guess what? I have never been part of that religion and never will. Don’t even own a single red, oversized ball cap.

My real gmail account never gets them. I’m glad I am selective where I use that one.

For a while I got on a mailing list for homophobic republicans. I got some interesting email from them. In some sense, I was curious to see what they were arguing for, and how. “don’t buy pepsi products because they give employee benefits to same-sex spouses”, for instance.

I also got some generic Repubican/Pro-Trump mailings 2 years ago. That was interesting for its blatant misogyny. They didn’t say, “Biden is terrible”, they said, “if Biden is elected, Pelosi will have power.” Sometimes the evil woman was Harris, and often it was even Clinton. But it was all about how horrible it was to have these evil powerful women around.

I’m a Jew. I get ads aimed at Christians all the time.

My gf thinks it was pure coincidence that I got a text from a Jewish organization.

However, I sent a reply last night mentioning that I would be voting for Shapiro and Fetterman and thanking her for her efforts.

She replied to my reply today, confirming that they are working to get out the Jewish vote. I guess I should drop it at this point. I still recall the first mailing I got from AARP, and how angry I was that my age was a known thing. Heh.

. I still recall the first mailing I got from AARP, and how angry I was that my age was a known thing. Heh.

Hell, I remember getting pissed off when I turned 18 in 1984 and getting the “you better register for the draft” postcard. If you already know my age and my address, why the fuck do I need to register? Besides, Ronnie promised in his 1980 campaign he would get rid off that wimpy posturing move that the wuss Carter implemented. Still waiting… now my children are getting the same postcards.

Hope you get well soon!

The tone of the text seemed to be “from one Jew to another”. And yet overall I’m thrilled someone is spending time sending these texts!!

Could you share the text? I would be happy to tell you whether any of the secret codes or signs were used.

do you have a last name that sounds Jewish?

Sounds like this probably isn’t the case for the OP, but this did happen to one of my college friends.

The campus Hillel (a Jewish student organization) would, every fall, get a mailing list from the university of all of the new freshman students, and send out invitational postcards to everyone who had a name which looked potentially Jewish.

My friend was Catholic, but his last name was German, and of a form that is similar to the style of adopted Germanic surnames of European Jews – and, hence, he wound up on their mailing list. After he got a few Hillel postcards in his dorm mailbox, he called them, and asked them to take him off their list: “Seriously, I’m not Jewish, but thanks.”

Thank you so much for your support! At JDCA, we are working to turnout Jewish voters for Democrats across the country in states where the Jewish vote makes a difference! Your help is crucial in keeping the House and Senate blue! Get involved with us at: Volunteer Opportunities, Events, and Petitions Near Me · Jewish Democratic Council of America on Mobilize

They don’t know your religious history. You don’t seem too sure if it yourself. There are many reasons why your phone number could end up on their list.

Heck, for the past two months I’ve been getting unsolicited calls and texts for local politics and elections in some place in Utah I’ve never heard of, never been to, and so far as I know have zero connection to. No clue how I got on their list.

On the other hand, I don’t seem to be on any Jewish political mailing lists despite being mildly active in my local community and having a last name that screams “Jewish” like “Martinez” says “I have Spanish ancestry”.