Rotten Tomatoes’ “fresh” ratings can be deceptive sometimes, and I think this is one such case. The “fresh” score reflects what percentage of critic reviews are “positive,” and it imposes a binary up/down rating on the film, when most critics give films a more nuanced rating (such as a number of “stars,” or a letter grade).

So, if every critic gave a film a B- or a C, or a 3-star (out of 5) review in their actual reviews, it’s likely that the vast majority of those reviews would still be classified as “positive” on Rotten Tomatoes, and could lead to a very high “Fresh” score, for a movie that reviewers actually rated as being only fair.

I read some of the detailed reviews of The Ghost Writer on the Rotten Tomatoes site, and while some reviewers who classified it as “positive” clearly loved it (and, I suspect, some of them are Polanski fans), a lot of them were giving it Bs and B-minuses, 7/10, 3.5/5, or, in one case, 58/100, all of which were still being classified as “positive.”

I enjoyed it when I saw it years ago. It rates 77 on Metacritic from 35 critic reviews and 7.4 from 244 viewer ratings. Metacritic work out their critic score by using a notional percentage derived from the individual reviews.

Man, Brexit got really weird for a few years there.

Well, it’s not like anyone could have realized that the woman who had a big flashing “femme fatale” sign over her head was the femme fatal. And if you find out someone is the bad guy, the smart thing to do is to tell them you know and expect them to feel guilty and contrite and not at all kill you. I really don’t understand your complaints about the movie.

…to be fair, it also had Eli Wallach in one of his last roles. It’s always nice to see him.

Also, you not liking a film does not mean everyone else has to dislike it as well. Since you seem confused on that point.

…to be fair, it also had Eli Wallach in one of his last roles. It’s always nice to see him.

The movie was chock full of outstanding acting talent, and yet they were wasted. Tom Wilkinson appeared to be acting at gunpoint.

I forgot what movie it was but there was a movie I saw recently that was a 98% on Rotten Tomatoes but the movie wound up being overly long and very boring.

When I went to look up the specific RT reviews I realized pretty much every review gave it a 3/5 or similar mediocre score, basically all saying “Yeah it’s an interesting concept not well executed, but it’s okay”

I watched it years ago and IIRC I liked it. I had to look it up to refresh my memory on the particulars and the synopsis sure sounds convoluted. That part I do not remember.

The book was much better.

Heh - and I thought this thread would be about the 1983 TV movie adaptation of the Philip Roth novel: 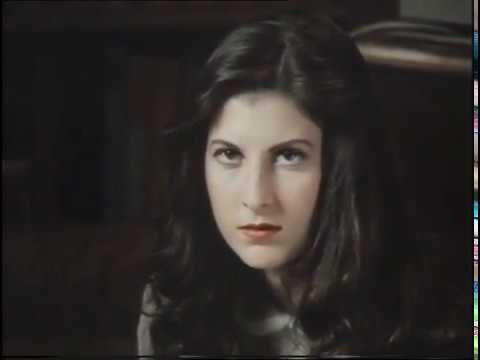 To be fair, the Robert Harris book that The Ghost Writer was based on is trashy and badly written.

The movie is like a film noir made by someone who’s heard about them, but never actually seen one. It’s hard to believe it was made by the same director who made Chinatown.

To be fair, the Robert Harris book that The Ghost Writer was based on is trashy and badly written.

… in rare cases, Godfather out.

The book wasn’t that bad, but definitely not one of Harris’ best.

So, if every critic gave a film a B- or a C, or a 3-star (out of 5) review in their actual reviews, it’s likely that the vast majority of those reviews would still be classified as “positive” on Rotten Tomatoes, and could lead to a very high “Fresh” score, for a movie that reviewers actually rated as being only fair.

The average score was 7.4. Clicking on the Tomatometer score will give you the average.

I saw the movie a long time ago. I remember thinking it was a decent but not great thriller, but I have completely forgotten the plot.

Now, his short story PMQ, about a British prime minister whose life completely unravels over the course of a few hours…that has the makings of a legitimately good movie. (Something like The Thick of It meets Falling Down.)

Aside from the ludicrous plot, sloppy writing, moronic ending and the author’s obsessional hatred of the Blairs, “The Ghost” was just dandy.

RickJay. Buddy. Without getting into the clumsy mechanics of Rotten Tomatoes (kenobi 65 nailed it, so I really don’t have anything to add), I’d like to remind you of one of the fundamental rules of the Internet. At some point you will run into something where the overwhelming, colossal, monstrous, crushing, pulverizing, all-encompassing, almighty, universe-spanning consensus opinion is a polar 180 from yours. Allow me to give a few quick examples (out of roughly several hundred):

Subnautica. I hated, hated, hated absolutely everything about this ridiculous game. I hated how Creative repeatedly yanked my chain, I hated those mystery fish that attacked me and nabbed my vehicles out of nowhere, I hated that stuff that could’ve helped me kept getting removed, I hated never having any idea how to get stuff, I hated never being safe anywhere. Other than a blue-moon grumble about getting lost or not being able to find a rare element, I have not heard one thing about this game that wasn’t 100% glowing praise. For crying out loud, Yahtzee…Yahtzee!..gave it a positive review! His entire show is about constant negativity, to the point where he often flat-out forces it! HE LEGIT LOVED SUBNAUTICA!!

South Park. Was making Eric Cartman an invincible Bugs Bunny-type jerkhole demigod a terrible decision? I certainly think so. I’m fairly confident you have a greater chance of discovering the Unified Field Theory than a person who agrees with me on this.

Calvin and Hobbes. The world’s take: Aww, what a heartwarming story about a boy and his lovable quasi-real furry pal. They’re such good friends. My take: Are you people blind??