I’ve always kind of taken The Band for granted. I’ve known their basic history, seen “The Last Waltz” half a dozen times (but probably paid more attention to the guests than to the stars), could name their members and who played what etc. and might be able to hum a few of their hits, but haven’t ever really “listened” as in paid deep attention to their music.

Well, all that is about to change, but first I need some help from Dopers.

How can I tell who is singing what, both leads and harmonies. I think I have Richard Manuel’s remarkable, high, Ray Charlesy voice sussed, but what about the other guys? Can Dopers offere potted descriptions of what each other memeber’s voice sounds like and which records show them to their best advantage?

Should this turn into a general appreciation thread, that’s good too!

Music From Big Pink.
Read the liner notes as you listen. This is the album that opened the ears of most Band freaks.

Levon Helm sang the first three verses of “The Weight” and Rick Danko sings the fourth (Crazy Chester followed me…).

Helm sings “The Night They Drove Old Dixie Down”.

I have to listen hard to tell the difference between Danko and Manuel. Helm is easy to hear.

Nothing to add, really, except that Nazareth took their name from the first line of The Weight, and does a creditable cover of Java Blues on the Sound Elixir live album.

I have far more Nazareth trivia than The Band trivia, I’m afraid.

Anybody hard the recent release of other artists doing their songs? Is it worth picking up ?

The Band website has all the information you want, including who sings what.

For the past few years, I’ve felt that the Band is one of two top classic rock groups of all time who are terribly neglected these days (the other is Traffic) due to lack of “classic rock” airplay. The Band never really had a hit single, but at their prime, they were considered one of the top five rock acts.

For a place to start, I lean toward The Band over Big Pink.

I also think The Band is sadly neglected. One of the best bands of their era.

And ‘The Weight’ is an absolutely fantastic song.

In The Last Waltz era, Robbie Robertson was smokin’ hot. That man was SEXY.

Before you found out differently, didn’t you think that The Weight was somehow about Jesus?

“Pulled into Nazareth…” He’s looking for a place to stay. The guy tells him, “No.” he doesn’t know of a place.

It isn’t somehow about Jesus? I’ve only known the song for 35 years, give or take, and I realize that I don’t have the first freakin’ clue what it’s about.

Its about Nazareth, Pennsylvania, USA.

The only Band album I own is Music from Big Pink although Beaker Street played them a lot. Why were a bunch of Canadians (with the exception of Levon Helm) so interested in the American South?

I have The Best of the Band, Big Pink, Last Waltz, The Basement Tapes, Before the Flood with Bob Dylan, a couple of Robbie Robertsons’ CDs and a couple of Rick Dankos’ CDs. You know the Band is famous because they were Dylan’s back up band when he went electric at the Newport Jazz Festival in 1965?
I’d recommend The Last Waltz, Big Pink and Before the Flood (a live concert album). They have a wonderful compilation album called To Kingdom come which is also excellent. I wasn’t all that crazy about the Basement Tapes, I think they were bootlegs?
As for solo albums by Band members, I don’t have anything by Levon Helm, an oversight on my part since I really like him. I liked Robbie Robertson’s Storyville the best , followed by his first solo album. He has an awful singing voice when he sings high, but his voice is great when he’s singing low or talking the words.
I wasn’t that impressed with Rick Dankos solo albums, they’re nice, but they’re not as good as the Band’s music.
I hope this helps?

The only Band album I own is Music from Big Pink although Beaker Street played them a lot. Why were a bunch of Canadians (with the exception of Levon Helm) so interested in the American South?

Cause that’s where most of the good music came from!

Canadians love southern rock. Neil Young sounds like he could come from there (“Southern Man” notwithstanding). We also like our Blues Rock. Colin James fits the SRV mold, and his music was huge in Canada. The Tragically Hip are big in Canada - and areas of the U.S. South. I’m not sure what the affinity is, but it’s definitely there, at least musically.

Its about Nazareth, Pennsylvania, USA.

Yes. The lyrics aren’t supposed to be religiously based; the idea is that people just keep asking favors of you just when you think you’re free of them.

Why were a bunch of Canadians (with the exception of Levon Helm) so interested in the American South?

Why were four guys from Liverpool so interested in bluesman Muddy Waters and rocker Chuck Berry?

Why were four guys from Liverpool so interested in bluesman Muddy Waters and rocker Chuck Berry?

How could a musician not be interested in Muddy Waters?

How could a musician not be interested in Muddy Waters?

For those that care, I was listening to 4 hours of blues on KJAZ, Long Beach, CA, and as I read this thread, The Band was playing (talk about your coinky-dinks, eh?) So I will give away my secret: 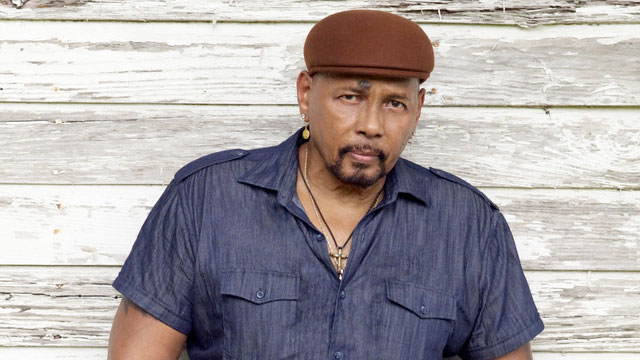 Levon Helm sang the first three verses of “The Weight” and Rick Danko sings the fourth (Crazy Chester followed me…).

Helm sings “The Night They Drove Old Dixie Down”.

I have to listen hard to tell the difference between Danko and Manuel. Helm is easy to hear.

I think Manuel has one of the most remarkable and wonderful voices of all rock singers. And the man’s face - if you look up “anguished rock star” in the dictionary, there’d be a picture of his eyes.