My lifelong love for the Beatles began with listening to their albums some of my older cousins had. When I was about ten, I got the Red and the Blue Albums and wore the grooves out of them. That was almost 45 years ago. No I remember having seen at that time, maybe in stores or in other people’s record collections, a Green Beatles album with the same cover design as the other two, the Beatles leaning over a balcony now and then. I also dimly remember that it mainly contained rarities and B-sides. I’ve never listened to this album, and never have seen it later. I’m also not sure if it was an official album or a bootleg.

So are these false memories, or has a Green Album ever existed?

I remember seeing such an album at one of the Capitol Tower Record Swaps in Hollywood back in 1978 or 1979. It was a bootleg album consisting of post-Beatles hits from all four.

Well, that’s interesting, the time frame fits to a T, only in my case this was in Germany.

There were a lot of bootleg Beatles albums and tapes back then. If someone comes up with another “Green Album” that contained something other than what I mentioned I wouldn’t be surprised-one fake is just as official as another.

A quick google for “Beatles green album” turns this up: 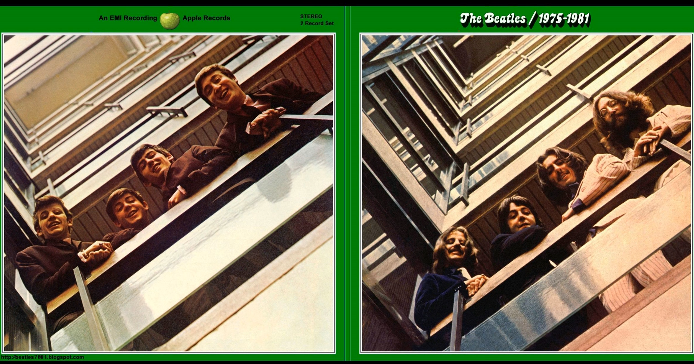 If it’s actually the album in question, you’ll see that the two photographs here seem to match the photos on the fronts of the red and blue albums–which are similar in composition but certainly not identical. I would expect a legit third release in the series to have its own picture, so probably bootleg. Unfortunately, the link doesn’t give any info except a track listing.

Thanks, that must be the one I remember. It was a bit later though than I thought, from 1981.

ETA: I’m quite sure that it was a bootleg. The boys were on different labels, so such a compilation would’ve been almost impossible officially because of the rights management. Also, it was kinda false packaging labelled as Beatles album but only containing solo songs.

I would expect a legit third release in the series to have its own picture, so probably bootleg

Darn, I was really hoping someone took the time to make the green cover with later photos of The Lads (and have a Mullet Paul and Double Fantasy John and Hindu George and Balding Ringo).

Or Paul being chucked over the railing by the other three. 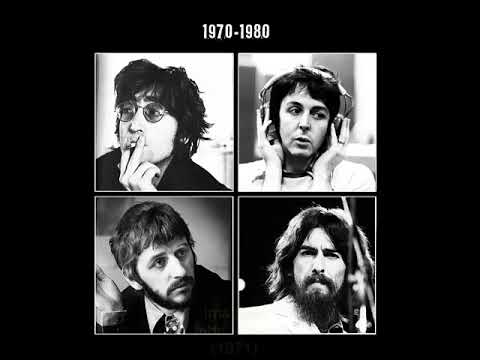 Like the Green Album, the Black Album is bootleg and has more than one version.