The Centenary of manned Flight is coming-Who do we Celebrate?

Time flies! pretty soon we will be marking the first century of manned flight(1903). As an American, i am (of course) rooting for the Wright Brothers. However, my GF (who is Brazilian) is equally fervent about Alberto Santos-Dumont! The little Brazilian guy is not well known today-yest in his home country, he is acknowledged to be the first man to fly (heavier than air). So who is right?
A few years back, I made a trip to Kill Devil Hill, in NC. I stood on the spot where the first airplane took off, and visited themuseum there (highly recommended-the staff are very friendly and knowledgable). Lo and behold-at the end of a series of portraits 9of the aviation pioneers) sits a sad little portrait of Santos-Dumont! What I would like to know is:
-is his claim valid?
-if so, did he file any patents on his aircraft?
And finally, why did he disaapear into obscurity-while other pioneers (like the Wrights) founded aircraft companies that still survive?

I did a quick search, and what I found indicated that he accomplished the first verified heavier-than-air flight in Europe in 1906, about three years after the Wright brothers.

So, to the French and the Brazilians, he’s probably a hero.

You missed the 200th anniversary of flight, celebrated some years ago in France, where the Montgolfier brothers successfully launched and landed balloons in the late 18th Century.

100th anniversary of powered, directed flight was last year, commemmorating when Ferdinand, Graf von Zeppelin, built the first of the many airships that were named after him on the shores of Lake Constance in southern Germany.

Santos-Dumont built his own dirigible and flew it earlier than 1903, too.

However, the first powered heavier than air flight was committed by the two boys from Dayton on the Outer Banks, as advertised.

The State of North Carolina, be it noted, has had a First Flight Centennial Commission in existence for the past few years, and expects to have a major celebration of the occasion, come the anniversary.

Of those, Richard Pearse is an interesting case. Pearse appears to have been a classic eccentric who toyed with the idea of powered flight and then abandoned it. However, there are a number of eyewitness accounts which place him and his craft in the air as much as a year and a half before the Wrights, on multiple flights with different variants of his plane.

But, Pearse was pretty careful to not demonstrate his device publicly due to community opposition and he did not play an influential role in the later development of powered flight. It’s sort of a tree-falling-in-the-forest-with-nobody-listening thing.

It’s worth pointing out that this sort of thing is not unusual in the history of invention. The steam engine, the telegraph, the automobile, and the telephone all have multiple claimants to being the “first;” virtually all of them are now generally–and incorrectly–ascribed to a particular individual or individuals.

Of particular interest is the efforts on the part of Langley and the Smithsonian to steal credit for the first powered flight from the Wrights. Had they been successful in their efforts to destroy the Wrights’ reputation, we would probably now be dismissing the the Wrights as possibly pre-dating the “first” flight, but largely inconsequential to the history of flight. It was the verification, the public demonstrations, and the continued development of the Flyers which was so important.

Santos-Dumont’s claim to primacy rests with some people’s opinion that the Wright brothers did not achieve true flight in 1903. Their flight at Kitty Hawk required the plane to travel down an incline and fly in a straight path. Santos-Dumont, on the other hand, took off from level ground and maneuvered in the air.

In addition to the airplane, Santos-Dumont is also given credit by many for inventing the modern wrist watch.

The flight track looked pretty flat to me when I was there, although the big sand dune (Kill Devil Hill) where they tested the control surfaces on the glider version was–as the name suggests–inclined.

*Originally posted by Sofa King *
Of those, Richard Pearse is an interesting case.

Seriously though, while it would be nice as a Kiwi to vicariously claim the first powered flight through Richard Pearse, I think that claim rightfully goes to the Yanks. Pearse is likely to have managed a powered glide (final point lower that starting point) before Kitty Hawk, but not true flight.

Peter Jackson (director of Lord of the Rings) made a great “hoax” documentary some years ago called Forgotten Silver which purported to examine the career of a pioneer NZ movie maker and included supposed early footage that supported Pearse’s claim to true pre-Wright flight. Excellent piece of work, of the standard of Welles’ War of the Worlds.

The truth is that powered, heavier-than-air flight was inevitable as soon as an engine was available with an acceptable power to weight ratio. The principles of flight had been known for decades before that, and plenty of people had flown controllable gliders. If a good internal combustion engine had been available in 1850, we might have had powered flight then.

When the Wright Brothers flew, there were already a number of other aircraft under construction, some of which were of a much more advanced design than the Wright Flyer. As I recall, the Bleriot Monoplane was already under construction, and it was a very conventional-looking aircraft with a single wing, tractor engine, ailerons, etc. The Wright Flyer was a mess of struts and guy wires, with a pusher engine, and it used wing warping for control which wasn’t a very good system.

To answer the OP’s other question; Dumont flew the “14-bis” in 1906. But in 1910, he developed multiple sclerosis and ceased working on aircraft. Dumont was a pacifist and was unhappy by the growing military use of aircraft as weapons. In 1932, Dumont committed suicide.

*Originally posted by Sam Stone *
**The truth is that powered, heavier-than-air flight was inevitable as soon as an engine was available with an acceptable power to weight ratio. The principles of flight had been known for decades before that, and plenty of people had flown controllable gliders. If a good internal combustion engine had been available in 1850, we might have had powered flight then.
**

I read an interesting story in a collection of alternate history fiction where Benjamin Franklin invented the IC gasoline engine, and fighter planes were used in the Civil War and the various conflicts with Native Americans.

As in any other historical event, the answer to “Who was first?” depends on your answer to “First to do what?”. Perhaps the answer is the Montgolfier brothers with their hot-air balloon, an undeniable success. Or Aleksandr Mozhaisky and his steam-powered hop. Or Otto Lilienthal and his hang-gliders. Or Santos-Dumont and his powered dirigible (yes, before the Wrights). Or Gustav Whitehead, with just enough documentation to be intriguing. Or Samuel Langley and his powered plummet into the Potomac. Langley’s case, promoted by Glenn Curtiss in a patent-breaking suit against the litigious Wrights, was that he could have done it if his machine had broken and he’d fixed it. Or anyone who didn’t use a catapult like the Wrights had at Kitty Hawk.

But, just as IMHO Columbus was the true European “discoverer” of America because then America stayed “discovered”, I think you have to give the honor to the claimant whose seminal work the mainstream of future developments were based on. I don’t see how anyone has nearly as good a claim to that as the Wrights. Their own records show them, especially Wilbur, to have had fine scientific and engineering minds despite their lack of formal technical education (their father was a bishop and tried to make them preachers, too). Their methods of focused experimentation and data analysis were as fine as any one would see today, as was their grasp (intuitive as it may have been) of the basic physics involved. There is no comparison to most of the backyard tinkerers who were working on the problem with make-and-break (and often get-killed) techniques (excepting Langley and possibly some of Octave Chanute’s unsuccessful proteges). Wilbur was apparently the better scientific/engineering mind of the two, btw, but his early death let Orville portray himself as an equal partner - not that Orville was simply a mechanic, either.

The question wouldn’t even arise if they hadn’t been overconfident as engine designers - the fact that the 1903 Flyer even got off the ground with that piece of junk is a tribute to Wilbur Wright as an aerodynamicist (and more specifically as the pioneer of propeller design). But engine design isn’t what led to the current status of the invention; aerodynamics was.

So other people can make whatever claims they like on behalf of anyone else, but only as a historical curiosity. The Wrights’ inventions are the ones that mattered.

I don’t think we know what Pearse achieved. Having stodd in the very paddock in which he’s supposed to have achieved flight, it’s pretty damned flat! I can’t see how he launched a glider.

OK if Gordon Ogilvie says it was the Wrights 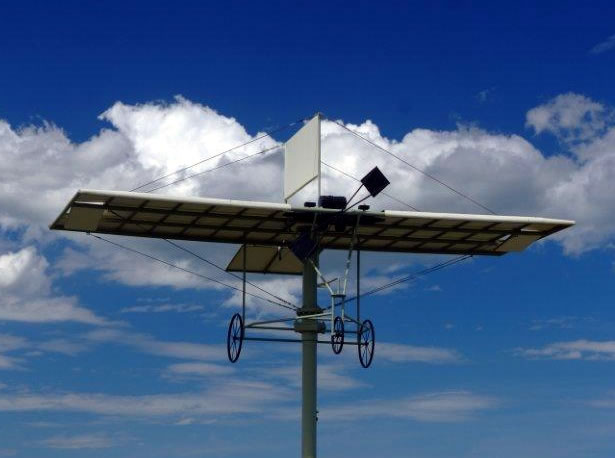 it was the Wrights. But Pearse was a seriously interesting guy who in another milieu might have flourished and done great things. South Canterbury has a lot to answer for