The City of the Future

From the CNN article:

Oops. I guess I missed it. I only skimmed the CNN article and then went directly to the Telosa website.

And yet, still vastly more realistic than colonizing Mars.

Agreed. Some billionaires are crazier than others. To build a City of the Future on Mars, the first 99% of the effort would have to be devoted to what is already available here on earth.

The only thing missing in the current panoply of crazy billionaires is one proposing to build a City of the Future in the cloud tops of Venus. Maybe Elon Musk should get right on that – he seems to able to multi-task really well.

A preview of Indonesia’s new $33 billion capital on Borneo. (Jakarta is slowly sinking). They plan to move 1.5 million civil servants there by 2024.

Just like Australia and Canberra, Chandigarh, the capital of Punjab, and Brasilia in the 20th century. All took many decades to grow into a livable city rather than a forced encampment. Today they seem to be successes, but their bumpy histories are instructive.

Well, there goes Arizona as a possible site.

Conservationists warn that unchecked groundwater pumping threatens to dry up stretches of the Verde River.

Another image depicts a proposed skyscraper, dubbed Equitism Tower, which is described as “a beacon for the city.” The building features elevated water storage, aeroponic farms and an energy-producing photovoltaic roof that allow it to “share and distribute all it produces.

Something they never seem to mention about buildings with solar panels on the roof: They don’t scale up along with the height of a multi-story building.

I saw a picture once (which I think was an “artist’s conception”) of a 30-storey solar powered building. In this picture, there was a lot of open space around the building and a hill in the background. I think they would have had to cover that entire hill with solar panels to power that building, taking up a vastly greater footprint than the building itself.

That is a big fallacy with the idea of building whole cities on solar power.

His idea was to build a vast amusement theme park, and alongside it build his utopian “Experimental Prototype Community of Tomorrow”, which was to be an authoritarian company town where all the theme park employees would happily live, under total an absolute control of Walt Disney Himself 24/7/365.

The community itself was intended to be part of the park display, where theme park visitors could visit and wander around and marvel at the futuristic community and the residents happily going about their well-ordered scripted lives, dressed up in business suits at all hours. Facial hair would be prohibited – that was a big bugaboo with Uncle Walt.

The EPCOT employees would be essentially on-duty, and living according to work-place rules, 24/7/365. Somehow, Disney thought this was going to fly.

Facial hair would be prohibited – that was a big bugaboo with Uncle Walt.

Couldn’t be too big of a bugaboo, Walt had facial hair himself. I assume he was exempt from that particular rule.

On the other hand there were only a couple hundred people living in Columbia Maryland in 1966, now there’s nearly 100 thousand. California City, officially the City of California City, California, (informally Cal City) is a city located in northern Antelope Valley in Kern County, California, United States. It is 100 miles (160 km) north of the city of Los Angeles, and the population was 14,120 at the 2010 census. Covering 203.63 square miles (527.4 km2), California City has the third-largest land area of any city in the state of California. Much of the workforce of Edwards Air Force Base, which is located 18 miles (29 ...

Mendelsohn hoped it would one day rival Los Angeles in population…

Yes Columbia was a planned city. It, like all the other planned cities of the era in the U.S. never worked out remotely as it was intended. It grew because it is in the Baltimore metro district and the Baltimore–Washington CSA, one of the fastest growing suburban areas in the country. Most of the jobs have been fueled by the enormous growth of the federal government, rather than being a self-sustained city.

It may be a nice place to live today, but probably no more so than a hundred other suburbs in the metro area. Columbia represents the near-total failure of the planned city concept of the 1960s. Even Reston, VA, founded at about the same time, fared better, but also owes about 99% of its success to being near Washington, in one of the richest counties in the country. Imagine if they had been built outside of Cleveland.

I remembered how in high school we used to talk in History class about the United States, its development era and how it used to compete with other countries around the word in different areas and …

I still doubt Mr Lores city will come to fruition. And many have posted about failed cities of the future, I kinda think Dubai is an an example of a success. Took billions in oil money, but it is a pretty impressive city.

Not to be confused with California Valley, another attempted “planned community” even farther out in the hinterlands that never, at any time, even rose to the level of a ghost town. Wiki says there are about 500 people there today. California Valley is an unincorporated community located in the eastern part of San Luis Obispo County, California, in the northern portion of the Carrizo Plain. California Valley is located at approximately 35.32° North, 120.01° West. The zoned area of the valley is 24,083 acres (97.5 square kilometers) and it is approximately 1,970 feet (600 m) above sea level. The valley is very nearly flat, bordered to the west by mountains (part of the Los Padres National Forest) and to the east by a major ...

This, I suppose, maybe was supposed to be the Civic Center, or something: 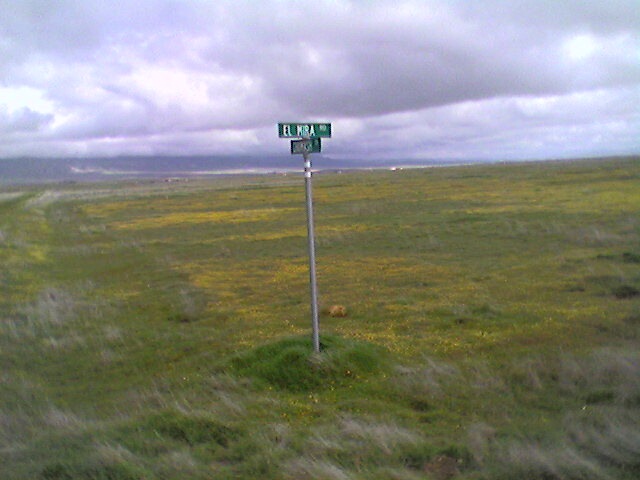 ETA: @Johnny_L.A , you will be interested to know that there’s even an airport (sort of) out there.

California Valley Airport is a privately owned restricted-use airport located adjacent to the community center of California Valley, in the sparsely populated Carrizo Plain of San Luis Obispo County, California, United States. Although the runway's south end is marked with a white "X" indicating that it is closed to use, the surface is in fair to good condition and is used occasionally with prior permission. There are no services or ground transportation available. This airport is used privately...

I still doubt Mr Lores city will come to fruition. And many have posted about failed cities of the future, I kinda think Dubai is an an example of a success. Took billions in oil money, but it is a pretty impressive city.

I’ve never been to Dubai so I can’t really comment on how “successful” it is as a functioning city. It seems to function well as a giant resort-city for the mega-rich. How successful is Dubai as a place where regular people live and work?

I think that’s a problem with a lot of “planned cities” is that they are designed to cater to one particular class of people. That, combined with they are laid out of some arbitrary geometric design and zoning that looks good from a helicopter or flying in on your private jet, but doesn’t really take into account how traffic needs to move around the city. All that, combined with the the fact that they are often founded in the middle of nowhere because some billionaire got a great deal on cheap land, generally results in a failed city.

A major exception IMHO is Las Vegas, which actually proves my point. Las Vegas was basically created in the middle of the desert as a resort city. If it didn’t have casinos and other tourist attractions, there would be no reason for half a million people to be living in the Mohave Desert.

Other than the application of “green technology” (which can be applied to existing cities), it’s not clear to me from this video how “Telosa” is different from any other American Sunbelt city: 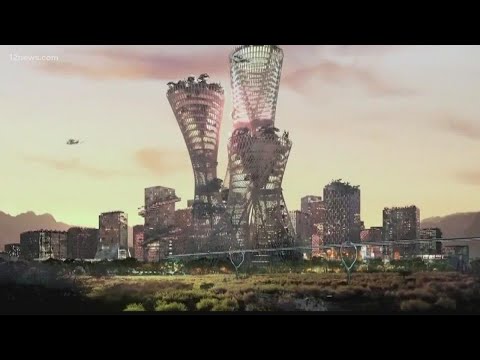 Basically looks like the same sprawl laid out on a 1 mile square “Jeffersonian (PLSS) grid”. Just with a lot more trees and some glass megastructures that look like Simcity arcologies.

Will it really be more “equitable” in that Lores envisions that the janitors, sanitation, maintenance, laborers and other people required to actually build and maintain such a city are going to live in it? Or will it be like Dubai or other cities where they are mostly relegated to the dilapidated sprawl that surrounds it? Or if anyone but the mega-rich live do in it, will they be required to live in some imposed (or implied) “fair and equitable” class structure like the book High Rise or the dystopian “blocks” of Megacity One?