This is the time we’d normally get teasers coming out for the various Arrowverse shows set to premiere in the fall. Unfortunately, due to the global pandemic, we’re not getting anything new until 2021. The shows haven’t even begun shooting yet. However, they have released a teaser for the upcoming season of The Flash. It looks like it consists of both old footage and still-unaired footage of the uncompleted S05E20.

Barry: We get everybody back
The CW: Except for Ralph

I’m disappointed that it looks like they’re just starting with the old season finale and wrapping everything up with a bow before continuing on the season. The fact that they had to cut Season 6 short ended up giving them a great finale, and it would be interesting to see them do something different than normal.

I agree that they inadvertently ended Season 6 on an interesting note. Goes to show how good a character Mirror Mistress had become. I was just about done with her mirror-scheming and then she come out and took over in the real world. The (re-)introduction of Top, who you recall was associated with OG Mirror Master, should make things even more interesting.

I wonder if they can continue to do the pod format which served them so well last season. Extend Mirror Mistress’s reign until halfway through the season, and then have another Big Bad for the back half.

We have a date for the season premiere, March 2, before the second episode of Superman and Lois. Looks like Tuesdays will be the day for the Scarlet Speedster and the Man of Steel. 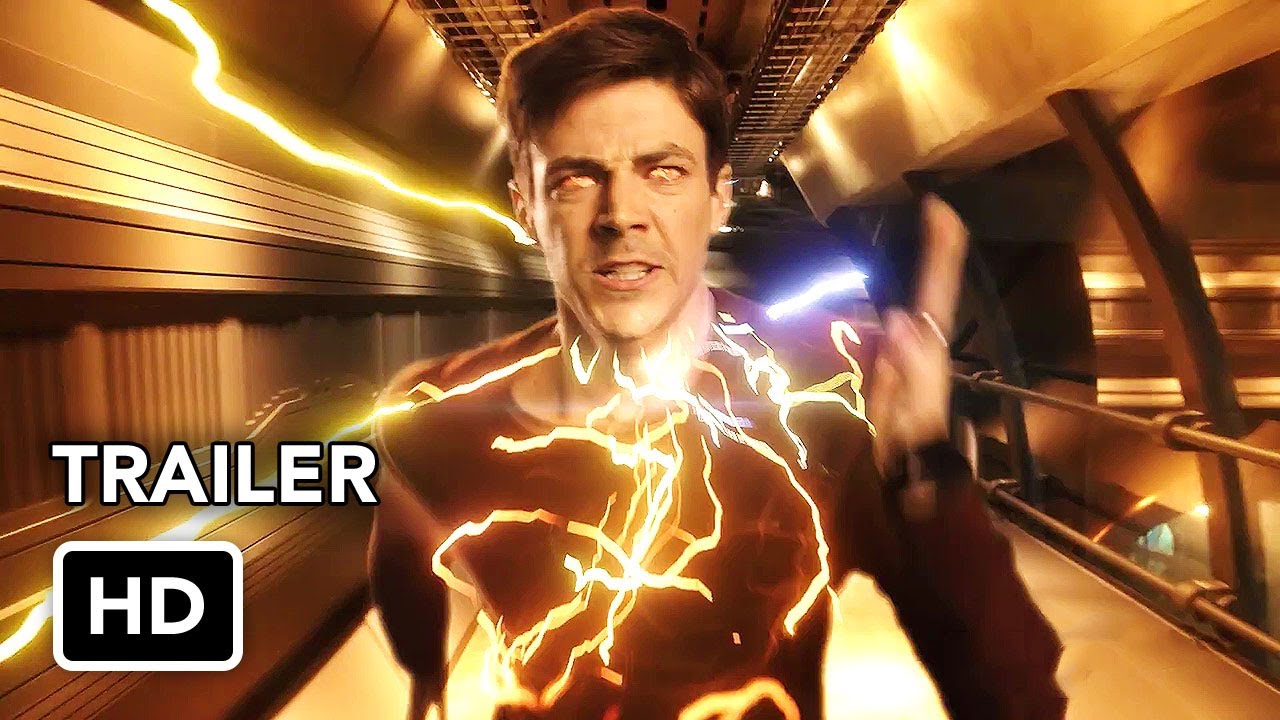 Brandon McKnight (Chester) and Kayla Compton (Allegra) have been promoted to series regulars. Danielle Panabaker (Caitlin/Frost) was supposed to go on maternity leave for the first few episodes this season; with the pandemic-delayed start of production, I don’t know if this will still push through. Hartley Sawyer (Ralph Dibney) was canned after certain unfortunate tweets of his were exposed; how they’re going to wrap up Ralph’s unfinished plot with Sue Dearbon, which is caught up with that of Eva McCulloch, is unclear. Both Erfat Dor (Eva/Mirror Master) and Natalie Dreyfuss (Sue) will continue to appear, at least for the first few episodes. David Ramsey is slated to reprise his Arrow role as John Diggle; he is also set to direct an episode, perhaps the same one.

SEASON PREMIERE - When an experiment to save Barry’s speed backfires, Nash Wells searches for a way to save The Flash and comes up with a dangerous plan. Meanwhile, Iris makes a startling realization inside the Mirrorverse and Cecile faces off with Rosa Dillon (guest star Ashley Rickards).

Giving this a bump to remind everyone of the premier of Season 7 on Tuesday night, right before the second episode of Superman and Lois.

I understand why they got rid of Ralph but as a viewer I don’t have to like that he’s gone.

Agree. I thought Ralph and Sue’s relationship had become a highlight of the show.

Ralph has the ability to reshape his face, so even though the actor is gone the character could still be recast. We’ll see tonight.

That’s possible, but I thought the actors had great on-screen chemistry, and I’ll miss that. As you say, we’ll see tonight.

That’s possible, but I thought the actors had great on-screen chemistry, and I’ll miss that. As you say, we’ll see tonight.

I hated Ralph when he first showed up. Both the character and how he was acted. It was the Ralph/Sue story line that turned me around then that was ruined.

The episode just aired, so I’m going to spoiler this:

Did I miss something, or did they just completely memory hole Ralph? Iris talked about Camilla, and at the end Barry says they need to tell Caitlin and Cisco about what happened to Wells (and of course we got guest appearances from the previous Wellsii) and call them back in, but I didn’t notice any mention of Ralph or reference to him. Are they just going to ignore the fact that his character even existed?

Quite early in the episode, they showed Sue’s face had been plastered all over the front page of the Picture News and said that Ralph and Sue had gone “way off the grid”. Quite possibly Barry didn’t want to contact them for fear that Eva (or Black Hole) could trace the call.

I understand that this was written for last season, and quite possibly mostly shot before production got shut down, and hence Danielle Panabaker had already gone on maternity leave while Cisco had gone away for reasons. But Cisco and Caitlin both should have been there for Wells’ “death”. The scene just didn’t feel right with the newbies Chester and Allegra.

The best bit was when Barry started imitating all of the various Wellses.

Quite early in the episode, they showed Sue’s face had been plastered all over the front page of the Picture News and said that Ralph and Sue had gone “way off the grid”. Quite possibly Barry didn’t want to contact them for fear that Eva (or Black Hole) could trace the call.

Thanks. I totally missed that. Ralph being “way off the grid” does give them an out for keeping the character in limbo while they figure out what to do, or just writing him out entirely.

The best bit was when Barry started imitating all of the various Wellses.

I enjoyed that as well. It sure seemed like Grant Gustin was having fun with it. I just hope Tom Cavanagh also thought it was fun…

I wonder if Tom Cavanaugh’s Wells characters will become the new persona(s) that Barry interacts with when he goes into the speed force.

As “Sherloque”, Barry made several errors in French.

About on par with Allegra’s bad Spanish.

Shouldn’t Top have been wearing a power dampener while Cecile was interviewing her? On the other hand, now Cecile has an offensive meta-ability to use. Wonder if the writers will remember it. (Sometimes they forget how fast Barry’s reaction time should be.)

S07E02 The Speed of Thought 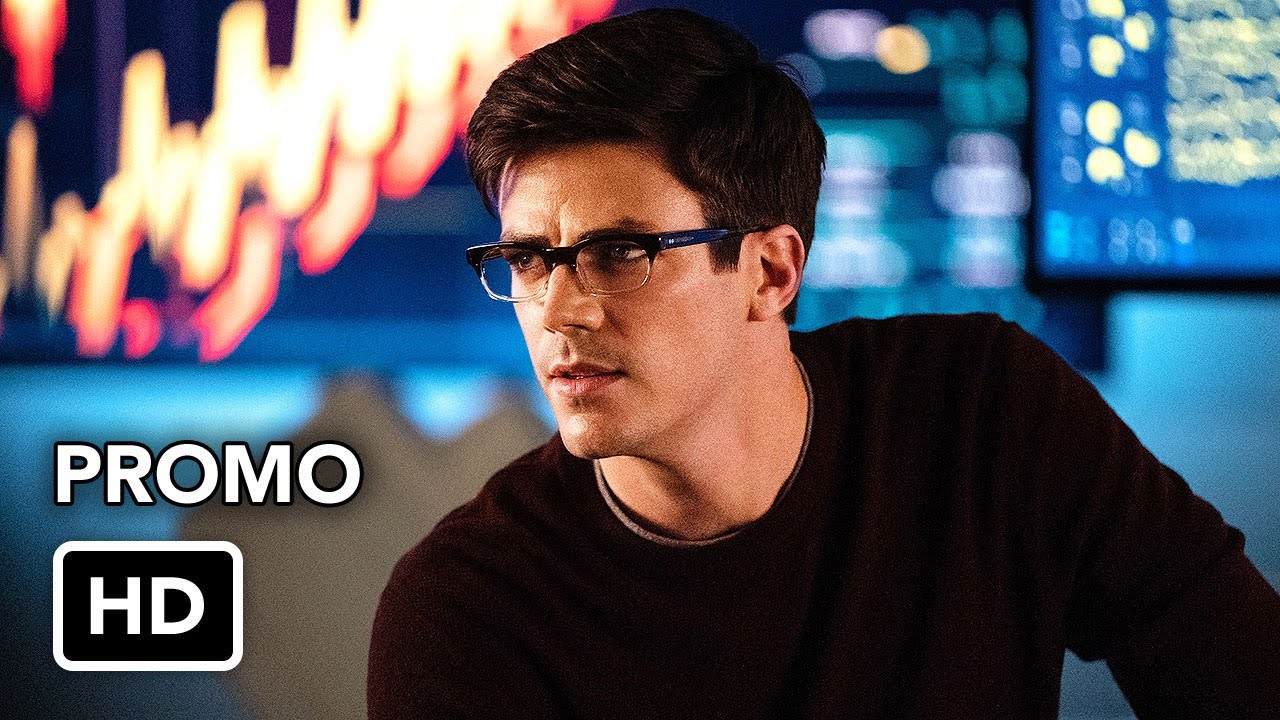 BARRY GAINS A NEW SKILL - When Barry suddenly gains the power of speed thinking, he attempts to use his new gift to save Iris. While Barry is thrilled with his new power, Cisco is hesitant to trust it. Meanwhile, Eva must face a shattering truth.

The preview showed Cisco so I expected his return. Frost was not in the preview so her showing up was a welcome surprise. I didn’t know I needed to see a super speed fight between Super Speed Frost and the Flash until I saw it tonight. And it was glorious. We’ve got almost all of OG Team Flash back now. Plus OG Harrison Wells is somehow coming back???

The super speed thinking was exactly the kind of goofy plot development that’s been missing for many an episode. It grew naturally out of Barry getting his speed from the artificial Speed Force and led to emotionless Barry’s logically choosing to rescue Iris, leading conflict with the rest of Team Flash That was some mighty tight writing.

What do we know about OG Wells? Did he know Cisco and Caitlyn or were they recruited after Thawne/Wells? I think it’s clear that the real Wells created Grodd - and Grodd knew Caitlyn, so maybe Caitlyn worked for real Wells?

I was touched by the memorial on Gideon’s wall, which preserves names that the timeline might have erased. I wonder if mysterious names that no one remembers are on the wall?