Back to the subject of supersonic jets, United has agreed to buy 15 of them from Boom Supersonic.

Boom says its first commercial supersonic jet, the Overture, will fly at Mach 1.7 and cut some flight times in half.

While I love aviation, and it’s exciting to think there might be another supersonic airliner flying by the end of the decade, this is an as yet unproven plane from a brand new startup. So I will believe it when I see it.

I’ll also note that AA ‘buying’ them means nothing. Even if AA thinks this thing is vaporware, by announcing this they get huge amounts of free press from credulous news organizatiins, and if the plane is never delivered they don’t have to pay anything.

There have been lots of ‘partnerships’ between fly-by-night magic airplane companies and traditional aviation companies. NASA sometimes gets into the game, although I think they’ve realized that even an afternoon’s worth of consulting by a NASA engineer inevitably gets blown up by the sketchy company to make it sound like NASA helped build the thing or has validated it.

I think you mean UAL, not AA.

Just looking at their concept rendering there’s no belly space to speak of. It looks like the Mclaren of commercial aircraft.

…While I love aviation, and it’s exciting to think there might be another supersonic airliner flying by the end of the decade, this is an as yet unproven plane from a brand new startup. So I will believe it when I see it.

Agreed. Those are some sweet-looking planes, though; like mini-Concordes.

Report: Plane in fatal crash had part installed upside down

A small private plane that crashed in South Carolina last month, killing the pilot, had a key part installed upside down and backward after maintenance, according to a federal report. James Harper, 60, died in the May 21 crash of his Piper PA-31...

The small plane’s primary and secondary flight controls had been removed, painted and reinstalled two days before the crash, according to a preliminary accident report from the National Transportation Safety Board.

Investigators looking at the wreckage of the plane found the elevator trim tabs were installed upside down and backward.

PA-31 is the Navajo. As I’ve mentioned before, I flew those doing air tours for a few months. IIRC the trim tabs didn’t have a mechanical balance tab feature; the electric motor controlled by the yoke switch just set a fixed relative angle between the tab and the parent elevator.

If so, his problem was “simply” (major scare quotes) figuring out the trim was reversed without getting too discombobulated at first, then resetting it to something close to neutral & leaving it alone as he muscles his way back to the airport.

If my memory is wrong and the tab is also a balance tab, as it is on at least some Pipers, he might have had a much worse problem creating really weird and erratic control forces. At worst a yoke that wants to slam full up or full down and the pilot would have to be continuously shoving hard to hold it centered; the exact opposite of its normal mild self-centering behavior. Now that would be a fatal problem for anyone less than Yeagertastic and having eaten their Wheaties that morning.

An interesting question is whether the wreckage analysis will find more rigging goofs as they go along. If they even bother; FAA / NTSB are famous for lick-and-promise investigations for GA mishaps.

I don’t know specifically about the Navajo, but at least in current designs some effort is spent to make it very difficult to install parts backwards like that. Change the hole pattern, offset the connectors, whatever, so it becomes very difficult to invert something and still have it fit.

You sometimes still read of mechanics who encounter those obstacles and go to great lengths to overcome them, drilling new holes, fabricating extensions for cables, etc. Hard to believe, but it happens. I suppose that’s a consequence of


Unrelated to this incident, the article below was the next one in the “You might also like …” section of that Yahoo page when I looked: 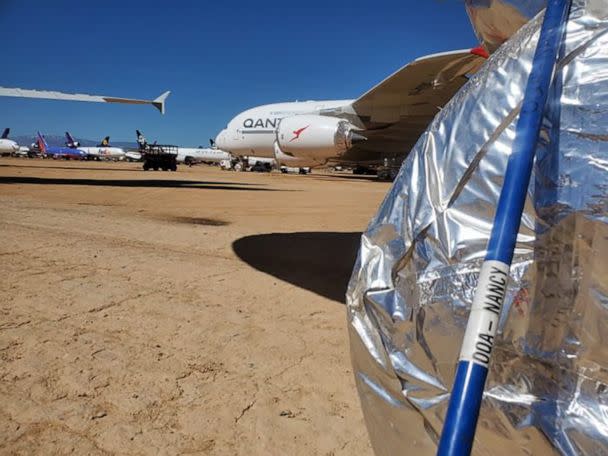 Battling rattlesnakes may not be in the job description for an airline mechanic, but it's become a regular fight in Southern California. As millions of Americans take to the skies for the busy summer travel season, thousands of planes remain in...

Talk about your MFing snakes on your MFing planes! And scorpions, tartanulas, etc. Every creepy-crawly the desert so generously serves up!

Unrelated to this incident, the article below was the next one in the “You might also like …” section of that Yahoo page when I looked:

I read that one too. We called ‘Mojave rattlesnakes’ ‘Mojave greens’ in the Antelope Valley. The only one I ever saw there was at the Survival School at Edwards AFB.

i’ve come across parts that were designed in such a way that they could be installed backwards. A good design makes this impossible. if it can’t be made that way then they’re usually marked with a visual guide to indicate which way to install.

when I was helping friends rebuild a plane we were presented with conflicting instructions on a part (oil ring). Piper manual said one way and Lycoming manual said the opposite. We ended up having to pull the jugs and flipping them.

This is an article about a near miss between two planes… 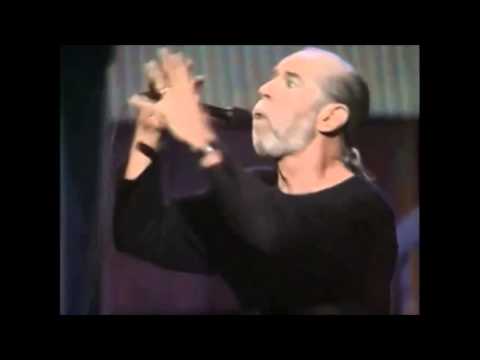 Great clip. I saw him at a show once. He had people laughing so hard they had trouble breathing. 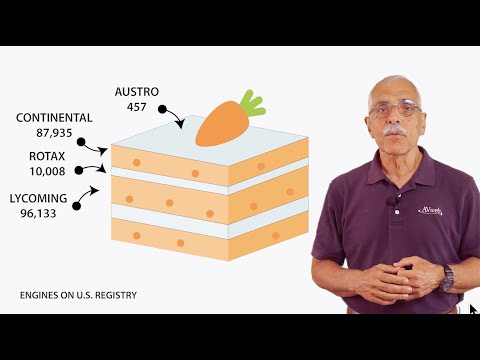 After there were several near-misses involving (IIRC) Delta Airlines jets in the Eighties, I remember David Letterman joking, “Come fly with us, and enjoy the in-flight movies on other airlines’ planes!”

good video on engines. I still remember a wonderful piston rotary engine prototype at Oshkosh (not a Wankel style). It had a very small foot print and was scalable. It wasn’t close to production and they were looking for investors. It would have been a hell of an engine because of it’s size. They could have stacked 2 of them together in a single cowl and had the advantages of a twin with the profile of a single.

I was really hoping someone would take the design and run with it. 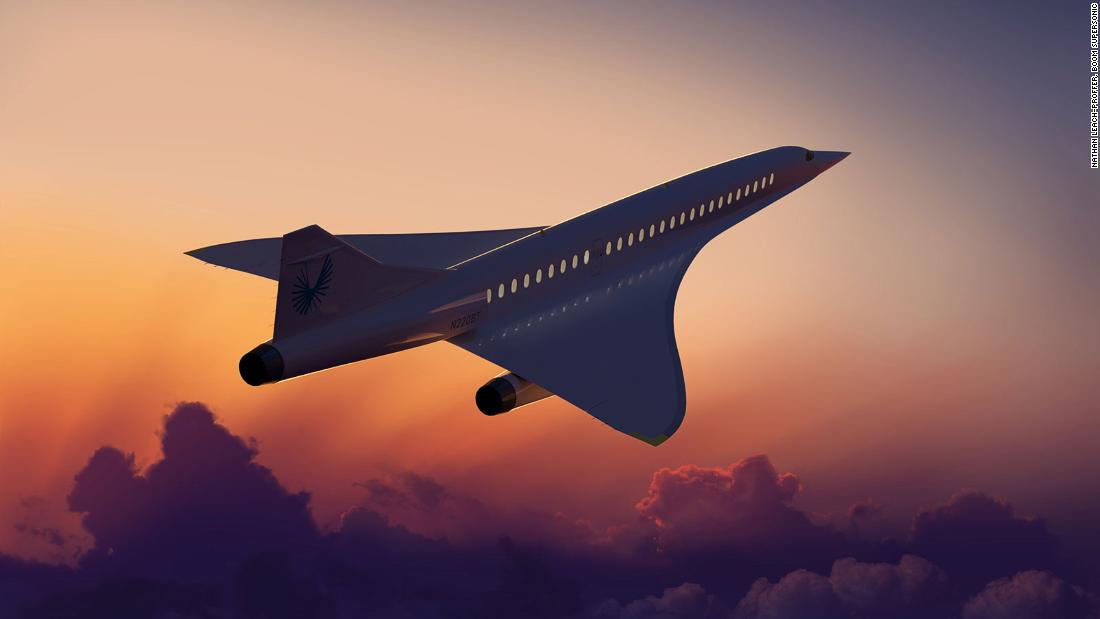 How the next supersonic jets can succeed where Concorde failed

United Airlines' interest in high speed aircraft developer Boom Supersonic increases the likelihood of a return to supersonic passenger flights. But if Boom is to succeed, here's what it will need to do to overcome the issues that derailed Concorde.

Re: Supersonic passenger planes. I guess I fall into the “kinda cool if it happens, but not too upset if it falls through”. Not like I’m likely to ever use one.

See also this thread on the same airplane

https://www.nasdaq.com/articles/united-airlines-ual-inks-agreement-with-boom-supersonic-2021-06-07 From the Concorde thread. With the way the world has changed in the last 18 months, does anyone really believe that there is a market for this?

(I think this was discussed recently up-thread a bit.)

Not the old aircraft rotary engines. This was an extremely compact internally rotating engine. Here’s the patent for it.. The pistons rotated around an offset crank. Very few moving parts.

A rotary engine and a radial engine are different. A radial engine has pistons moving inside a stationary cylinders, with the pistons turning the crankshaft which is attached to the propeller. An old radial like in the Sopwith Camel had the crankshaft fixed to the plane, while the entire crankcase, pistons and cylinders spun around it.

The chief disadvantage of the old rotaries was the amount of rotating mass which gave the plane squirelly handling from gyroscopic precession. They weren’t larger than contemporary radials, but did suffer from extra drag from the rotating bits interacting with the airflow.

This is completely different from a rotary engine in something a Mazda RX-7.