As best I can tell, there’s currently 14 people in orbit right now: 7 on ISS, 3 on the Chinese station, and 4 on the SpaceX tourist flight. I believe that ties the record for the most people in space at one time.

So much progress in only 60 years of manned spaceflight!

This rate does not compare very well with air flight, which took about 10 years for scheduled services to appear, then another 25 years for the first transatlantic services.

I am curious to know what the ticket price is for such an orbital trip and when it will come down to cruise ship prices. I am guessing the base cost of the technology will keep orbital space tourism a very rich mans indulgence for at least a couple of decades. Time enough to assemble some kind of orbital hotel for high paying guests. It is funny how they still had do a bit of science while they were up there and months of training even though it was all remote controlled.

Bezos and Branson and their short fairground style ‘ride to the edge of space’ seems more like a tourist experience. It will be interesting to see if they can make it pay.

It’s happened to me many times… in Kerbal Space Program

Astra’s launch was very Kerbal. Sadly, it had onboard an experimental spacecraft with a deployable drag sail that two members of my research group had spent 3+ years building and testing…only to see it fail to reach orbit. Oh well! Apparently my colleague is not basing her PhD work on it, so she’s able to continue pretty much as before. The lab technician, however…He put a lot of time into it.

Meanwhile, my own advisor is in the process of separating from academia, and I am one of two students left to have their PhD’s completed by May 2022. He’s been in radio-silence mode since early August, about the time when the sample-caching rover’s first sample sort of disappeared. He’s one of the mission managers at JPL–apparently they have a lot of them–for this rover mission. We got caught up last Friday, where he likened the work these days as riding a bull at a rodeo. “You know they start out bucking in a linear fashion, then after a while they start spinning…it’s been spinning a lot lately.”

ETA: Oh, I almost forgot, interesting that we had a “civilians only” SpaceX flight within the last week. Somehow I missed it. The news was talking about a toilet…issue. With 4 people stuffed into a small space the size of a small office (or smaller) that’s got to be not good. Anyone know what happened?

Ahh, sorry to hear that. Well, I lost a payload on the failed maiden Super Strypi launch a while back, so I know a little bit how that goes. It’s one of the worst aspects of space development, across the board–vehicles can explode, funding can be cut, programs can be delayed indefinitely–and years of someone’s life can go down the drain. I hope the technician gained some good experience, at least. I really hope that Starship or something else ushers in an age where this doesn’t happen quite so much. If launch is cheap/reliable/frequent enough, payloads should evolve to match, and failures or pulled funding or whatever should be much less of a problem.

Anyone know what happened?

The only specific I heard was “minor issue with a ventilation fan”. Previous Crew Dragon flights had the same toilet, but had never been used. So I guess it’s good to get it tested.

The Apollo 10 mission had turds floating around the cabin at one point… this doesn’t sound quite as bad, but who knows.

Yeah…it’s the bad smells. I heard that the ISS smells pretty bad these days, after years of continuous inhabitation. I don’t even… Well, good thing for charcoal-infused air filters.

Sorry about Super Strypi. Did you get to see the launch in HI? I am still envious of another one of my colleagues who got to see the Falcon Heavy launch a few years back that carried the Lightsail 2 spacecraft. As a young student he got to be the flight dynamics guy (I suppose “FIDO?”) while our advisor was “Flight.” The mission did indeed demonstrate some positive solar sail propulsion, but the drag effect was just about large enough to cancel gains. Next time: Use a higher orbit.

On the whole, I’d say things are going really nicely in the field of space exploration.

Did you get to see the launch in HI?

Yes and no! I got a great trip to Kauai, hiked the Kalalau trail among other things. But despite giving it a week, the launch managed to be delayed just beyond the end of the trip. So I did not actually get to see the launch, but the trip itself was a nice consolation prize.

The mission did indeed demonstrate some positive solar sail propulsion, but the drag effect was just about large enough to cancel gains. Next time: Use a higher orbit.

Interesting. Yeah, I can see how it would be tough to tease apart the two effects, given the tiny forces involved. Good to hear they were able to detect the propulsive effect, though. I guess a larger sail wouldn’t have made this better, since drag would also go up proportionally–so yeah, higher orbit. 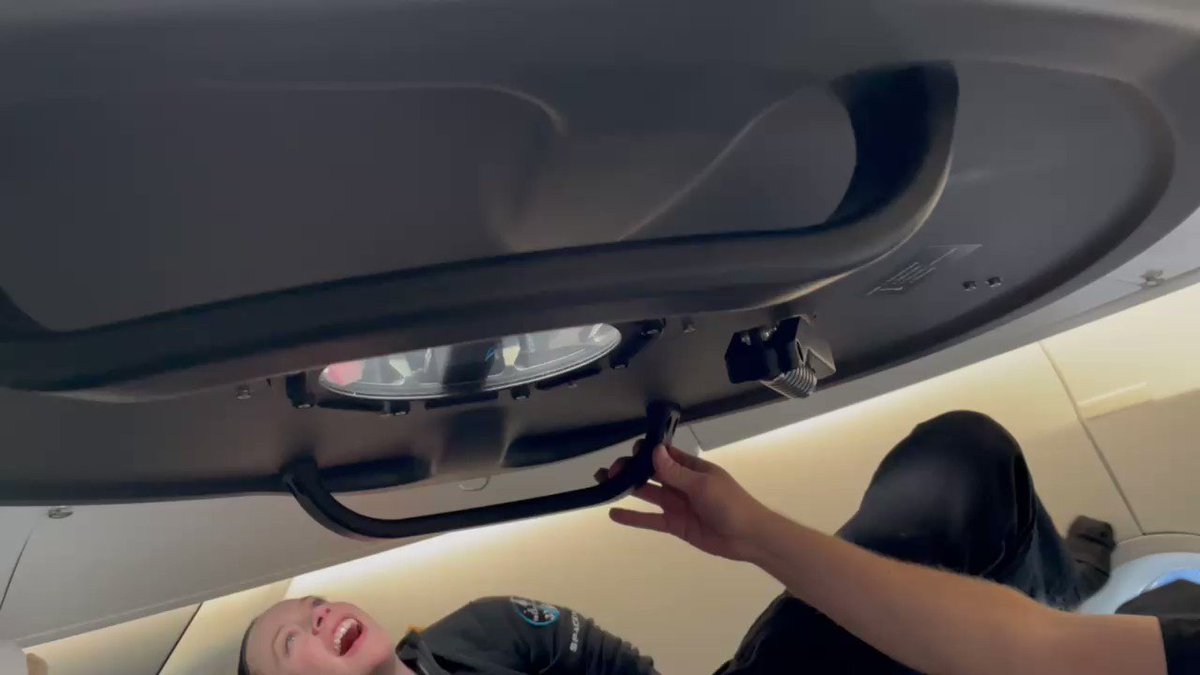 @DrSianProctor
The moment when me and my amazing crew, @rookisaacman, @ArceneauxHayley, @ChrisSembroski opened up the @SpaceX cupola for the first time, a true highlight of the @inspiration4x mission. Make sure you tune into Countdown on @netflix to see more epic moments from space! @TIME https://t.co/AKmturr9Du

I wonder what causes the circular rainbow pattern in the middle of the clouds.

I like how Hayley has one job to do (attach the white protective strip around the rim), remembers that she needs to do it–and then is immediately distracted by the view. Not that I blame her; I’d have done the same thing.

CNN had a surprisingly good article on the Inspiration4 problem:

An alarm went off on SpaceX's all-tourist space flight. The problem was the...

As Jared Isaacman and his three fellow crewmates were freeflying through Earth's orbit, shielded from the unforgiving vacuum of space by nothing but a 13-foot-wide carbon-fiber capsule, an alarm started blaring.

Apparently the issue was no big deal, though:

When asked directly about that on Thursday, however, Isaacman said “I want to be 100% clear: There were no issues in the cabin at all as it relates to that .”

I found this statement really funny:

“The problem here is you’ve got this very elaborate space toilet, and you need to test it. Well, you’ve got to, you know, haul it over to Ellington Field, board it onto a zero-gravity simulator — a plane that does these elaborate up-and-down arcs — and then you’ve got to find some poor volunteer from the Waste System Management Office to test it. And I don’t know about you, but, I mean, to do it on demand in 20 seconds, now that is asking a lot of your colon. So it’s very elaborate and tricky.”

Perhaps there are professional space-toilet testers that have, with thousands of hours of practice, have learned to defecate on command within 20 seconds. It must be a rare talent.

I need to read Packing for Mars again. I know there was a chapter on space toilets, but I don’t remember what she said about testing them.

I can’t tell if you knew this already or just made a good guess, but the quote above is from Mary Roach. From Packing for Mars (quoted in the article):

“The simple act of urination can, without gravity, become a medical emergency requiring catheterization and embarrassing radio consults with flight surgeons,” she wrote. And because urine behaves differently inside the bladder in space, it can be very difficult to tell when one needs to go.

I can’t tell if you knew this already or just made a good guess, but the quote above is from Mary Roach.

I didn’t identify it, it just reminded me of her. She is a treasure. I’m currently reading her latest: Fuzz: When Nature Breaks the Law. Best quote so far -

And that is why men with the British Columbia Conservation Officer Service keep a box of tampons in the truck.

But it is not an overstatement to say that all of the successes upon which the Option A procurement is built, all of this once-in-a-generation momentum, can easily be undone by one party—in this case, Blue Origin—who seeks to prioritize its own fortunes over that of NASA, the United States, and every person alive today who dreams to see humans exploring worlds beyond our own. Plainly stated, a protest sustain in the instant dispute runs the high risk of creating not just delays for the Artemis program, but that it will never actually achieve its goal of returning the United States to the Moon. What begins as a mere procurement delay all too easily turns into a lack of political support, a budget siphoned off for other efforts, and ultimately, a shelved mission. GAO should, of course, sustain one or more of Blue Origin’s grounds of protest if they find them to be availing. But NASA merely wishes to impress upon this office just how high the stakes are in the present dispute. 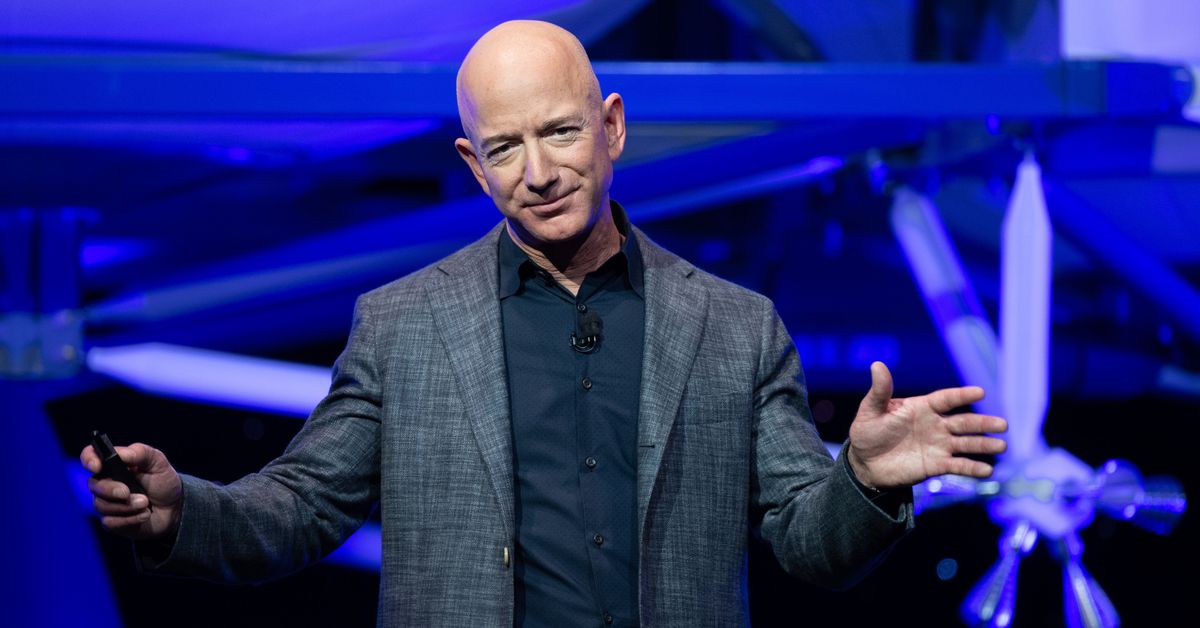 NASA says Blue Origin made a strategic gamble with their bid, and then lost. It’s hard to argue with this given Bezos’ open letter where he says he’ll chip in more money. If that was on the table, they should have made that the original bid. Though to be fair, they still would have lost.

Am I the only person who wishes to never read anything whatsoever about Blue Origin again until they’ve actually delivered at least one payload to orbit? If I want to hear about pointless space-related vapourware I could go catch up on the Star Citizen saga.

Well you might want to skip this Gersnak, but it’s not been a great PR day for Blue Origin:

Jeff Bezos' Blue Origin is a 'toxic' workplace, some current and ex-workers...

Jeff Bezos' space company Blue Origin is described as a "toxic" workplace in an essay by 21 current and former employees. 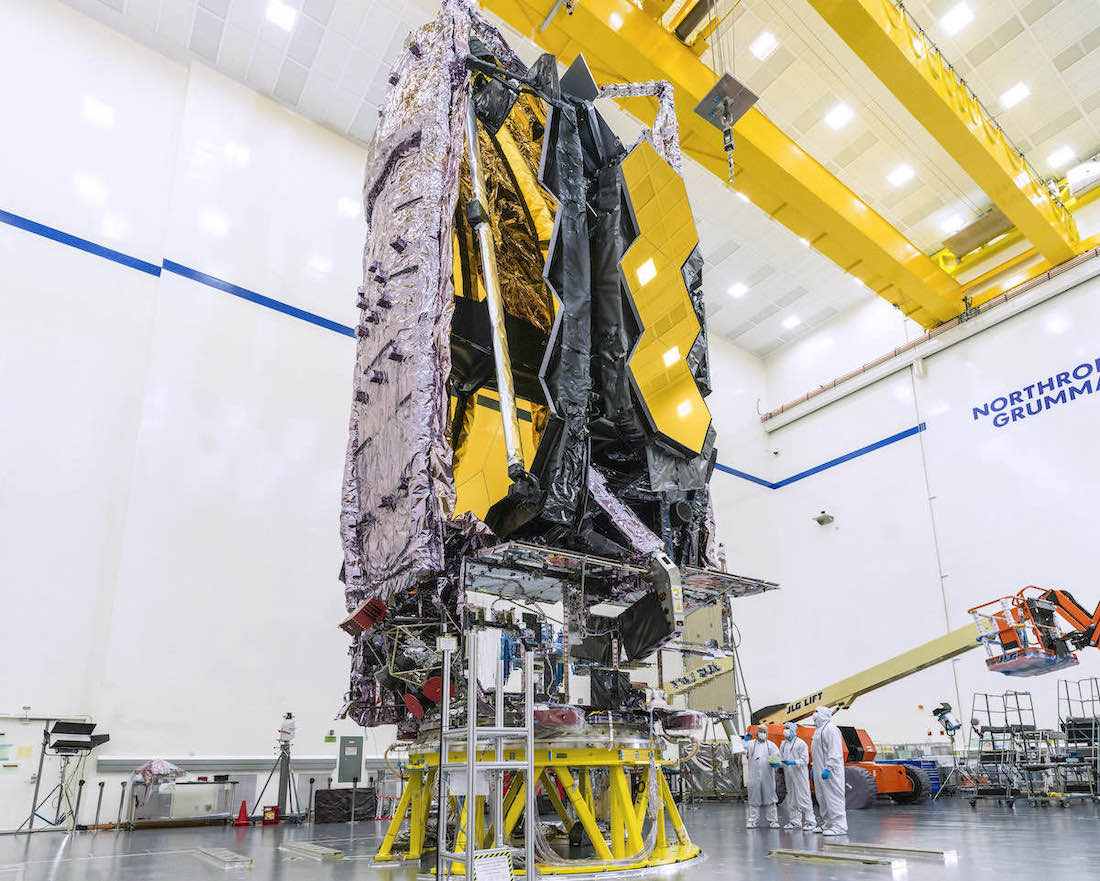 After two decades, the Webb telescope is finished and on the way to its...

No, it will take a month or so before it is ready to actually start sending back pictures.

It has to unorigami itself, and get into the right orbit.

It will be a tense time, hoping that all the hundreds of actuators and hinges work flawlessly.

Here’s the approximate timeline to get JWST into the right place: 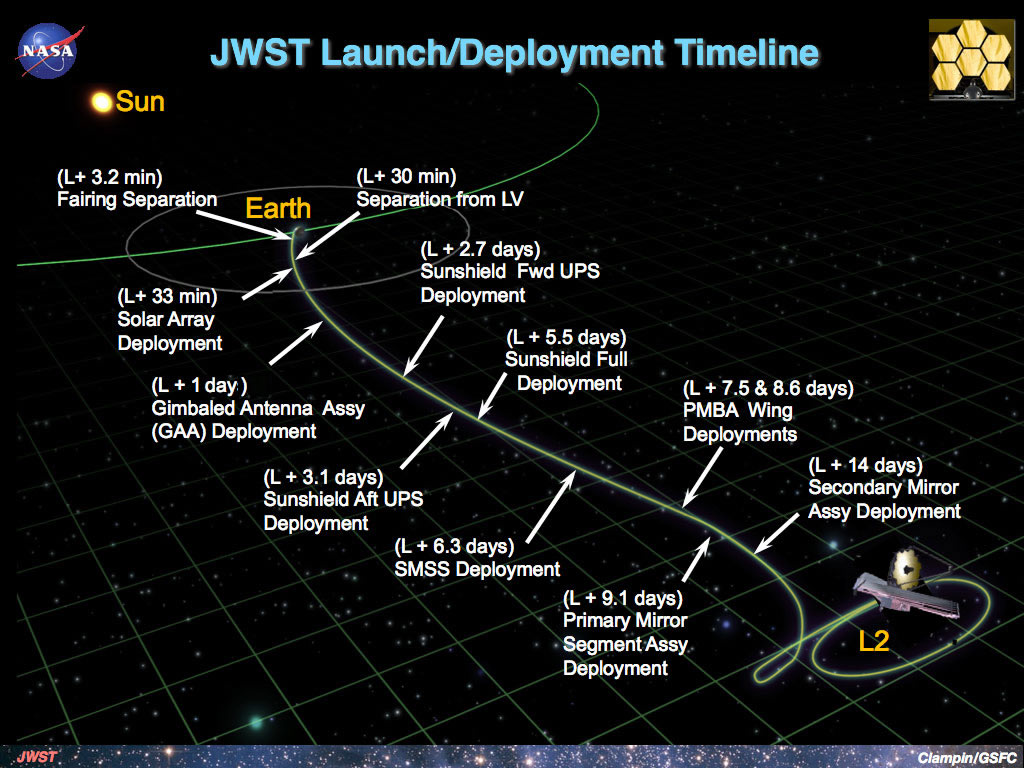