I wonder how many times they’ve checked that mirror?

Technically, the point is a point. It is also moving around based on the motion of the moon as well as other planets.It is about a million miles away, so 1000 miles is rather insignificant. I don’t see it falling just a 1000 miles short.

The closer you are to it, the less fuel needs to be used for station keeping. It will need to make an adjustment at least once a month to keep from drifting too far as it is.

It won’t be sitting right on that point, but in an “orbit” around it.

Ah, i was forgetting it moves due to the moon…

Oh well, i shall expect some spectacular piccies around Jan 15th !!

Ah, i was forgetting it moves due to the moon…

Depends on what you mean by “move”. Perturb is a better word for it. It’s not orbiting the moon or anything like that, but the added effects of the gravity of the moon does cause it to fluctuate around a little. Jupiter and the other planets will also work to perturb this point.

If it were just the Earth and the Sun, then in theory, you could balance something at L2 and it would stay there. But it is unstable, and so any slight fluctuation will move it away, and it will keep moving further away from that point. It’s like being at the top of a hill.

A “better” place, from a stable orbital standpoint, is the L4 or L5 points. These lead and trail the Earth’s orbit, and things perturbed will tend to stay in those areas. The biggest problem with these is that they are a whole lot further away than L2, in a straight line it is the same distance as from the Earth to the Sun, further if you are measuring around the orbit. There is also a decent amount of dust collected around these points, which may be a factor in not wanting to put sensitive telescopes and instruments there, but that’s just speculation on my part, I haven’t seen anything about that being a part of the decision.

Just a note, that animation is not nearly to scale. It’s approximately accurate in its relative positioning–i.e., the telescope sits just beyond Earth, and orbits the L2 point perpendicular to the vector pointing to the Sun–but the orbit is shown way bigger than it really is. L2 is only about 1% of the distance from Earth as Earth is from the Sun, and the diameter of its orbit is about the same.

If it’s 14 days there , no doubt it could be done quicker if you were prepared to burn more fuel to slow down when you got there, but is there anything even close to being capable? I guess having an airlock that allows an EVA would be a start.

Unfortunately not. A Crew Dragon could probably just make it there and back, if launched on a Falcon Heavy, but the Falcon Heavy is not crew rated, nor does the Dragon have any kind of egress system. It’s also not rated for that long a flight, though with minimal crew it might be doable.

The Boeing Starliner is not yet flying with people, but it’ll have similar limitations to the Dragon. It’s designed to transport crew and cargo to the ISS and not much else.

The Shuttle, if it was still around, also couldn’t get there. I seem to recall some proposals for filling the cargo bay with an extra fuel tank, but those never went anywhere. It had the life support and egress capabilities, but was also stuck low Earth orbit.

The SpaceX Starship will be more than capable, though. It can refuel in orbit, which puts almost the whole solar system within reach. And it’ll have airlocks and a capable life support system and a bunch of other things. It’s several years away still (for crew–for cargo, it should launch in a year or so).

I’m sure the answer is no, but what about the Orion capsule?

It may be a dinosaur in the new space race, but Space Park has an earned reputation: If a satellite built at Space Park reaches orbit, it exceeds its designed life. Example: the NASA X-ray observatory in the lineage of JWST and Hubble, Chandra, was launched in 1999 with a designed on-orbit life of 5 years. It is still providing astronomical observations 22 years later.

If the James Webb makes it to L2, you can expect it to provide new science well beyond its designed life.

I’m sure the answer is no, but what about the Orion capsule?

Good question (I always forget about Orion). I think the answer is: quite possibly. It supports long-duration missions, has a propulsion element (the European Service Module) with probably enough delta-V, and can support EVAs at least on a “contingency” basis (although that’s really what the Deep Space Gateway is for).

Still, without any appreciable cargo space, or a robot arm, or anything like that, it’s hard to imagine what kind of repairs they could effect.

ETA: Of course, who knows when it’ll actually fly with crew. Starship might actually get there first.

I have no doubt on the capabilities of the teams who designed, built and will operate James Webb, and that wasn’t the source of my question, the mission extensions for many of the projects have been truely phenomenal. Sometimes things go wrong, not even due to the design or build but caused by external factors, or maybe they could add upgraded sensors or maybe top up its gas tanks so it can keep adjusting its position to extend the mission even further.

It almost seems as though it would be easier to send something out to tow it back to an easier orbit to achieve with manned flight. Don’t know if that’s anything in the cards though.

If the James Webb makes it to L2, you can expect it to provide new science well beyond its designed life.

Some of its operating life is based on consumables. It uses helium to keep its sensors at a low enough temperature to be able to detect things in the deep infrared.

It will still have uses when this is used up, but one of its primary mission capabilities will no longer be possible. I’m sure it has a bit of a surplus for the 5 year mission, but it’s doubtful it will last 22 years or anything like that. It will also need to continue to expend fuel to stay on orbit, and once that’s gone, it will be pretty much useless.

Given that a substantial amount of the cost was in trying to get something that could fit into existing space launch vehicles, it is quite likely that it’ll be far cheaper to just put a new one up that uses more modern space launch capabilities than to try to refurb JWST.

Some of its operating life is based on consumables. It uses helium to keep its sensors at a low enough temperature to be able to detect things in the deep infrared.

The He on JWST is in a closed cycle cryocooler. Absent contamination, it will last longer than 20 years.

Interesting, I had heard differently.

Apparently, some bad info got out and has snaked its way through the interwebs a bit.

But, still not going to get 22 years out of it. According to NASA itself

The lifetime is ultimately limited by the amount of fuel used for maintaining the orbit, and by proper functioning in orbit of the spacecraft and instruments. Webb will carry fuel for a 10-year lifetime (with margin);

But, still not going to get 22 years out of it.

Hard to say for sure without seeing their analysis. Orbiting L2 isn’t like going to Mars, where you can easily determine delta-V needs to a very narrow range. How much propellant they need to maintain equilibrium is going to depend on the perturbations they face, both natural and artificial. Since that 10 years will have enough margin to cover a worst-case scenario, it wouldn’t surprise me if it could eke out 20 years in practice. Once they get there I’m sure they’ll have a better idea of the real lifetime.

From what I’ve read, L2’s properties are similar enough to L1’s that they should act similarly, and we’ve had a fair number of satellites stationed at L1 to have a good idea as to the requirements involved.

I’m thinking more about how the JWST specifically interacts with the environment. The JWST is a very intricate device, and L2 is a place where things happen very slowly. That seems to me a fertile environment for issues along the lines of, for example, the Pioneer anomaly. It turns out, for that one, that radiation pressure explains the anomaly, but it required a very detailed analysis. The JWST is far more complicated and thus will likely be subject to difficult-to-explain forces and behavior.

Once they get there I’m sure they’ll have a better idea of the real lifetime.

Yes. The lesson learned from Chandra (which had a very different set of life limiting issues) is that once they started managing the science mission, they found innovative ways to make full use of the capabilities of the bus to deal with the lifetime limiters. L2 will present a very different environment, but the (space) system engineers don’t go home when the science starts. From the start of the mission, they’ll be learning and applying that knowledge to extending the useful life of James Webb.

Don’t think this fits in the SpaceX thread as that one’s about Starship and Superheavy. 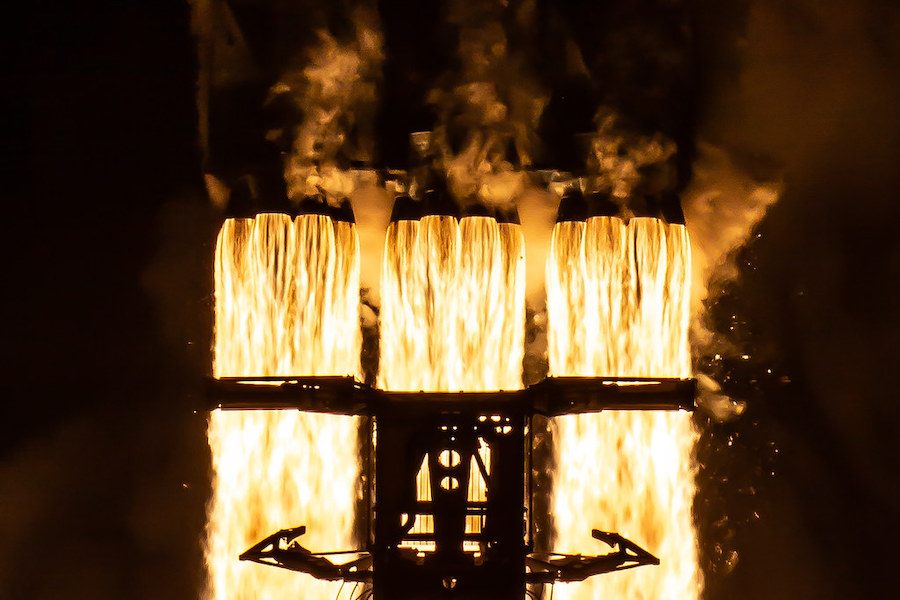