The Hawkishness of Hillary Clinton 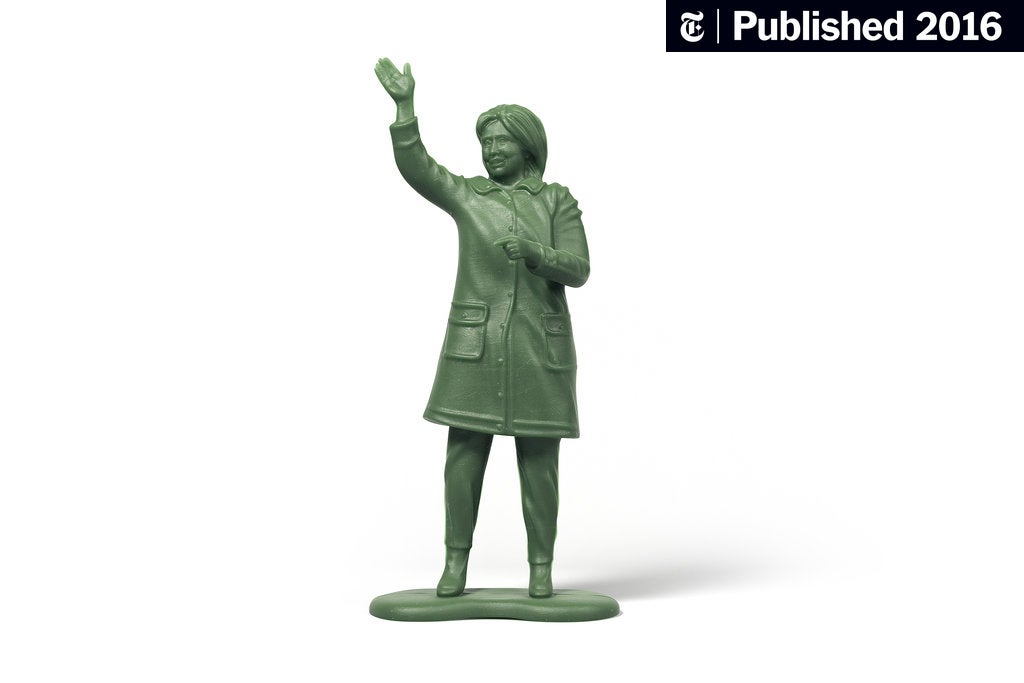 Throughout her career she has displayed instincts on foreign policy that are more aggressive than those of President Obama — and most Democrats.

Great article on how she’s much more hawkish than your average Democrat, as well as some neat inside scoops on disagreements with Obama’s less hawkish approach.

A few months after my interview in her office, another split emerged when Obama picked up a secure phone for a weekend conference call with Clinton, Gates and a handful of other advisers. It was July 2010, four months after the North Korean military torpedoed a South Korean Navy corvette, sinking it and killing 46 sailors. Now, after weeks of fierce debate between the Pentagon and the State Department, the United States was gearing up to respond to this brazen provocation. The tentative plan — developed by Clinton’s deputy at State, James Steinberg — was to dispatch the aircraft carrier George Washington into coastal waters to the east of North Korea as an unusual show of force.

But Adm. Robert Willard, then the Pacific commander, wanted to send the carrier on a more aggressive course, into the Yellow Sea, between North Korea and China. The Chinese foreign ministry had warned the United States against the move, which for Willard was all the more reason to press forward. He pushed the chairman of the Joint Chiefs of Staff, Mike Mullen, who in turn pushed his boss, the defense secretary, to reroute the George Washington. Gates agreed, but he needed the commander in chief to sign off on a decision that could have political as well as military repercussions.

Gates laid out the case for diverting the George Washington to the Yellow Sea: that the United States should not look as if it was yielding to China. Clinton strongly seconded it. “We’ve got to run it up the gut!” she had said to her aides a few days earlier. (The Vince Lombardi imitation drew giggles from her staff, who, even 18 months into her tenure, still marveled at her pugnacity.)

Obama, though, was not persuaded. The George Washington was already underway; changing its course was not a decision to make on the fly.

“I don’t call audibles with aircraft carriers,” he said — unwittingly one-upping Clinton on her football metaphor.

So you are considering voting for her?

I’ve always been open to voting for her if it’s between her and Trump or Cruz. SHe’s Maggie Thatcher 2.0.

Tell ya what though, there could be no better article for convincing conservatives to vote for Clinton than that one. A lot of good military minds are cited in that article, and they like her style.

I wish she was less hawkish, and hope that she sticks to her campaign rhetoric of no ground troops. Even at her most hawkish, she’s way less dangerous for America than Trump and Cruz and Kasich.

Russia is pushing it’s luck with it’s harassment of deployed US assets lately. Buzzing naval ships and the like. North Korea is threatening to nuke the US every time a sailor farts. China wants the US to stay in Pearl Harbor. We need responsible rhetoric from our leaders with respect to dealing with these issues. We don’t need a war, but we best not blink either. I don’t think Hillary will blink.

Me, maybe. Not sure what the term means to you, but I am heartily sick of going to anti-war demonstrations. If I have to listen to one more Maya Angelou wannabe, I’ll go totally stabby.

In any season where there’s so much of a whiff of worry about foreign threats, terrorism, military sabre-rattling on the global stage, etc, the default attitude towards a female candidate is going to be that she would not be aggressive and hawkish enough to defend American interests.

Hillary Clinton has excellent political insurance on that front. It will also serve her well when actually dealing with politicians in other countries who also default to that kind of thinking.

I wish she was less hawkish, and hope that she sticks to her campaign rhetoric of no ground troops. Even at her most hawkish, she’s way less dangerous for America than Trump and Cruz and Kasich.

Agreed. My main reason for supporting Bernie is his lack of hawkishness. I wish the Dems had a more credible, but less hawkish candidate than Clinton. But you go to the election with the candidate you have, not the candidate you wish you had. Plus, she’s a known known.

Why should any of us be aware of that? The author of that article offers absolutely no evidence to back up that statement.

Friend adaher appears to have gone through all the stages and blasted right through “acceptance” into a Panglossian reconfiguration: Hillary is really conservative, therefore, when she wins, the Republicans win! Guess they really outfoxed us this time! Went all in on shit, got called, and forced us to stack all those chips!

Patience. He’s working through this in his own way, at his own pace.

That was a great article, btw. Broken record MfM notes that Kevin Drum gives a nice nickel summary. [INDENT][INDENT] If anything worries me about Hillary Clinton, this is it. It’s not so much that she’s more hawkish than me, it’s the fact that events of the past 15 years don’t seem to have affected her views at all. How is that possible? And yet, our failures in Iraq, Afghanistan, Libya, Yemen, Syria and elsewhere apparently haven’t given her the slightest pause about the effectiveness of military force in the Middle East. [/INDENT][/INDENT] Here’s the thing though. I don’t buy it that Hillary would be less hawkish than Cruz or Trump. Trump’s foreign policy team is made up of obscure extremists and his whole shtick is one of getting screwed over by foreign powers. That’s not a recipe for world peace. It’s a recipe for getting rolled by generals who promise quick and easy victories. Sorry. Did I say generals? I meant chickenhawks. There are plenty of those over at the Weekly Standard.

As for Cruz, his advisors are basically ones who were kicked out of the GWBush and Reagan administration for being too unhinged. Elliott Abrams, who pleaded guilty to giving false testimony to Congress (actually withholding information to be precise) about Iran during the 1980s, is the moderate of the team. No kidding.

In terms of foreign policy, Obama is more my speed. He catches terrorists like Osama Bin Laden and squeezes DAESH rather than freaking out and helping their recruitment. I’d be more comfortable with Hillary if she displayed a greater appreciation of the limits, hazards and frankly poor track record of US counter-insurgency actions.

And I’d note that she repeated the exact same mistake GWB made: failure to plan for what comes after. Although that’s more on Obama than State.

"The Hawkishness of Hillary Clinton"

Take Away: I was WONDERING why the Koch brothers were considering donating to HRC.

And I’d note that she repeated the exact same mistake GWB made: failure to plan for what comes after.

The great thing about endorsements is that they count whether you take them or not. A Koch endorsement would be huge for her and she knows it.

From the “I’m curious enough to ask this, but not curious enough to open the link” department: Can someone who read the article report on whether or not its author also suffers from the OP’s quaint delusion that preferring sanctions over bombing Iran is ‘hawkish’?

The great thing about endorsements is that they count whether you take them or not. A Koch endorsement would be huge for her and she knows it.

Few of the still-undecided even know who they are, for one thing. For another, their identity is their money, not their “endorsement” - and their money isn’t going to a Democrat, or a non-denialist. This is just a hint to Trump that he isn’t rich enough to run a general campaign without them and their money.

Interesting to see how you’re trying to overcome party loyalty and reconcile yourself to supporting Clinton over Trump, anyway.