The Last Howard Johnson's has closed

I went there a couple of years ago, and made a point of eating at the HoJo’s, partly to say that I had, and partly to experience it again. Howard Johnson owned the food franchises along the interstates when I was growing up. as recently as the 1990s there were still quite a few of them around, including one down the road from where I was working. It was open 24 hours, so I’d stop in there for a bite if I was working late at the lab.

Howard Johnson’s truly was the Flavor of America – and it was Bland. But consistent and dependable.

The HoJos at Lake George actually served better food than I recalled at the chain that i remembered. I had a good large meal, followed by an ice cream sundae (vanilla ice cream. They may have had 28 flavors, but I still preferred the basics). My wife refused to go, but I think she turned down a pretty decent dining experience.

Actually, it wasn’t clear even then if they were still open. There were rarely more than a couple of cars parked outside, unless a bus pulled in. The inside was pretty empty when I was there. I’m sure that two years of COVID pretty much drove the last nail in. 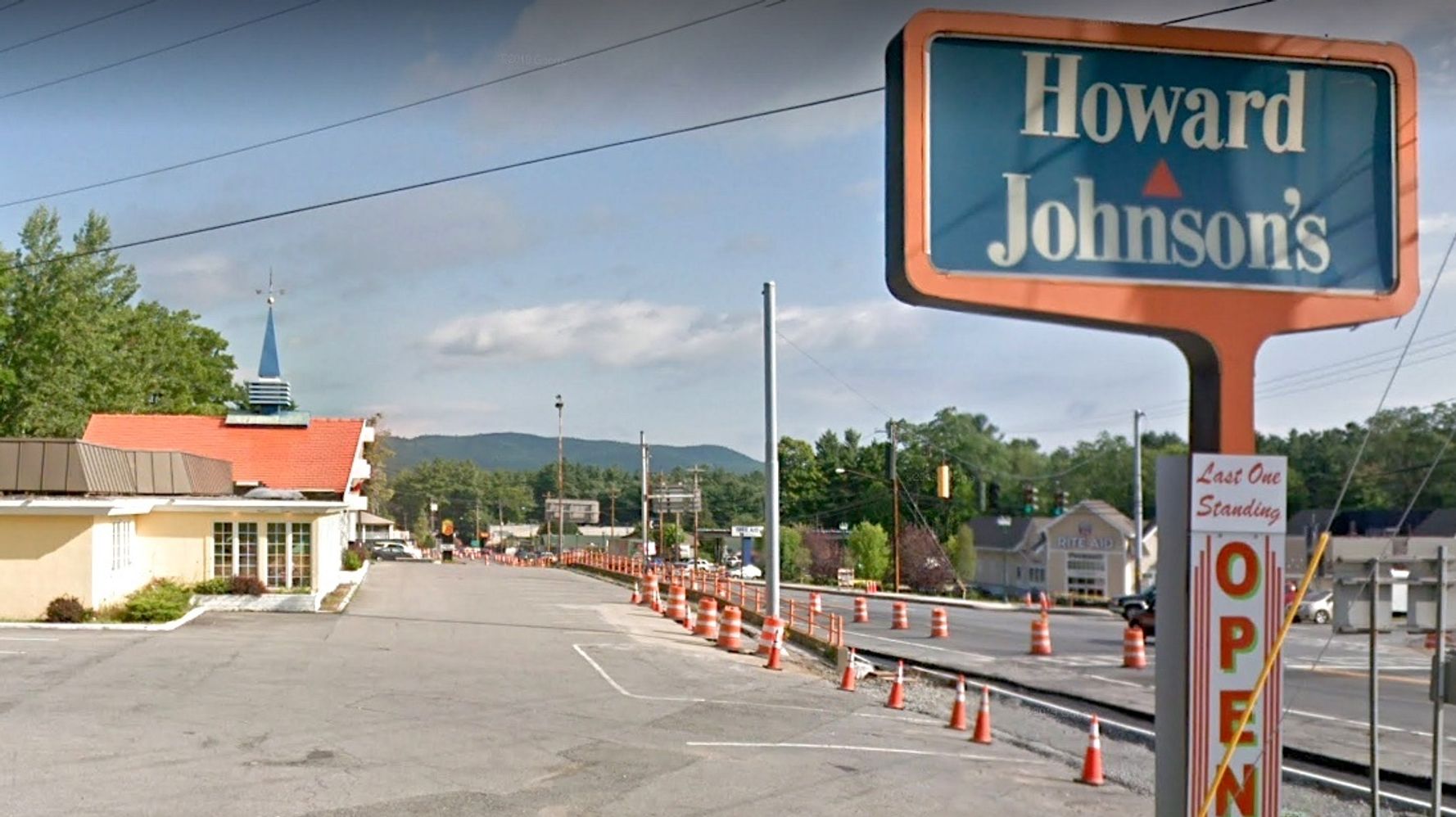 The Last Howard Johnson's Restaurant In America Is Officially Closed

It was once among the nation's biggest chain restaurants.

If that HoJos goes back to the sixties, I’m pretty sure I ate there as a little kid.

We use to go to Lake George in the summer for a week to escape The Bronx. I know we ate at HoJos the last time we went. But I was very young, so I’m not sure if it was in Lake George or somewhere on the way.

The Asbury Park Howard Johnson’s looked like none of the others I believe. This is the one I was at the most.

Today it is the popular McLoone’s Asbury Grille.

A song in memoriam. 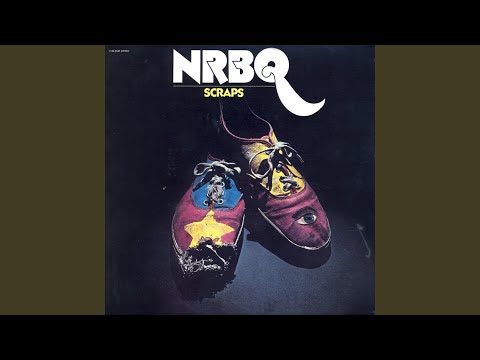 The Asbury Park Howard Johnson’s looked like none of the others I believe. This is the one I was at the most.

Yeah, I used to go to Asbury Park all the time, and saw that Howard Johnson’s. It was right on the Boardwalk near one of the pavilions, and is the only one in that form I remember seeing (including the only one on any Boardwalk). We visited it one time when our high school band made a trip to the beach, and one guy really wanted clams – only he didn’;t want the HoJo’s “tendersweet” fried clams, he wanted steamed clams, so he was outta luck.

I remember stopping at Howard Johnson’s on my childhood vacations.

The food was always good. I can’t remember the last time I ate at HJ. They closed locally in the early 80’s. I think I ate at HJ on a trip to Nashville in the 90’s.

I remember when this HJ Lodge closed in the early 80"s. It reopened under a new name and got very run down. IIRC it didn’t have a HJ restaurant. 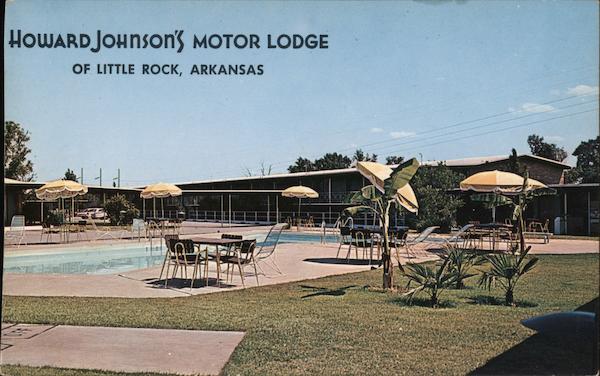 The HoJos near us was pretty much the only place open past midnight, so it was the go to stop on the way home from concerts, games, etc. Clam rolls at 2:00 AM, yum! That location closed decades ago and became an Italian restaurant.

The HoJos name lives on for the ranger station in Tuckerman Ravine, because the roof line resembled the roofline of the traditional HoJos restaurant. I suspect most skiers and hikers who pass by there don’t get the reference.

Starting in the 1970’s, a lot of Howard Johnson’s restaurants rebranded as Ground Round restaurants. But the chain went bankrupt in 2004 and half of them abruptly closed. A group of franchisees bought the property, and apparently about 15 of them remain, although I haven’t seen them. The nearest ones to me seemn to be way up in Maine or Vermont

Ground Round Grill & Bar is an American casual dining restaurant that was founded in 1969 by Howard Johnson's. On January 17, 2010, Independent Owners Cooperative, LLC—a group originally formed of 30 franchisee owners, which is based in Freeport, Maine—became the owner of Ground Round. During the 1970s and 1980s, Ground Round was well known for its children's parties, showing silent movies and cartoons on a big screen, a mascot named Bingo the Clown and for passing out whole peanuts where consum...

Almost a decade ago Anthony Mitchell Sammarco published A History of Howard Johnson’s – How a Massachusetts Soda Fountain Became an American Icon. I had no idea the chain originated so close to where I now live. There used to be a restaurant in my town, in fact, on a rotary (“traffic circle”) on Route 1, but it’s long gone now. as is the rotary.

A History of Howard Johnson's: How a Massachusetts Soda Fountain Became an...

You mean they weren’t founded in Rock Ridge Colorado?

You mean they were founded in Rock Ridge Colorado ?

From Blazing Saddles. Seems like a lot of work to go to for the joke of “one flavor”. (And all the “Johnson’s” in town.)

As an aside, Howard Wesley Johnson was president of MIT from 1966-1971, which produced a lot of jokes about 28 flavors/ 23 courses at the Institute. I think he was related to the restaurant Howard Johnson somehow.

Oddly, the Howard Johnson I’ve eaten the most at was the one by the airport in San Jose, 400 miles from home. It was convenient to all the hotels, and I was regularly in town on business. It wasn’t great, but it was reliable and not fast food.

Filling that same niche as Friendly’s, Cracker Barrel, Perkins or Bob Evans or to a greasier degree Denny’s.

My family and I stayed and dined at the Howard Johnson Casino and Resort back in the 90’s. Now that was trippy, compared to my other HoJo experiences. HoJo food plus slots and craps tables, etc.

Apparently the HoJo brand for hotels/motels is still a thing, they just lack the restaurants now.

Howard Johnson Inns were absorbed into the Wyndham chain, though it seems a few have kept the old HJ name. The one on Boylston St. near Fenway Park calls their restaurant “Hojoko”. Slivers of roadside history remain embedded.

How many of you know that Jacques Pepin worked at HoJo’s when he first came to America? (show of hands)

The 10 Dishes That Made My Career: Jacques Pépin

Step into the culinary mind of the man who brought French cooking—and those beloved Howard Johnson clam strips—to the American masses.

What few diners might have realized as they sank into their booths [at Howard Johnson’s] was that the menu, built around quality ingredients, was hatched in a Queens commissary, and its director of research and development was an unlikely Frenchman by the name of Jacques Pépin. One of the world’s first celebrity chefs, Pépin is known for demystifying French cuisine over the decades, sharing the spotlight with Julia Child on public television, and cranking out comprehensive cookbooks such as his opus, Essential Pépin. The forthcoming Jacques Pépin: Heart and Soul in the Kitchen makes its debut this fall in tandem with his final PBS series.

While he could have remained at Le Pavillon, working at the White House was another option for Pépin. Jacqueline Kennedy asked him to take on this prestigious post, but cooking for dignitaries was nothing new for the chef; he was French president Charles de Gaulle’s private chef and he didn’t see how this American variation on a theme would be any different. “I had no inkling for the potential. Back then TV didn’t exist. Guests didn’t call chefs into the dining room. Cooking was the bottom of the social scale,” he explains. Making satisfying food for everyday Americans was a far more eye-opening alternative.
…

I love that man!

There is also a chapter on Howard Johnson’s in Paul Freedman’s book, Ten Restaurants that Changed America.

We still go up to Lake George in the summer, but never ate at the Howard Johnson’s there; there are too many better restaurants in the area.

I did eat there from time to time as a kid when we were traveling. The food was decent, but nothing special and as competitors emerged, they couldn’t keep up. The same thing is happening to Friendly’s: good ice cream but an undistinguished menu and nothing that another restaurant couldn’t make as good or better.

Amazingly, I wasn’t aware that Howard Johnson’s was a restaurant chain until I read this thread. If they were ever in Oregon I never saw them, and clearly never availed myself to one when I went on road trips.

In the movie Fool’s Gold Kevin Hart’s character finds some piece of supposedly valuable ancient treasure and makes a comment the effect of “this looks like a chuck of busted dinner plate from a Howard Johnson’s.” I always though he was referencing the hotel chain.

Learn something new every day.

Learn something new every day.

“It was a hotel. The one with a rabbit’s head logo.”
– Robert A. Heinlein The Moon is a Harsh Mistress

Well, I guess I’ve missed my opportunity. I actually drive through Lake George once or twice a year en route to my daughter’s town in Vermont. I never saw much except the outlet stores in passing.

My only experience actually eating at a HoJo’s was back in 1985 - we were driving from NC to western IL, and stopped at one for a late dinner in Kentucky. I remember that whatever we ate, we ordered something else to take along in the car for snacks for the rest of the drive.

Starting in the 1970’s, a lot of Howard Johnson’s restaurants rebranded as Ground Round restaurants. But the chain went bankrupt in 2004 and half of them abruptly closed. A group of franchisees bought the property, and apparently about 15 of them remain, although I haven’t seen them. The nearest ones to me seemn to be way up in Maine or Vermont

There’s one in Rutland, VT - but it’s been closed for years - since 2018 at least. There are enough alternatives in the town, more conveniently located, that I guess the property hasn’t been picked up by any other restaurant chain.