The Midnight Club on Netflix

Anybody else watching this show? I am four episodes in and completely hooked. It’s looks like a horror show on the surface, but I think it is more of a show about friendship and the power of storytelling. And it is also about death and dealing with the reality of death. About how the stuff of horror movies cannot compete with real horror in real life and about the death sentence we all have. Good characters, grim subject, interesting plot twists. Too scary and intense for my wife so if anyone here wants to talk about it…

Obviously no spoilers without tags.

I like the main story at the recovery house, but the anthology-style stories are lame.

Mrs. solost and I are also 4 or 5 episodes in, and enjoying it well enough. Agree with @Mahaloth that I like the main story better than the patient stories, which seem to just be kind of lame clumsy attempts at allegory.

They seems to be pacing out the mysteries pretty leisurely though, which makes me wonder, as I always do with these ‘Mystery Box’ shows that pop up on the streaming channels- it it a limited series with a clear ending at the end of this run of episodes, or is it meant to be a multi-season arc? If the latter, and it’s not deemed a big enough hit, will it be unceremoniously cancelled and leave us with a bunch of dangling loose plot ends?

I disagree that the stories are lame (other than the first which was meant to be, I think). I also think the telling of the tales in the context of the real lives of the storytellers intentionally defangs much of their horror. That is interesting and new to me. I want to see where the story goes and I already care a lot about the characters involved. That’s a good sign.

I’d rank this last, so far, of the Mike Flanagan Netflix productions. Still, I would insist they give him production money for a new show each year. He is doing interesting things. Right now, only halfway through this new show, I’d rank them like this:

But all are worth a watch.

I regretted wasting my time on Midnight Mass. That finished so stupid. But Hill House was really really good and I enjoyed Bly Manor.

I will eventually watch “The Midnight Club”. I’ll probably pick Netflix back up in late November.

I think the beginning and middle parts of Midnight Mass were very good, but the ending episodes were a disappointing slog to endure. I am hoping to not be similarly disappointed with the latter part of this series.

I’m watching it with my best friend and we’re also 4 episodes in. So far we dig it, though neither of us have read the book the show is based on. At least I knew that the book exists - she was surprised when I mentioned it while we watched episode 3, lol.

And I’ll watch just about any show with Zach Gilford in it. Even The Mob Doctor.

I think this is my favorite Mike Flanagan series on Netflix. Hill House was certainly excellent as horror goes, and parts of Midnight Mass were so Steven Kinglike as to make me wonder if Flanagan was another Richard Bachman.

But Midnight Club’s subject matter wasn’t horror really. It was death. As someone who had a stroke earlier this year and thinks about death still abstractly but with a feeling that I maybe brushed beside it for a moment, I really appreciate the stories where death is not taboo. It is something we all live with every day.

Mrs. solost and I finished S.1 last night. Clearly, even though Mike Flanagan’s last 3 Netflix series were one-offs, he’s hoping for a season 2 with that little plot twist at the end (that I thought was kind of silly, but oh well).

So, here are still-unanswered mysteries yet to be solved as far as I know (unless I missed some plot details, which is very possible). Spoilers for those who haven’t yet reached the end of S.1:

Wow, Heather Langenkamp. There’s a name I haven’t seen in awhile. I don’t think I’ve seen her in anything since A Nightmare on Elm Street.

To me the show is about dying and how “horror” shows can help us to somehow deal with the real thing. Ghost stories where the characters are in on the metaphor. I hope there are more seasons.

Somehow I missed it.

Looking through her IMDB page, I was suprised to see that she played Moto in the 2013 film Star Trek Into Darkness. I didn’t recognize her. 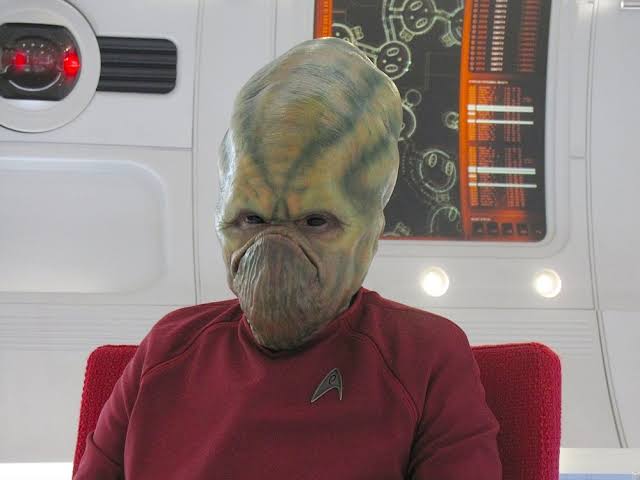 Started it last night, just to see what it’s all about and I’m hooked.
No sooner do we see the content warning for violence, smoking and suicide, the next scene makes us think we’re witnessing one of those suicides
I really like Anya and I sure wouldn’t have recognized Heather Langencamp (yay Nancy!).
I DO NOT like jump scare lady .

I think I read this film holds a record for jump scares(?) and if that’s the case, it’s really going to impair my enjoyment but I’ll keep watching.

Mike Flanagan is a great story teller with a lot of heart. As I often mention in threads that mention him, if you’re a fan, check out the film Absentia

Mike Flanagan is a great story teller with a lot of heart. As I often mention in threads that mention him, if you’re a fan, check out the film Absentia

Thanks for the Rec! I like a good horror movie on a Friday night, and I see from your link it’s on Prime Video, so I may watch this tonight.

Thanks for the Rec! I like a good horror movie on a Friday night, and I see from your link it’s on Prime Video, so I may watch this tonight.

Goody! Let us know what you think!

My wife and I finished it the other day and it got a “meh” from us. We liked the cancer-ward story, but I was not a fan of the Canterbury Tales stories that they told in their club.

And I thought it would wrap up like Midnight Mass, Hill House, and Bly Manor. This appears to be shooting for a second season. OK. I guess??

This was better than so many things, but the last place of the Mike Flanagan Netflix shows.

I’m still watching (up to ep 6, I think) and I’m glad the jump scares are (mostly) limited to the first dumbass story that Natsuki tells.

I am loving Heather Langencamp in this. I haven’t checked if she’s been working these last several decades, but I want to see her in more. She is especially delightful as the devil.

I’m surprised Kate Siegel isn’t in this one, as she often show’s up in Flanagan’s productions (the two are married IRL). I thought it was her playing Shasta until I got a closer look.

And I really thought the NP was played by Noah Reid (Schitt’s Creek) rather than the just as excellent Zach Gilford.

Jump scares are easy lazy horror tricks, and the show acknowledges that in episode 1. To really create ghosts requires more. We are explicitly told we are expected to be a tougher audience.