The NRA in financial trouble?

The N.R.A. is claiming that it’s in financial dire straits (and it’s blaming Andrew Cuomo for that). Do you believe it? Or do you believe it’s an attempt on the N.R.A.'s part to “start the money flowing in” again?

I’d have thought their fundraising may have been more diminished by a more general sense of people feeling safer in that there’s going to be no real big “gun grab” attempt for a couple of years, so they need to get hustling.

With the loss of Obama they’ve also lost their uniting threat. Not only have they succeeded in changing gun laws but they’ve shaped the entire national conversation around guns.

At this point the only major steps left to take in the foreseeable future is expanding concealed carry and silencers. With Trump enthralling their base how are they supposed to strike the level of fear necessary? Victims of their own success if anything.

Sent from my RNE-L23 using Tapatalk

As long as they don’t start sticking up liquor stores to raise funds.

Yeah, I saw the story yesterday where LaPierre was whining about this. Unfortunately I went into such a fit of laughter at the thought of them going bankrupt I didn’t post about it. (To clarify - financially bankrupt since LaPierre has been morally bankrupt for years.)

Couldn’t happen to a nicer organization. Maye they’ll have to scale down their lobbying (hope, hope). But what does Cuomo have to do with it? He can affect at most one state.

Perhaps they could start a campaign that says how everyone needs complete free access to more guns because of all the crazy people out there with free access to guns.

Either that, or just get some more cash from the Russians.

I wonder if conservatives that still have some ethics got less willing to help the National [del]Russian[/del] Rifle Association thanks to the latest news. 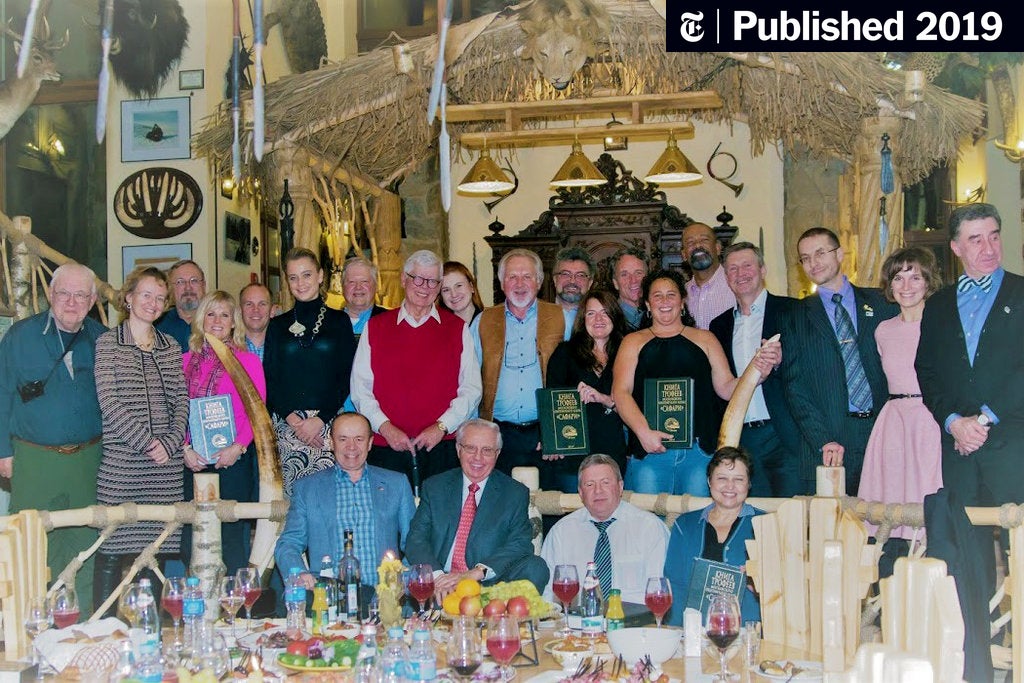 N.R.A. Seeks Distance From Russia as Investigations Heat Up (Published 2019)

High-profile N.R.A. donors and board members made no secret of their visit to Russia in 2015. But now the organization faces growing scrutiny for its Russia ties.

Congressional scrutiny of the N.R.A. has intensified since Ms. Butina pleaded guilty last month to conspiring to act as a foreign agent, in a deal with the United States attorney’s office in Washington. She admitted to being part of a Russian-backed effort to use the N.R.A. to influence American politics. Two Senate committees are also investigating the N.R.A.’s ties to Russia, as is the House Intelligence Committee, and the Federal Election Commission initiated a preliminary inquiry last year. Three past N.R.A. presidents — Mr. Keene, Mr. Cors and Mr. Brownell — have been asked for interviews in the inquiries.

Notice that the investigations here are not being controlled or were part of the Muller investigation. and some are still ongoing.

I wonder if conservatives that still have some ethics got less willing to help the National [del]Russian[/del] Rifle Association thanks to the latest news.

N.R.A. Seeks Distance From Russia as Investigations Heat Up - The New York Times
Notice that the investigations here are not being controlled or were part of the Muller investigation. and some are still ongoing.

And some people at Justice want her out of the country as quickly as possible: Justice Dept. asks judge to send Butina back to Russia after sentencing.

Moose and squirrel are still in hiding.

I think they need to ask their buddy Vlad to do an “I’m the NRA” advert. That should bring in some donations.

Here’s an opinion piece that looks at the NRA’s finances.

Short answer – their revenues have not been growing as fast as the amounts they’ve expended.

But what does Cuomo have to do with it? He can affect at most one state.

New York has concluded that the NRA’s liability insurance for acts by gun-owners is illegal and cannot be sold in New York. Even if that conclusion doesn’t bind other states, I would assume it would have a significant impact on the decisions of other state insurance regulators.

Regulators said the insurance unlawfully offered protection for certain acts of intentional wrongdoing and improperly provided coverage for acts of self-défense. Gun control advocates have criticised the program, referring to it as “murder insurance.”

The New York regulators fined the insurance company $7 million. They appear to also be investigating the NRA itself, to see whether the NRA was improperly advertising an insurance product without itself being a registered insurance company.

I’m pretty sure there was a thread on “murder insurance” about a year ago?

The Carry Guard program is small potatoes and not really what this is about. Cuomo has moved to pressure financial institutions like banks and credit card companies to cease doing business with the NRA. Here’s an article about it. And another.

I heard that there’s been some discussion about them doing lobbying in New Zealand! Maybe THAT will send them down the proverbial crapper.

I heard that there’s been some discussion about them doing lobbying in New Zealand! Maybe THAT will send them down the proverbial crapper.

I don’t know about them lobbying in New Zealand, but they had been approached by the One Nation party of Australia, seeking donations in exchange for softening the gun laws in Australia. One Nation is a far-right party, heavily anti-immigrant, and especially anti-Muslim.
The news has done little to endear One Nation to Australians in general, and the head of One Nation has been doing what she can to discredit the sting.