The pig-heart transplant story is even more interesting than I expected!

Not only is the surgeon, Dr. Robert Montgomery, married to opera singer Denyce Graves, but he’s a heart transplant recipient himself, because of a rare genetic disorder. He was desperate enough to be willing to receive a heart from someone who had hepatitis C, for which he later received treatment.

Robert Montgomery is the director of the Transplant Institute at NYU Langone Medical Center. Montgomery was born in January 1960, in Buffalo, New York and spent his early years on Potter Avenue in Orchard Park, New York growing up with his three older brothers and all the kids on the street. The fourth of four male siblings, he decided to pursue a career in medicine after the long illness and death of his father from familial cardiomyopathy at age 52. He received his MD from the University of Ro... 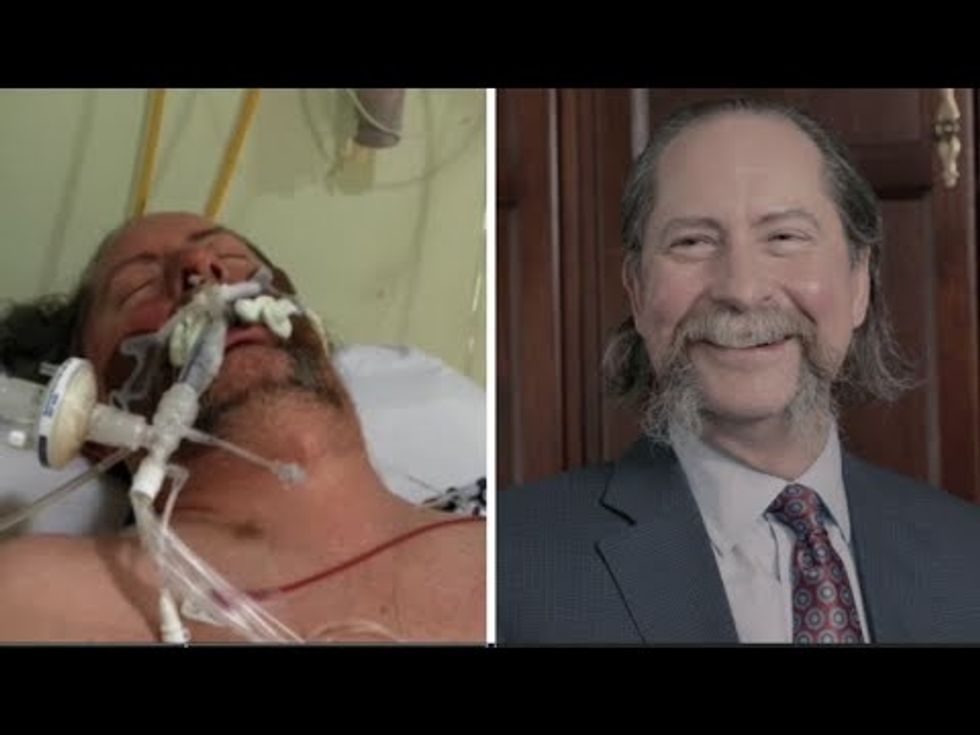 The Stunning Comeback of a Top Transplant Surgeon Who Got a New Heart at His...

I do remember Baby Fae from the early 1980s (a newborn who got a baboon heart, and lived with it for several weeks) and have seen stories about animal organs being used back in the day. This heart was genetically altered to also contain human genes; we’ll see what happens to the patient.

ETA: Dr. Montgomery was not the surgeon who did the direct transplant, but he was involved in the process. He specializes in kidney transplantation.

Who gets the pork chops?

That isn’t the only fascinating wrinkle in the story: The ethics of a second chance: Pig heart transplant recipient stabbed a man...

Decades before David Bennett Sr. received the first-ever genetically modified pig heart transplant, he was convicted of a stabbing that left a man paralyzed.

Interesting. I wonder if his SOCIAL history actually made him ineligible.

The Times today had a discussion with his doctor who maintained that he felt an obligation to treat everyone equally and not look at their social value. Or something like that. Anyway, he is a guinea pig and likely won’t survive very long.

His victim died 19 years after the attack, having been seriously ill (and totally paralyzed) for the rest of his life. It was a really ugly story.

I remember in the early days of kidney transplants. The potential recipients’ files were reviewed by a committee. A lot of ethical qualities were weighed to make the final decision as to the actual recipient.

Years later, a group of transplant recipients of a variety of organs were interviewed on a TV show. One gentleman had a new heart, and he introduced himself as an owner of an adult book store in Las Vegas.

I realized then, things had really CHANGED.

Years later, a group of transplant recipients of a variety of organs were interviewed on a TV show. One gentleman had a new heart, and he introduced himself as an owner of an adult book store in Las Vegas.

I realized then, things had really CHANGED.

What’s wrong with that? I mean, seriously. Is there something ethically wrong with owning an adult book store or is there a point I missed?

WAG, here: they genetically modified the pig heart in order to reduce the chance of rejection.

It makes me wonder if the recipient had some sort of immunologic problem that would have been a contraindication for lifelong immunosuppression normally associated with organ transplantation, and that eliminate him from UNOS candidacy.

I doubt any such modification to a human organ is currently practicable, but … again … no idea on that one.

Or maybe the rejection chances are just thought/known to be wildly higher with a pig heart. Dunno’.

The social history is STILL taken into an account. For example, an incarcerated person would have an easier time getting their meds than a person who has no permanent address. Also, and granted this was in 1994, I did clinicals on a transplant unit, and their rule for doing transplants on people who destroyed their organs due to drug abuse was that the person had to be “clean” before they became terminally ill. This issue came up when they did a kidney transplant on a woman who was in recovery from meth addiction, and later, my friend’s BIL was considered for a liver transplant, but he didn’t stop drinking until he became too sick to do so, and he was rejected for this and possibly some other reasons.

There was (and still is, TBH) a lot of controversy about Dick Cheney’s heart transplant, but truthfully, at age 71 he was near the bottom of the list anyway, but he got a transplant because a suitable heart was found. UNOS (United Network for Organ Sharing) is anonymous and uses codes to determine eligibility and “place on the list.”