The SDMB PC Game Hall of Fame: The First Round

It was there of course, but it doesn’t feel like a PC game to me.

It does to me; that’s where I first encountered it, or possibly a generic playalike.

Tetris is a quintessential PC game. It was made by one dude tinkering around on his home PC and turned into a phenomenon. All the experimental stuff is one of the pillars of the PC platform. (Other pillars are throwing absurd amounts of power at a game and decades of backwards compatibility.)

To the extent that there’s an association between Tetris and the Game Boy, I wouldn’t say that Tetris is a Game Boy game. Rather, I’d say that the Game Boy is a Tetris platform. What other great Game Boy games were there? Tetris, meanwhile, has appeared on absolutely every platform ever.

The first time I was introduced to Tetris was on my girlfriend’s word processor in college. So yeah, it’s been on plenty of platforms.

I dreamed about falling blocks for what, in hindsight, seems like weeks.

RT2 was the only game I built a mod for, a historically accurate recreation of the development of the American oil industry.
SC2 - just fun as hell
Lode Runner - Possibly the first BIG microcomputer (PC, Apple, etc) port? Either this or Wizardry (or Ultima).
Civ2 - easily my most played game.
BBPCS - the birth of the mod. Hell, the entire game was a mod.

I’ve always enjoyed pinball, even in the arcade heyday I had a few quarters for 8-Ball Deluxe or whatever was available. Video pinball is a different animal, something impossible to replicate, you could only simulate. And most pinball games fell short… except for the three Pro Pinball games released by Empire Interactive back in the late 1990s. Not only was the physics believable, the gameplay itself matched modern pinball machines in complexity and goals.

And, at the very least, the HoF should have at least one pinball game. Pinball Construction Set is more of a historic selection, PP: Timeshock is a gaming selection.

Available on GOG for really cheap, there are three games in the Pro Pinball series, all of them excellent.

OK, that was three, sorry.

Does Mavis Beacon count? How about Where in the World is Carmen Sandiego?

ETA: You cannot have a PC game hall of fame without Microsoft’s Solitaire. You just cannot.

Eh, I considered Solitaire (and FreeCell), but they just don’t really feel like computer games, to me. They’re computerized versions of games that people have been playing for centuries. There’s nothing really new, there.

Minesweeper, on the other hand, is new, and isn’t really possible without a computer. If you want a representative of the Windows Entertainment Pack, that’s a much better choice.

Rescue Raiders (1984) for the Apple IIe. Played this one hours on end. 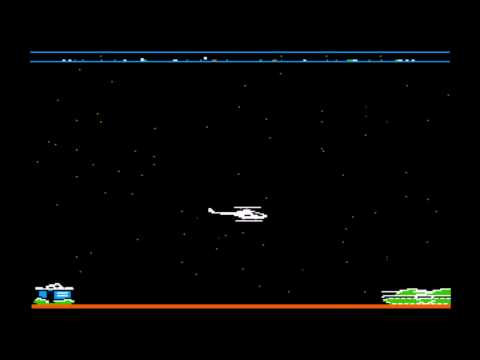 I have not really looked at other lists in any kind of detail, but here are mine:

Bit of recentism, certainly - I’ve been playing games since Frogger, but there’s very few games I played on my 8bit Amstrad that I’d play today.

Bit of recentism, certainly - I’ve been playing games since Frogger, but there’s very few games I played on my 8bit Amstrad that I’d play today.

That’s one of the reasons I nominated Snake. It’s older than I am, but teenagers today still play it. In my experience, it’s one of the top choices for high school students goofing off.

I will continue allowing voting until Feb 1 and then begin adding up votes.