The Society of Jesus - the pit-bulls of Faith?

Trying to avoid trolls (smile when you say that, partner!).

Yes, I did a search, found history, allegations, damnations, and praise, and cannonizations.

So - can any general statements be made? Are they political hit-men? Scholars of exemplary intelligence?

or, maybe sometimes, a bit of everything?

Any numbers on overlapping organizations? Opus Dei comes to mind.

the Jesuits are a varied order. Originally formed to fight Protestantism, they now mainly focus on education, running the best of the world’s Catholic high schools and many of the universities. The Jesuit General answers directly to the Pope, and the Pope alone.

They tend to be highly orthodox, but at the same time, often quite liberal. They’re quite the subset of Catholicism, in that regard.

They were quite liberal by the standards of the time, and bred many “heretics” such as Voltaire and several of the philosophes.

Henri III was assasinated by a dominican monk, not a jesuit. And though I remember having read somewhere that the jesuits had supported the assasination of Henri IV, I don’t think the murderer, Ravaillac, was jesuit himself. At the very least, I never saw it mentionned, and since it’s a quite a well-known figure and event, I assume it would be.

Well, here is the SD Staff Report on Jesuit colleges.

Our very own Alphagene is apparently the product of a Jesuit education.

I did time at a Catholic university - the best parking spaces had signs saying “Jesuit parking only”.

Each dorm had a resident Jesuit counsellor - ours was Father Jerry. A very cool guy. Looked like Jerry Garcia of the Grateful Dead. He wandered around in the evening with a bottle of Harvey’s Bristol Cream sherry and seemed to spend a lot of time with people who were overdoing the drugs and underdoing the studies - but in a non-censorious fashion. The guy was very smart and exceptionally well-read. Philosophy, politics, literature, you name it.

A cousin of mine who went to the same school and became a Catholic priest sneered when I mentioned Fr Jerry. “Oh, a Jesuit.” There’s obviously a bit of resentment among the other Holy Romans about their status.

Anyway, if Fr Jerry was anything to go by, they are not pit bulls in terms of fire and brimstone-style bible-bashing. But they are serious about intellectual integrity and rigor. I’d be interested in knowing how they select members, and how they avoid having people who don’t make the grade.

clairobscur, you’re right, I was going by faulty memory. Now that I have my essential sources in front of me, I find that Jacques Clement, who killed Henry III, was in fact Dominican.

Here’s what I was thinking of: Mariana, who wrote a treatise on monarchy and tyrannicide, was a Jesuit. “Clement died an eternal honor to France,” he said.

My memory twisted itself again with Ravillac. He tried to join the Jesuits shortly before the assassination and was rejected, but after he did the deed, the Jesuits were accused of “having inflamed the assassin’s mind,” specificially, by not suppressing Mariana’s treatise. Public opinion rose against them, but Marie de Medicis protected them.

The short story on becoming a Jesuit: join the order, spend two years in spiritual training as a novice; take the simple vows of the regulars (chastity, poverty, and obedience); spend 13 or more years as a scholastic in study and teaching; take an additional year of spiritual training; get ordained and become a “coadjutor”.

Optionally, at that time, the Jesuit may take a special fourth vow of special obedience to the pope.

You can see why other Catholics would dislike Jesuits–after more than fifteen years in the making, any Jesuit priest is like a Catholic commando compared to a normal priest, and their own order’s view are backed up by theological and intellectual training that makes them impossible to argue with.

Far be it from me to go against the trend of this thread, but my experience has been that the Jesuits tend to be pretty big social liberals (not with abortion or homosexuality), just the opposite of Opus Dei.

One example (among others) of this are the Jesuit Volunteers: a Peace Corp type deal where (being overly cynical here) young middle class people “play Priest and Nun” for a year, usually after college.

This link under “What they do” gives you a feel for the focus… VERY VERY PC: living in group houses in bad neighborhoods doing good deeds under Jesuitic guidance. One small example: The people I know who have done this couldn’t have grapes in the house due to some ongoing Ceaer Chavez type boycott. 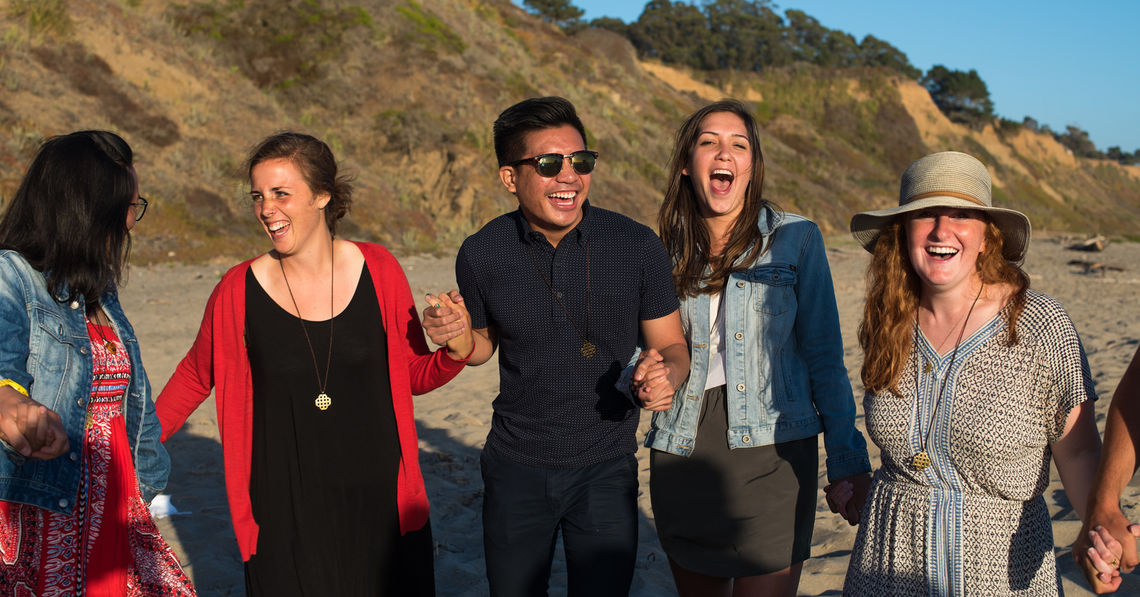 This Catholic site gives a lot of info & is a good jumping off point for the RC POV. One common misperception: The Papal Bull and Constitution of the Order do not mention fighting Protestantism as a reason fior founding, instead it talks about the Muslims
http://www.newadvent.org/cathen/14081a.htm

What are the two things that G*d doesn’t know?

How many orders of Franciscans there really are…

…and what a Jesuit is really thinking.

Wasn’t Monseignor Hugh O’Flaherty-the guy in the Vatican who helped rescue Jews and Allies in Rome during WWII a Jesuit?

Nope, I was wrong:

*Originally posted by Hemlock *
**A cousin of mine who went to the same school and became a Catholic priest sneered when I mentioned Fr Jerry. “Oh, a Jesuit.” There’s obviously a bit of resentment among the other Holy Romans about their status.
**

I’m going to be doing my Ph.D. at St. Louis University, which is – you guessed it – a Jesuit school. (They’re giving me a teaching assistantship and everything. Go me. ;)) Anyway, I mentioned this to my priest, and he said, “Now, the only problem is that you’ll be surrounded by Jesuits – but I think your faith is strong enough to withstand that.”

(Of course, he was joking…)

I believe the phrase hh may be thinking of is “shock troops of the Catholic church”–which is a description that can have many interpretations, some pejorative (just as jesuitical came to mean prone to scheming or intrigue). The meaning I learned (and find most logical) refers to the fact that Jesuits were frequently the first missionaries into a new territory, the best-known example being St Francis Xavier in the Far East (especially Japan).

(Incidentally, last time I looked the Jesuit and Dominican communities cordially detested one another. Not surprising, given that during the times of “heresy” one responded to by trying to persuade and reconvert the “heretic” while the other preferred to burn him/her at the stake.)

I went to Jesuit law school, the University of San Francisco. It was across the street from the main campus, which we referred to as “across the street”. There was one Jesuit priest professor (ethics) and at least one former priest professor. But the faculty was for the most part a collection of diverse folks from around the country. The faculty and students included people of every religion (I was and am a Protestant) and openly gay students and faculty. The folks across the street, however, were much, much more conservative.

One of my favorite quotes regarding Jesuits is from Homicde: Life on the Streets. In the episode Fits Like a Glove, Det. Frank Pembleton says “The Jesuits taught me how to think. I haven’t felt safe since.”

My favorite Jezzie moment (N.B. in print, I’ve seen the diminuitive of Jesuit given as “Jebies”, but at Georgetown, Jezzie was the preferred term).
I was at a wedding in Detroit, which was to be con-celebrated by a Reform Jewish rabbi and an Jesuit. (Conservative Catholics may have start grumbling now.) Minutes before the ceremony was to begin, it was announced that the rabbi had been rushed to the ER for an emergency appendectomy.