The Village Voice : Gone but not forgotten.

How very sad. For a kid of 19 who grew up in the suburbs of Philadelphia but fancied himself quite the hip urban(e) young fop because he used to hang out at The T.L.A. on South Street and such, moving to New York City was quite the smack upside the head.

I fell in love with the Voice immediately. Literally my first week in NYC, in August 1981. I bought it religiously until it went free in 1996.

I cannot even fathom the list of very important things I learned, or thought, or was prompted to Go and DO because I read it in The Voice.

Amy Taubin? Check. ( And a special side thanks for being my Film Theory and Criticism teacher at S.V.A. Man, your presentations of films and the things you made me question were just so upsetting. And vital. And in case you’re a Doper, you’re a gifted filmmaker. )
Nat Hentoff? Check.
Robert Christgau? Check.
Wayne Barrett? Check.
Michael Musto? A glorious glammy sparkling check. A Czec !

Damn. It was bad enough that the Stalinist Purge of 2005 gutted the publication. I still read it, limping along, most of the writing not nearly up to the par of past decades.

Come and share a favorite writer or memory regarding The Village Voice.

In the early '90s I would take an occasional “personal sanity” evening, leave the baby with the Ukulele Lady at home, and treat myself to long boozy solitary dinners at Villa Mosconi, the red-sauce Italian American standby on Macdougal street just south of Bleecker. Armed with a fresh copy of the week’s VOICE, I’d order the first of two martinis and settle in to read. There was enough interesting content to last me through the cocktails, the vongole posillipo, the cotaletto alla milanese, and the zabaglione with fresh berries.

Thank you for giving J. Hoberman, my favorite movie critic, his start. And thanks for all the great comics from regulars Jules Feiffer, Mark Alan Stamaty, and Stan Mack. Plus the occasional R. Crumb, Justin Green, and being the first New York paper to print Alison Bechdel’s Dykes to Watch Out For.

Today I pick up a copy outside the grocery store and am finished with it and ready to toss by the time I walk home, two blocks away.

Firstthe Boston Phoenix (which I wrote a thread lamenting the end of, years ago) and now the Voice?
How’s the Chicago Reader, birthplace of the Dope, doing?

As a member of the hipper-than-thou group in my small, central Florida town (there were about five of us), and a member of every writing club and group at school, I wanted nothing more than to go away to college, then go to New York and become a well-known writer of biting satire, mercilessly skewering society’s shibboleths. I wanted to write at the Village Voice and at the New Yorker. Oh, hell. I wanted to be punk rock Dorothy Parker, modernized, but with better poetry, better luck with men, and less alcohol.

It makes me sad knowing that some other bright kid trapped in a small town won’t have that dream; it also makes me sad that I will never have that window in my life again.

Great. It’s 8:50 am and I’m contemplating roads not taken and ships that have sailed.

I think it changed well before this current change:

In 1996, the Voice shifted from a paid-subscription format to free distribution supported by advertising — chiefly, ads for escort services and massage parlors — but has struggled in recent years to reconcile that model with a changing, increasingly digital media environment. 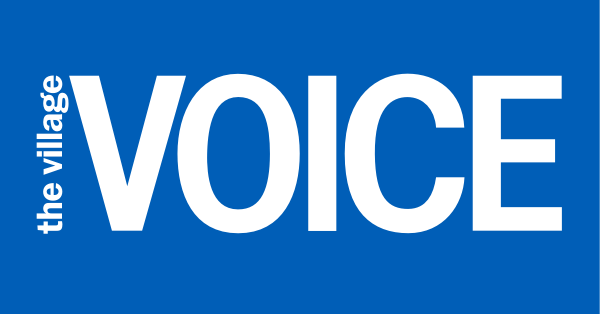 Owner Peter Barbey says the shift is part of an effort to return the 61-year-old weekly to viability.


Literary types are not a strong market for ads for escort services and massage parlors.
Tamerlane August 24, 2017, 5:28pm #6

You guys all do realize that at least for now the Village Voice still exists? It’s just going to cease print publication. It will continue to exist digitally, where supposedly they have been increasing their presence steadily.

I think it changed well before this current change:

http://www.foliomag.com/village-voice-ends-print-edition-goes-digital-only/
Literary types are not a strong market for ads for escort services and massage parlors.

Hey! The Boston Phoenix was LONG supported by such shady ads. In fact, I found those ads to be a source of cheap amusement in my student days.*

They were a free publication on campuses even in the 1970s (under the name Boston After Dark), and the paper overall went free in the 1990s.
*along with things like the Paperback Booksmith placing personal ads between fictional characters

Three years after buying The Village Voice, and a year after the paper shut down its print edition, owner Peter Barbey told the remaining staff today that the publication will no longer be posting any new stories.

“Today is kind of a sucky day,” Barbey told the staff, according to audio obtained by Gothamist. “Due to, basically, business realities, we’re going to stop publishing Village Voice new material [sic].” Barbey said that half of the staff, which is around 15 to 20 people, will remain on to “wind things down,” and work on a project to archive the Voice’s material online. The rest of the staff will be let go today. The Village Voice Is Officially Dead

'Today is kind of a sucky day,' the owner told the staff in a phone call.

To my way of thinking, the third funeral of note this weekend.