I’m currently reading a serious and well researched book which makes the claim botanists have recently discovered that trees in a forest, not always of the same species, sometimes communicate with each other. I presume this means chemicals and subtle forms of signalling, but not interpretative dance, smoke signals or secret handshakes. This has been summarized as “the wood wide web”.

Which seems a bit glib. Is there any truth to these claims? I know little of older botany and less of recent developments…

I believe you are thinking of this book:

Entangled Life: How Fungi Make Our Worlds, Change Our Minds and Shape Our...

It is not so much about botany but rather micology, it is about funghi. And it is a fascinating read indeed, I can warmly recommend it.

And the claim being made seems pretty robust, as the scientists have measured which substances go from one tree to the other with isotope markers: funghi transport nutrients from one tree species to another, and between trees of the same species, and the transport can change direction with the seasons. If, for instance, a decidious tree needs more potassium or phosphorus or whatever in spring to get to sprout new leaves and it is connected to a pine that already has the needles working, it may get those nutrients from the pine. By summer, when the decidious leaves are more efficient than needles, the process may reverse. Often funghi help trees get nutrients while the trees are young, when they mature, the trees give nutrients and sugars to the funghi, which then grow mushrooms (the fruiting bodies of funghi) to reproduce via spores.
This is from memory and very condensed, the book is more complex and the processes more subtle. I enjoyed it a lot.

There is also evidence that plants can communicate by releasing organic compounds into the air. They can warn their neighbor trees of pests that are attacking them so that the other trees can produce chemicals to repel the invaders.

How Plants Secretly Talk to Each Other

When under attack? “They’re after the syrup. Quick, release the bees?”

Oak trees have ‘mast years’ where they product an over abundance of acorns. Squirrels (and other animals) react to this by caching a lot of the acorns*; because it only happens sporadically, the increased abundance of acorns doesn’t create a lasting increase in the squirrel population (so there are never enough squirrels to eat all of the acorns).
The oak trees synchronise their mast years across quite a large geographic span. Other trees do the same, and some of them, it seems - particularly chestnut and beech (which are also squirrel food) all sync together with the oaks. It is not just driven by weather.

The acorns cached by the squirrels don’t all get recovered, because some squirrels forget some of them, and some squirrels die before spring, so the oak tree gets a seed distribution and planting benefit from this.

Any way to tell if it’s a ‘mast year’ in my area? The oaks in my yard have produced a HUGE number of acorns this year. The ground is filled with them; crunch crunch crunch as you walk along. Too many for our various squirrels to handle. (We’ve got maybe 4 types in our yard, including ground squirrels.)

Any way to tell if it’s a ‘mast year’ in my area? The oaks in my yard have produced a HUGE number of acorns this year.

That’s pretty much how you tell. The oaks here (southern UK) are doing it too. I’ve heard people say the trees exchange hormonal and other chemical messages via mycelial interconnections, but it also seems that the mast year synchronisation happens across oceans too, so maybe there’s an airborne component

Got it! We also had a hot and dry summer, and wifey reports that oaks love these conditions. Oak- kay.

Yup, that’s how you know. Here in the US the one time flock of passenger pigeons that may have numbered over a billion birds relied on the mast for food, moving from one area to the next to find enough food. And out of a billion birds not one survived.

Coming at this from a very outsider’s perspective, I think there’s been a shift in biology at large away from cladistic thinking focused on individuals and species towards more of a systems-based approach of networked ecologies, and the ‘wood wide web’ is just one example of this view at work in botany. A landmark paper is ’ A symbiotic view of life: we have never been individuals’, which reviews the concept of the ‘holobiont’, a host organism considered in tandem with its many symbiotic relationships. At one end, you have things like the Gaia-hypothesis of Lovelock and Margulis, and at the other, the endosymbiont-theory of, again, Margulis. The common point of view is that life is reconceptualised not as individuals locked in a war of all against all, red of tooth and claw, but as a highly interconnected and interdependent system not as neatly decomposable into disjunct subunits as might have been thought (to grossly oversimplify).

The wood wide web is closely associated with the research of Suzanne Simard, who recently popularized the concept in her book Finding the Mother Tree, and Stefano Mancuso, founder of the Society of Plant Signaling and Behavior, which started out as the Society for Plant Neurobiology, but eventually changed its name due to pushback from the community—so there’s a bit of controversy attached to the more radical outcrops. Simard’s life story was the inspiration for a character in Richard Powers’ The Overstory, which touches on many related themes.

For some more musing along these lines, if anybody’s interested, I’ve written a bit on the topic and related ones here.

Just to add an article (gift link) about this subject: 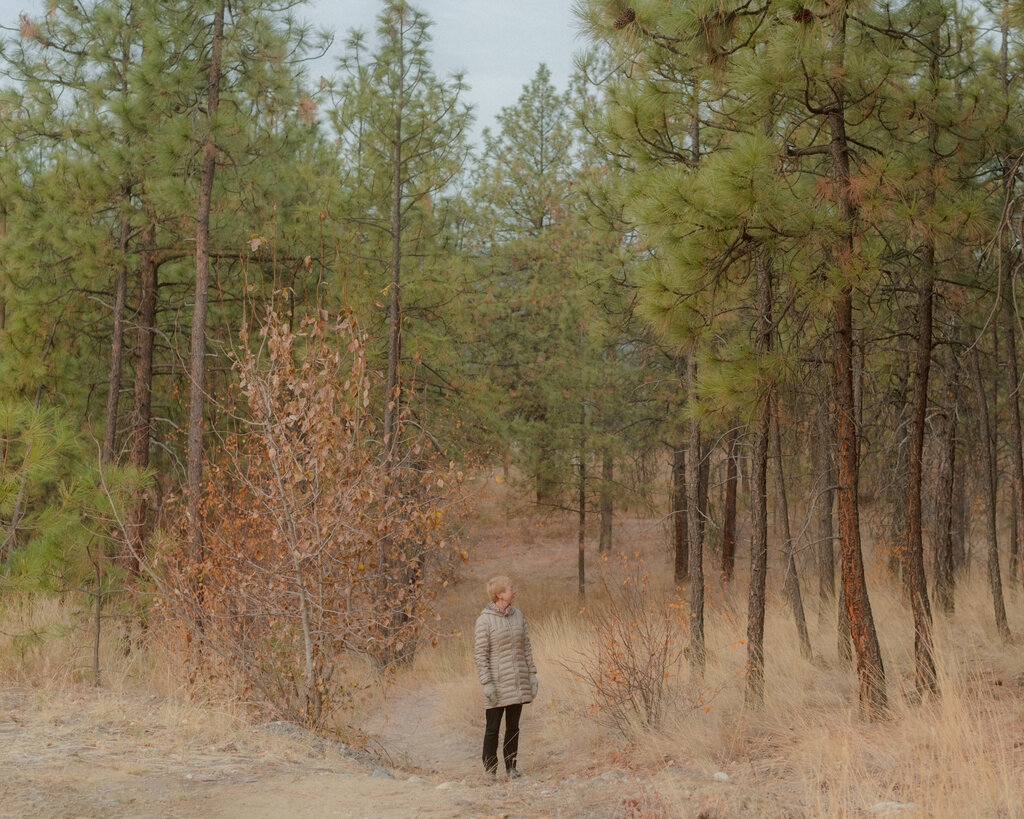 Are Trees Talking Underground? For Scientists, It’s in Dispute.

From Ted Lasso to TED Talks, the theory of the “wood-wide web” is everywhere, and some scientists argue that it is overblown and unproven.

As usual, it is not clear cut or simple, and not everybody agrees. So it is interesting.

The problem I have is using the term “talking” for what is just a biochemical process. There’s no thought or consciousness here.

The problem I have is using the term “talking” for what is just a biochemical process. There’s no thought or consciousness here

How would we recognize it, if there were?

To be fair, we could not use a browser on the world wood web, because they eat trees.

Did you mean Twigger?

Did you mean Twigger?

Did you mean water your limbwood?

We talk about computers and other devices “talking” to each other and “seeing” each other all the time, so I see no problem here using metaphorical language.

The effectiveness of mast years is being reduced by the effects of climate change as the seed number figures between peak years and trough years is narrowing. This means that the population of seed-munching animals isn’t being checked as effectively because the lean years aren’t as lean as they used to be, and this has the knock-on effect of a greater percentage of seeds being eaten. On top of all that, the synchronisation between trees in a forest, and between trees in different forests, is being thrown out of whack. Here’s some graphs for beech trees from Nature (link is to relevant graphs on google because paywall). Oak trees show a similar trend.

Until relatively recently, the title of World’s Biggest Organism went to a 2,400 acre fungus in an Oregon forest, but that’s now been bested by some seagrass in Australia. Still the World’s Biggest Fungus though - imagine the tree-to-tree networking going on in that one.