Especially since that seems to be false. The USPS owns more than 8,500 facilities according to their website.

Nonetheless, 25,000 USPS facilities are leased, so while what I heard is not quite correct, it is not entirely wrong. It is not clear to me how or why this leasing program got started.

Article from 1981 from the NYTimes indicating there were postal leases dating back to at least the Great Depression. And it explains the leases were often disadvantageous for the owners, rather than the USPS.

Maybe drop this one? You were wrong about it, but it’s not a particularly important point about operating costs. Downtown Manhattan? Maybe better to own. Downtown East Bumfuck? Leasing is probably a better option. 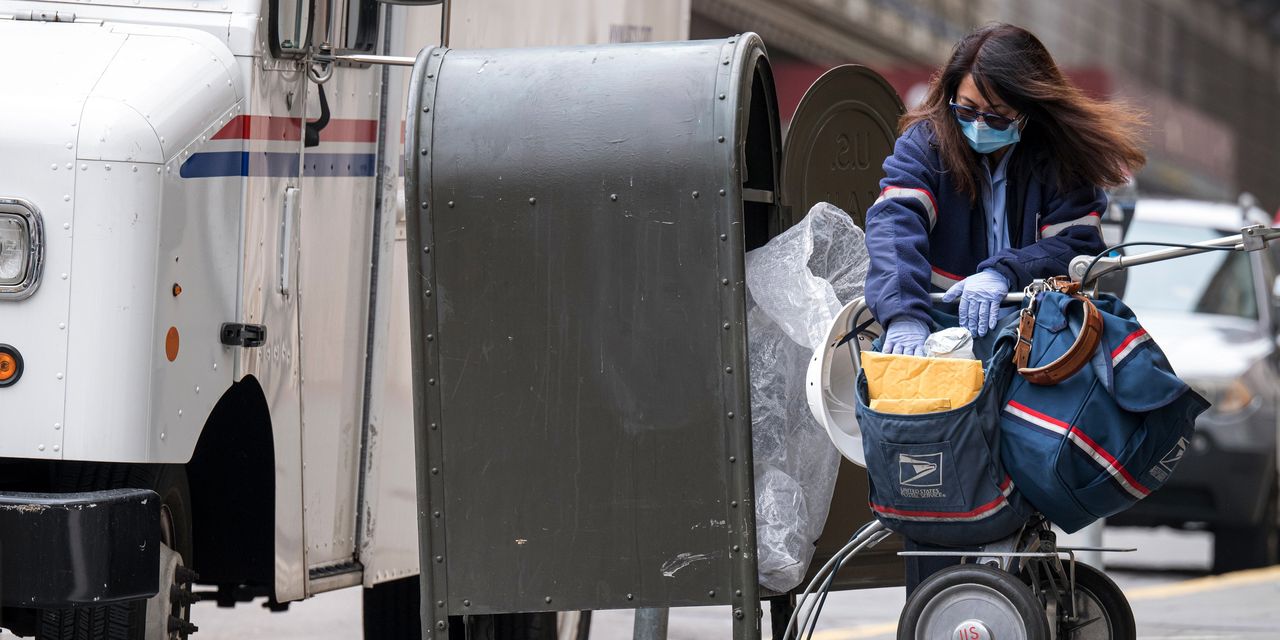 Postmaster General Louis DeJoy wants to improve reliability, modernize operations and financially overhaul the cash-strapped Postal Service. ‘The biggest change here is that we have a growth plan,’ he said in an interview.

The proposals to be disclosed Tuesday are part of Postmaster General Louis DeJoy’s strategy to improve reliability, modernize operations and financially overhaul the cash-strapped agency.

THAT is some industrial grade bullshit there. I want…I NEED Biden to open a can of whoop-ass on this guy.

THAT is some industrial grade bullshit there. I want… .I NEED Biden to open a can of whoop-ass on this guy.

Changing just one thing—letting Postal Service employees and retirees use Medicare instead of the separately-funded private providers they’ve been required by Congress to use—would likely put the service in the black.

Not to mention that it’s a service. It’s not supposed to be operating at a profit.

Isn’t the USPS’s Board of Govenors now a majority of Democrats? Shouldn’t they be scuttling LD’s rump outta there?

A January letter from U.S. Rep. Bill Pascrell, Jr. (D-NJ-09) calling for Biden to fire entire USPS Board of Governors.

Isn’t the USPS’s Board of Govenors now a majority of Democrats? Shouldn’t they be scuttling LD’s rump outta there?

They are but two of them are Trump appointees and voted to approve DeJoy’s hiring.

This has been a known issue (actually, looking back, I made this point over a month ago in this very thread). But one step at a time for now. Unfortunately, building things back up usually takes longer than tearing them down.

How true it is.

Friends of ours in Ohio just got, a few days ago, a Christmas card mailed to them from California on Dec. 9. 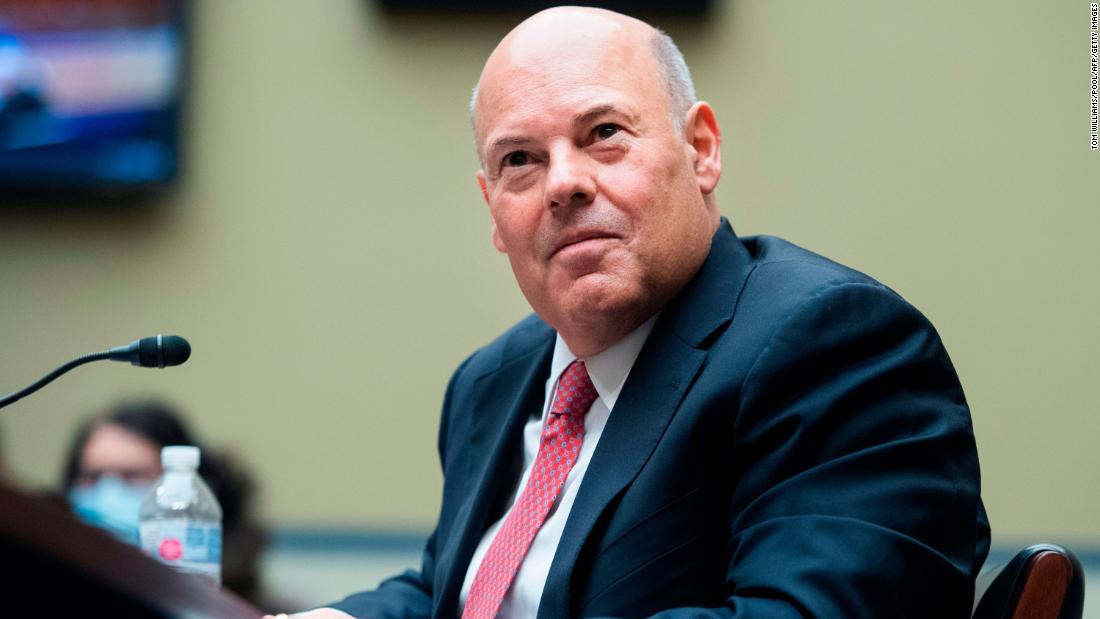 If he were working for a private business instead of a government agency, DeJoy would have been pushed out a long time ago, writes Jill Filipovic. He doesn't deserve his Trump era job--a partisan gift--that, with his new 10-year, cost-saving plan, he...

It’s ridiculous how utterly hobbled the USPS is right now. The point of dealing with it the way DeJoy is doing is to hobble it even more, then pointing out how ineffective it is, thus justifying defunding it even more.

Ah, the usual Republican approach in the Texas Legislature. Starve some state agency of funding, then point out how ineffective it is and claim it needs to be defunded/abolished because of its incompetence. It’s how they continually cut funding to agencies like Child Protective Services and special education in schools, believe it or not. Because we can’t be spending tax money on stuff like abused and disabled children, can we?

For conservatives, “How much is this going to cost?” applies only to poor folk. Delivering for America: Our vision and future plan - about.usps.com

Delivering for America: Our Vision and Ten-Year Plan to Achieve Financial Sustainability and Service Excellence - about.usps.com

Our plan preserves our ability to fulfill our universal service mission.

And then reduce service later anyway for the same reason.

Because we can’t be spending tax money on stuff like abused and disabled children, can we?

Well really, what’s the Return on Investment for abused kids? I guess maybe if Republican owned businesses were allowed to purchase them as workers or something…

For conservatives, “How much is this going to cost?” applies only to poor folk.

And then reduce service later anyway for the same reason. -

Thirteen U.S. House Democratic lawmakers on Monday urged the U.S. Postal Service's governing board to halt implementation of a contract that could be worth $6 billion to build up to 165,000 next-generation delivery vehicles.

The lawmakers, including Representative Gerald Connolly, who chairs a subcommittee that oversees USPS, Jared Huffman, Tim Ryan, Debbie Dingell and others, also suggested the decision was in defiance of an executive order issued by President Joe Biden to electrify the federal government’s vehicle fleet. They urged a delay until a full review is completed and Biden’s three nominees to the Postal Board of Governors are seated.

“Squandering this once-in-a-generation opportunity by spending billions of dollars on vehicles that will be custom built for obsolescence – indeed, by the end of their operating lives they will be the last internal combustion fleet vehicles on the road – and defying President Biden’s Executive Order is utterly unacceptable,” the lawmakers wrote

Of course Scumbag Louie will shit on everything at every turn - this time, with the fossil fuel lobby, making sure none of that tree-hugger EV shit gets any, heh, traction.

Can’t remember if it was pointed out anywhere else on these boards, but, there’s apparently a snag in going after Scumbag Louis:

How much trouble is Louis DeJoy in?

(heh - odd that the article has yet to auto-fill. Mais, pourquoi?)

There’s one major hitch, though. The Post investigation was only able to report on sources willing to describe an alleged straw donor scheme that began in 2000 and ran till 2014, the year DeJoy sold his company New Breed Logistics to XPO Logistics. The issue is: there’s a five-year statute of limitations on this particular campaign finance crime, so any offenses would have had to be committed after summer 2016 in order to prosecute.

I would be unbelievebly gobsmacked surprised - no fucking way would I believe that MD just suddenly stopped being involved in any Trump-related straw donor scheme from 2016 onwards, which the Statute of Limitations’d no longer apply to.