I said nothing about a political climate, that part you simply made up.

What?! You said that a perceived left wing news network will lie when there is no evidence, because the audience demands it, It’s propaganda. You seem to be projecting fox news values on others. That’s the right wing agenda now.

If it’s not political, then what climate are you projecting out that MSNBC lies to their audience?

Beyond that your whole statement is nonsensical, around the word truth, particularly.

To be clear, what I have said is that if they follow your recommendation of calling out Republicans on their lies, those Republicans will no longer appear on their show. This will result in poorer ratings, as people aren’t tuning in to see a couple of progressives debate calmly on policy nuances, they are tuning in specifically to see these Republicans lie their asses off, and yell at the TV the things they wish the anchor would say.

My statement was that it is toxic, it is lies, and so any other arrangement would be better.

You don’t disagree that it is lying? But you want to keep seeing it on TV? Why?

Ratings are a rolling doughnut. What rating look like when Rs are banned from lying is something we haven’t even begun to talk about. You are not ready clearly.

I have not been casual and cynical about them. I have simply explained to you why outlets like MSNBC, while not creating and disseminating lies as those like Fox do, will continue to have these guest on, and not do anything that will prevent them from returning.

Those networks are all lying by having Rs on to lie. If they stop they will not be lying.

The lies as scattered as they all are by topic are towards the same thing. Scare vulnerable people into fearing and donating to RW causes, to ignore, skew or cheat democratic election results. It’s not obscure anymore.

So lies on Fox do appear on CNN unchallenged.

I think you would be more informed by watching the cable news networks. It sounds like you don’t watch them maybe so you don’t have to weigh in. You are siloed too.

You mean in between foraging for food and dodging roving gangs of bandits in a post apocalyptic hellscape?

I’m not sure what you mean. Are you a prepper or an accelerationist? If we have a world it will have children in it. They will inherit it. It’s not an obscure mystery. If they learn lying at this scale this early it can’t be good.

If they learn lying at this scale this early it can’t be good.

You are right, IMHO. I kept thinking about this book:

It’s quite old (1987), but it is spot on about the lying. Apparently, according to the author, lying is a central tenet of Western culture. Of others, too, no doubt. But she was eerily prescient in that respect. And it’s important.
The other thing that comes to mind is Mephisto by Klaus Mann. The lying, the disassociation, starts with looking away. And journalists are taking part in the looking-away act by pretending that lying politicians are people worth listening to. On the other hand, outright banning isn’t likely to be useful, either. It’s important to call them out on what they’re saying, so you should let them talk.

On the other hand, outright banning isn’t likely to be useful, either. It’s important to call them out on what they’re saying, so you should let them talk.

Thanks. I’ll check that out.

They need to factcheck and reality check and not ban. But it may be effective bans if they continue to stoke anti-d lies.

It’s impossible to project from here what the world looks like if CNN does that to Kebmac. Fox will respond in some way. MSNBC might be the first to do it anyway. Although they are pretty scrupulous. Ari Melber does a decent job but I think even he knows that he is engaging in mutual handwashing sometimes.

I’m confused as to why it makes any positive difference to have liars on rather than ban them. Of course there will be exploitation of the fact by the RW. So what?

The lies need to come out as lies front and center. Calling them balance is doing so much damage. The status quo gave us anti reality RW talking points migrating to CNN. A few years ago we would not believe it. The gamesaying of Rs against all D words and deeds is beyond what I think democracy can hold.

I’m reading Neil Postman’s Amusing Ourselves To Death, from 1985 I think, btw.

I’m reading Neil Postman’s Amusing Ourselves To Death, from 1985 I think, btw. -

I’ve read that one. Postman surely was a cranky, pessimistic guy.

I’d read the book he wrote with Charles Weingartner, Teaching as a Subversive Activity, at an impressionable age and found it wonderful–still do. But when I started reading the stuff Postman wrote alone, I realized that Weingartner must have been a humanizing influence on ol’ Neil.

AOTD is definitely worth reading, but for my dime, Postman is too deeply into the ‘all that exists is a result of Virtuous Noble Good poor people versus Evil Rich and Powerful people; let’s shame the latter, and that will fix things’ mindset.

Just finished watching part 2 of a two-part documentary made by Four Corners, the iconic investigative program of the ABC (Australian Broadcasting Commission, not the American ABC.)

Aptly named ‘Fox and the Big Lie’, it examines the very incestuous relationship between Murdoch, Fox News and Trump, and claims that Fox is nothing more than a propaganda machine for Trump and far-right political views. The wonderful Sarah Ferguson delivers a compelling argument without histrionics or hyperbole. Well worth an hour and a half of your time.

Yeah, I’m half way into it. He has some ludditish type takes on mass media and community.

Yes, he does often appear to believe that there was a “golden age” of human happiness, before all this Newfangled Media stuff started—the 1980s version of media at that. He passed in 2003; I can’t even imagine how he’d survive knowing about today’s right-wing media and its doings. He’d be too apoplectic to write.

… Apparently, according to the author, lying is a central tenet of Western culture. Of others, too, …

One must keep in mind, though, that “lying” lays across a broad spectrum from harmless to toxic. Some lies may even have net benefit, depending on how you look at it. We do, yes, lie quite a lot, but a massive fraction of our daily dissemblances are not stupid/dangerous misinformation (unless we are orange-skinned and heavily publicized).

When ever I see this thread title my answer to myself is “Yeah, and water is wet”. 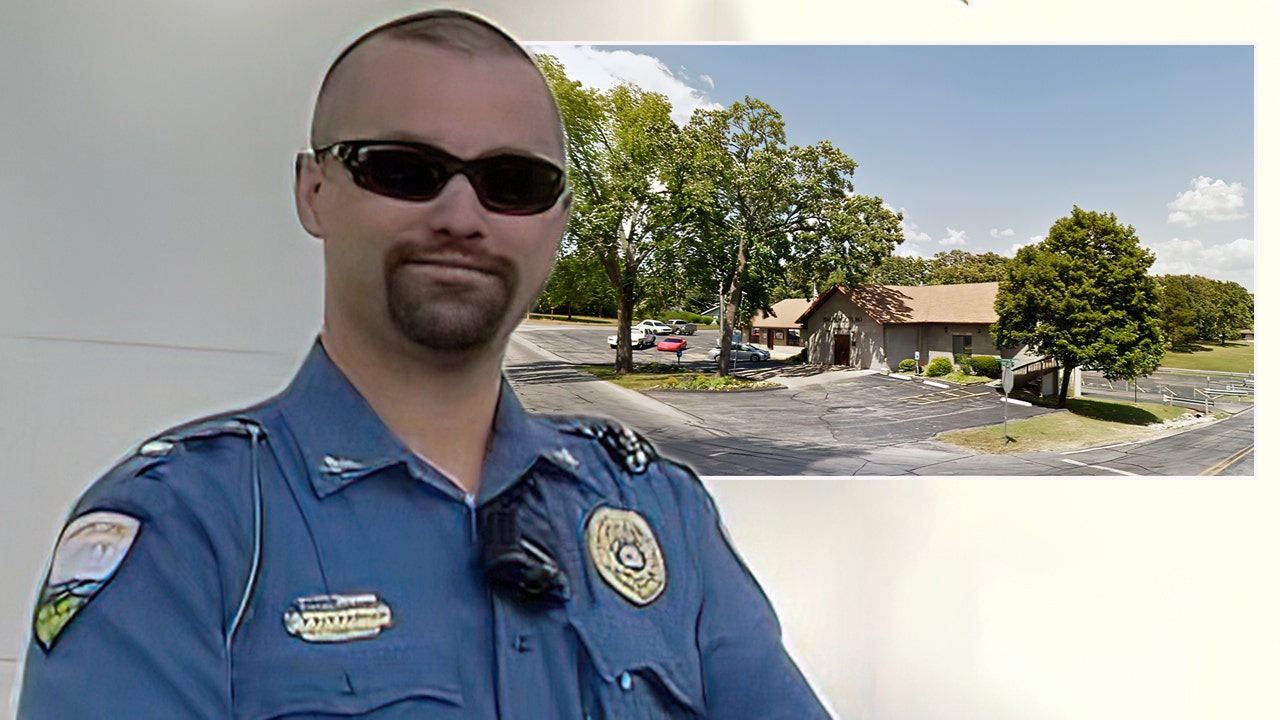 Missouri city police chief 'unexpectedly' resigns along with every single...

A Missouri police chief and all of his officers tendered their resignations, citing reasons from the pay rate to not having the proper tools to do the job

A chief and all of his officers tendered their resignations, citing reasons from the pay rate to not having the proper tools to do the job, leaving local leaders scrambling to fill the positions as many departments already struggle to stay staffed during the anti-police climate that swept the nation.

Trying to blame this on ‘defund the police’ cries as if they had ANYTHING to do with this in fucking Missouri.

That seems like a lot of presumably full-time folks. Although being in a vacation area, they may have a lot of tourist crap to deal with.

Well, they have three shifts to cover. That actually sounds like too few to me.

Here’s another one I spotted as I was viewing that link.

Russia complains of 'election interference' to US ambassador

They should make Fox News register as foreign agent based on the amount of Russian disformation they promote.

Well, they have three shifts to cover.

I grew up in an even smaller town. We had a police chief (full-time) and two(?) part-time officers (who were also on the city payroll as maintenance men). Patrolling only happened evenings/nights - chief was on call if anything happened during the day (it didn’t) and of course the county sheriff was there for backup.

But being a touristy town, they may need to show more of a presence.

They can always contract with County for Police coverage. Maybe cheaper.

Can I trash the Fox News website too? I love their non-news articles designed to stir up their reader–you know, the people of the land and the common clay of the West.

Here’s a fun one: 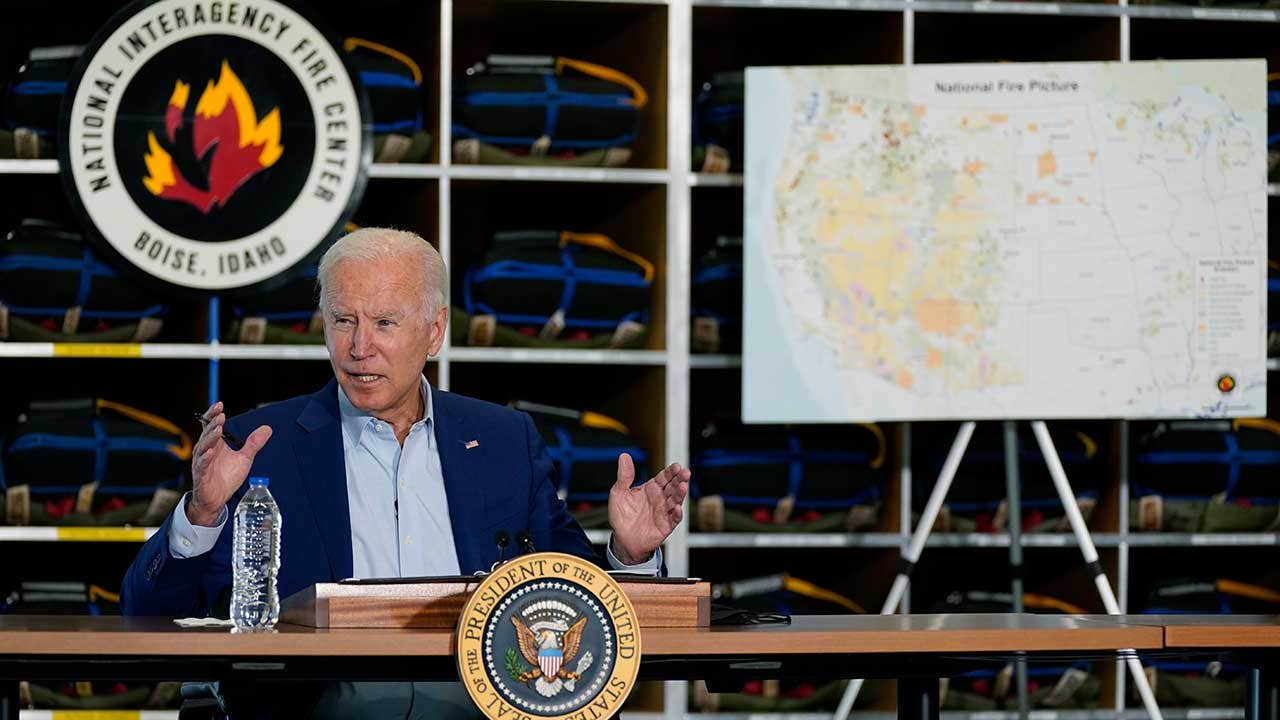 Idaho lumber company says 'no record' of Biden claim they gave him his 'first...

An Idaho lumber company where President Joe Biden claimed Monday to have received his “first job offer” claims there is no record to back up his story.

Because, of course, all companies maintain records of unaccepted job offers from over 50 years ago.

But, that’s not the best part. The best part comes with this nugget in the last paragraph:

Biden, who has a history of plagiarism and telling false stories…

It must be horrible to realize you have a president that lies so much. I just can’t imagine what that’s like.

Because, of course, all companies maintain records of unaccepted job offers from over 50 years ago. …

I hold no theistic beliefs and no belief in an afterlife. Yet I sometimes find myself contemplating a possible afterlife experience for Rupert Murdoch and his more disreputable son, Lachlan.

The experience I picture is not a pleasant one.