Prompted by the Columbus thread : Columbus in 1492 - #13 by GreenWyvern

where it is mentioned that Columbus took 2 months to reach the Caribbean !!

How long did Indians take to reach Greece / Rome or vice versa circa 25 BCE ?

I think this is the route :
https://upload.wikimedia.org/wikipedia/commons/f/ff/Periplous_of_the_Erythraean_Sea.svg

And here is a cite that ships did sail from the Red Sea to India - " According to Strabo (II.5.12), by the time of Augustus, up to 120 ships were setting sail every year from Myos Hormos to India:"

I doubt anyone would have done it in one go. It would have been a three-legged journey: By sea to the Egyptian Red Sea coast; by land or riverboats to the Egyptian Mediterranean coast (most likely Alexandria, which was a major port); and then onwards by sea across the Mediterranean. Alexandria to Greece or Rome was a heavily frequented route - it was taken, in particular, by the grain ships that carries Egyptian grain to Rome, which was an important part of Rome’s food supply during imperial times. But it wouldn’t have been one ship going all the way from India to Rome or Greece.

Just the last leg - Alexandria to Rome - would have taken you 16.8 days.

This site will give you intra-Roman Empire travel times, adjusted by mode and season, but sadly doesn’t extend beyond that to the eastern lands.

Also keep in mind that the times when you could do the voyage were severely limited. J.G. Landers gives an extensive account of ancient shipping in his book “Engineering in the Ancient World”; and while I don’t have my copy of that book within reach now, I remember it as saying that for almost half the time, Romans and Greeks wouldn’t go out to the sea at all - the seafaring season started some time in spring and ended in autumn, winter being too risky in terms of weather. Pharaoh Necho’s famous circumnavigation of Africa took three years because the expedition had to stop for hibernation and would only be able to resume the voyage the next spring.

The Canal of the Pharaohs needs to be considered regarding the time taken. 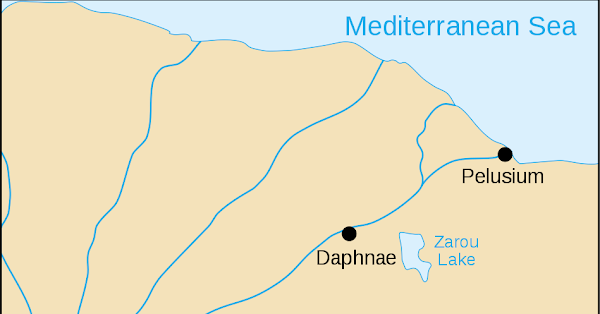 Canal of the Pharaohs: The Forerunner to The Suez Canal

It was very likely active in the days the OP is pointing at.

Ptolemy II, (ruled 284-246 BC) completed the canal and remained open, with some periods closed until 767 AD, when it was closed for good in an attempt to end a rebellion among Arabs.

Suez to the Indus Delta (basically Karachi*) Gujarat is about 5000km.
Roman ships usually went at about 5 knots speed. Which translates to about 50 days travel, without stops.
In real life at least the Red Sea portion would have involved stops.
After they crossed Arabia Felix, ie Yemen, they probably went totally non stop since until Karachi all ports were dominated by the Persians (who the Romans were often at war) and depending on the era so was Karachi.

*I am using the modern city as shorthand for the various ports on and around the Indus Delta, Karachi was not called that in antiquity.

Except for the rare adventurer, would a merchant or mariner ever make the entire trip? Certainly, no single ship did. Seems to me that the traders from India weren’t trading with Greek or Roman merchants but rather with East and North African merchants who would then trade those goods with Mediterranean merchants.

Right, however this points at the transfer of goods to be between ships on ports close to both ends of the canal. Still less time than taking all the goods over land; although I would think that fees in those times would still make many to take the land route between ports.

Except for the rare adventurer, would a merchant or mariner ever make the entire trip? Certainly, no single ship did.

"According to Strabo (II.5.12), by the time of Augustus, up to 120 ships were setting sail every year from Myos Hormos to India:

At any rate, when Gallus was prefect of Egypt, I accompanied him and ascended the Nile as far as Syene and the frontiers of Ethiopia, and I learned that as many as one hundred and twenty vessels were sailing from Myos Hormos to India, whereas formerly, under the Ptolemies, only a very few ventured to undertake the voyage and to carry on traffic in Indian merchandise.

The above is taken from wikipedia

Except for the rare adventurer, would a merchant or mariner ever make the entire trip?

Read this rather than guessing: Indo-Roman trade relations (see also the spice trade and incense road) was trade between the Indian subcontinent and the Roman Empire in Europe and the Mediterranean Sea. Trade through the overland caravan routes via Asia Minor and the Middle East, though at a relative trickle compared to later times, preceded the southern trade route via the Red Sea which started around the beginning of the Common Era (CE) following the reign of Augustus and his conquest of Egypt in 30 BCE. The southern rout...

The Periplus of the Erythraean Sea gives sailing times along the Rea Sea coast and along the Indian coast, but not across the Arabian Sea. There were a number of ports on both sides, 1-3 days sailing apart.

Pliny says that the voyage from Ocelis (on the Red Sea) to Muziris (in southern India) would take 40 days – but that would include a few stops along the way. We don’t know the precise location of Ocelis, but it was somewhere close to Muza towards the south of the Red Sea. There would have been stops along the southern Arabian coast before setting out to India, probably from Cana.

In The Roman Empire and the Indian Ocean (2014), Raoul McLaughlin estimates (from surviving sources) that there were about 120 large ships a year trading between Egypt and India. [EDIT: I see that am77494 already said that above.]

These were big merchant ships, with a capacity of 350-500 tons of goods. There may have been many smaller vessels as well.

Thank you. I think I found a link that says it took 2 months from Egypt to India.

“The South West monsoon was key for the voyage from the West to India: Ships would leave Egypt in July in order to catch the wind bringing them safely into India in September.”

So Columbus, assuming he had the old data, would have planned for 2 months. What really surprised me is that Columbus sailed in August of 1492 : that would have been a very bad time to sail for India (assuming he had access to old data). This is because, its Monsoon time in India, and the oceans seas are bad.

I think I found a link that says it took 2 months from Egypt to India.

That’s probably right, but the two months would include a number of stops at ports along the Red Sea coast and south Arabian coast.

They used the Monsoon winds, blowing southwest from about July to September to get to India, and blowing northeast from December to January to get back to Egypt.