Today we drove past the Tomales Bay in northern California. It was a gorgeous day, looking more like April than February. Everything was vivid green and bulb flowers everywhere were at their peak.

In the bay, but close to the road, we saw a mass of gulls and cormorants congregating in great excitement, so we pulled over to see what was up. There were dozens of sea lions thrashing around just beneath the surface of the water, porpoising up to the air, and diving down again. The surface of the water was torn with mobbing gulls and cormorants. There must have been a big school of fish, maybe sardines, and the sea lions and birds were hunting them ferociously. We saw gulls tearing fish right out of the beaks of the smaller cormorants. The whole feeding frenzy lasted about ten minutes, and then it all dissipated.

We’re still locked down in the UK, and golf courses are closed. Today I was cycling along a road which runs past Manning’s Heath golf course, when I saw a herd of deer on an unused fairway - this fairway, in fact. They were just beyond the tee area (the raised circular-ish thing in the foreground), standing looking at me as if it was me who had no business being there. I watched for a few minutes - four or five trotted off, then then the rest followed single file, up the hill and along the fairway. I counted 16 of them.

There are a lot of deer around here, but you don’t usually see that many that close.

Heard, but not seen - I believe there may be a bobwhite in my back yard.

Bare ground! It’s been above freezing for over a day now, and bare ground with brown grass is appearing in some of the sunnier spots. Woohoo!

I didn’t know we have woodpeckers out here, until I saw one at the suet feeder. I spent a happy half hour learning all about them!

Just now, there was a Redwing Blackbird at the feeder. He flew off before I could snap a photo. Maybe he’ll come back while I’m eating lunch.

Yesterday it was 68F. Today it is 70F. I’ve already got a pollen warning after only two warm days! And sure enough, checking around the yard shows stuff is starting to come up - my chive plant is sending out new shoots, the daffodils are just coming up, and the million bells plants in my hanging baskets have a few tiny new leaves on them.

The Chinese Magnolia in our yard is blooming: 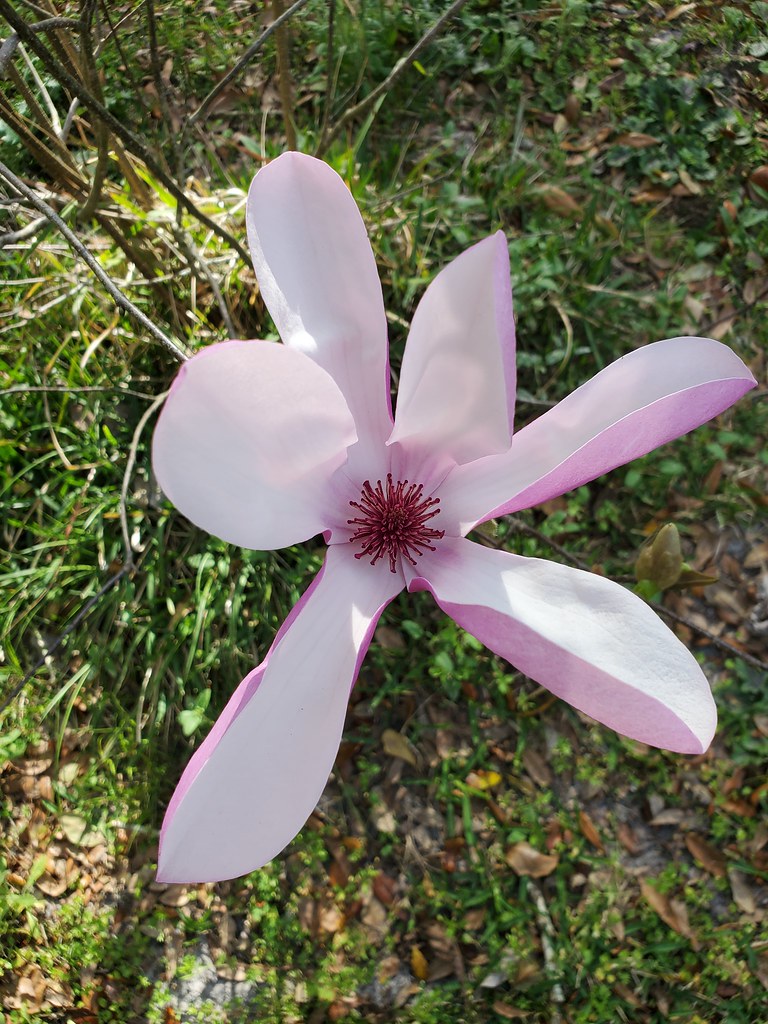 The flowers are purple on the back side: 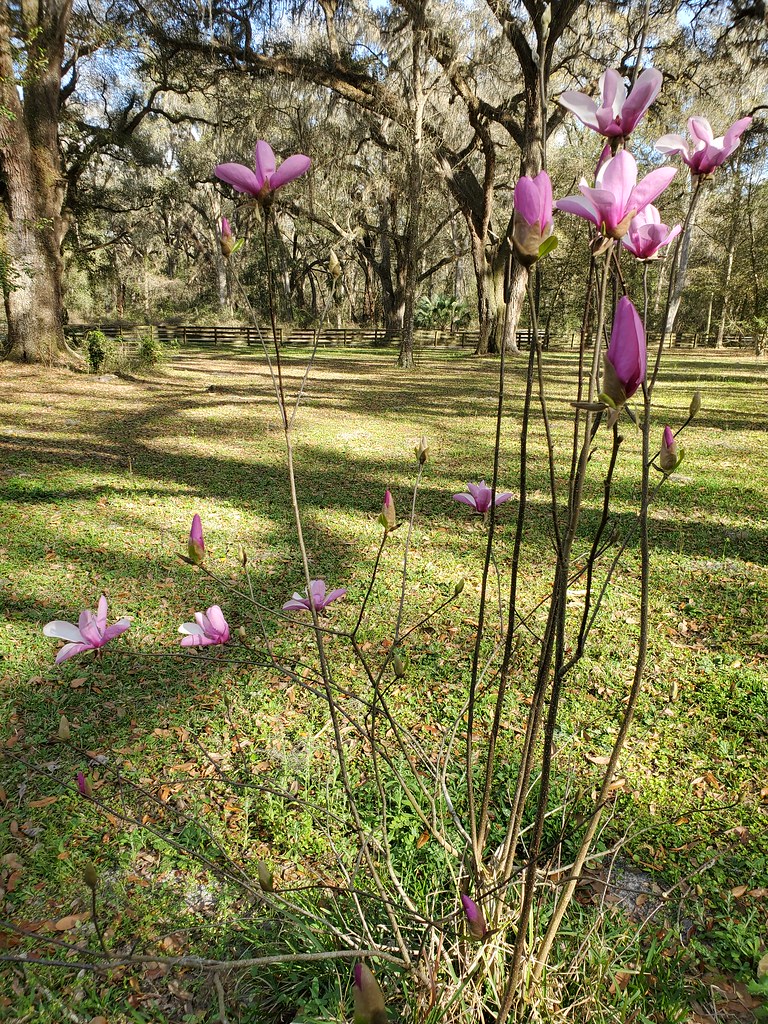 I put the hose in the well of a tree to give it a nice long drink and when I went back to look, the water was boiling with wrens bathing and splashing.

On my hike at Coyote Hills today, appropriately enough, a coyote (with hawk in the background keeping an eye on him): And, just down the trail a bit, a flock of turkeys: I did not know there were turkeys in the West! Cool.

We have pine warblers coming to the suet feeder. I hadn’t seen them here before the last week or so. 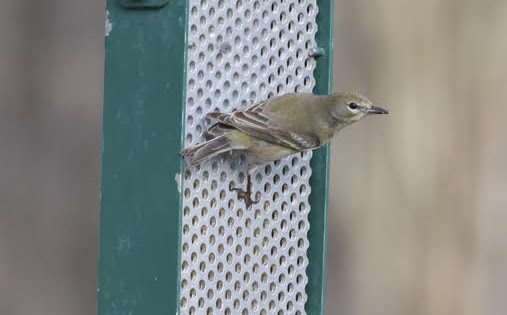